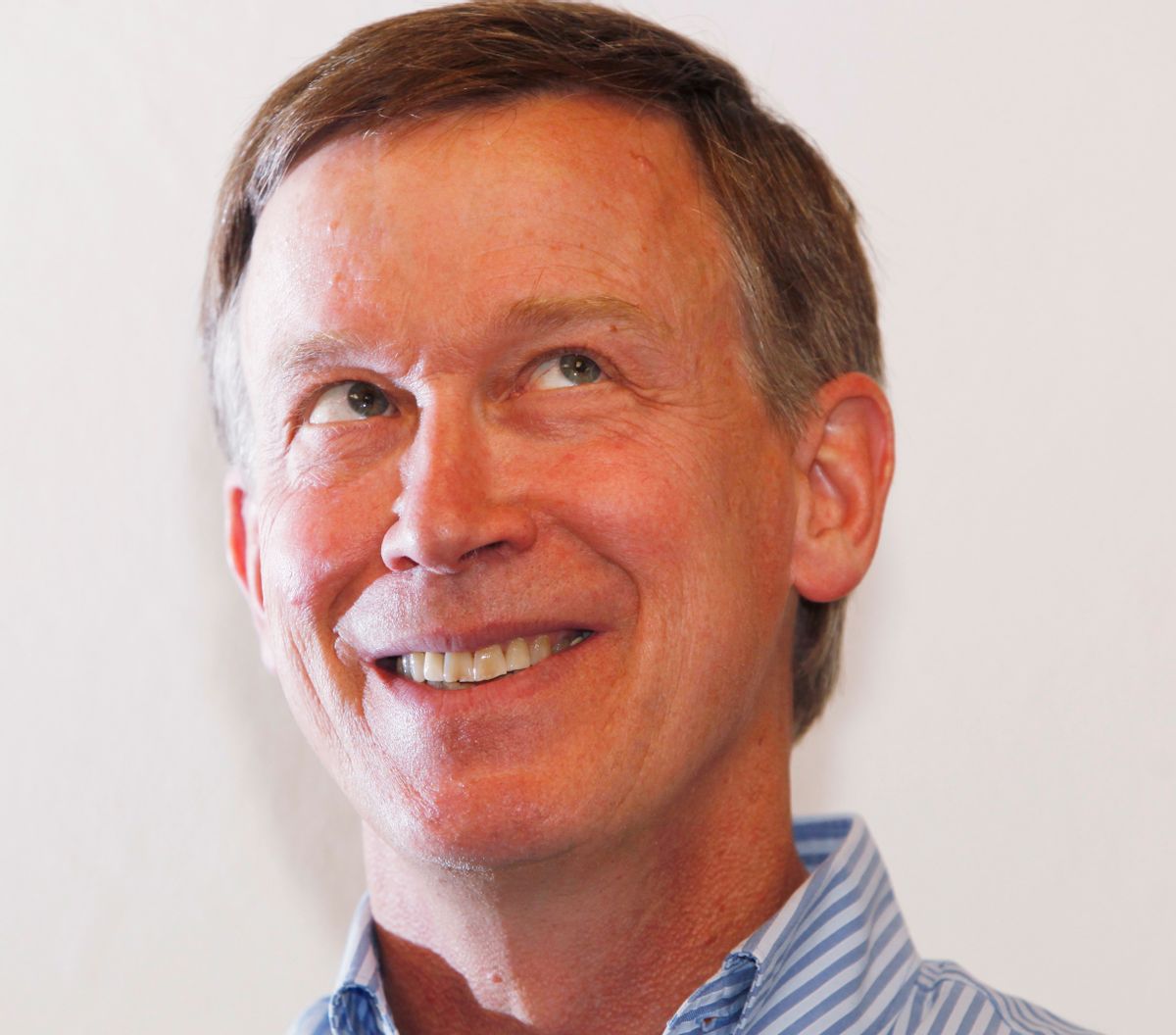 If you heard a drug dealer denigrate his competitor's product as unsafe, would you trust his criticism? Or would you think he's a hypocrite with ulterior motives? Last week, thanks to Colorado's Democratic Gov. John Hickenlooper, these became the central political questions in the fight over whether to continue America's destructive War on Marijuana.

The front line in that war is Colorado, where the federal government has interfered with its system of state-regulated medical marijuana businesses, despite President Obama's promise to refrain from doing so. Countering that crackdown is a 2012 ballot initiative that would make Colorado the first state to fully legalize marijuana and regulate it like alcohol.

Enter Hickenlooper. In the same month a poll showed majority support for the marijuana legalization initiative, the governor blasted the measure for allegedly "detract(ing) from efforts to make Colorado the healthiest state" and for "send(ing) the wrong message to kids."

What makes his announcement so stunning, and what evokes the drug-dealer comparison, is the governor's career as a purveyor of the drug commonly known as alcohol. That's right, as the founder of the state's first brewpub, Hickenlooper was instrumental in flooding the state with his beery drug of choice. In fact, he is so proud of his record pushing that mind-altering substance that he recently made national headlines telling reporters that "I'm the first brewer who's ever been a governor."

So it all comes down to trust. Will voters trust that their beer-mogul-turned-governor is actually worried about health and children? Let's hope not, because when you put Hickenlooper's brewing career and beer triumphalism next to his marijuana fearmongering, he's essentially saying that while pot is unhealthy and bad for kids, alcohol is not -- and that assertion is not supported by facts.

Whereas the Centers for Disease Control report that alcohol use is the third leading lifestyle-related cause of death, marijuana use has never been shown to kill a single person. Whereas the National Institute on Alcohol Abuse reports that more than a third of violent crimes are connected to alcohol use, no research has ever shown a correlation between violence and marijuana use. And whereas alcohol is a known carcinogen, pot has never been proven to contribute to cancer. All of this explains why in a 2006 commercial trying to make teenagers dislike marijuana, the Bush administration's drug czar's office inadvertently let slip that pot is "the safest thing in the world."

The standard retort to these facts is to insist that two wrongs do not make a right and to then claim that marijuana prohibition at least keeps one of those wrongs off the market. But those suppositions are negated by three realities:

1) Under our existing prohibition, marijuana is already "almost universally available," according to the federal government.

2) Because it is available but not legal, marijuana is not adequately regulated for quality, and that poses safety hazards.

3) Even if you do believe all mind-altering drugs are "wrong," it makes no sense healthwise to only let users choose a dangerous substance (alcohol) rather than a safer alternative (pot).

But then, that last item spotlights a powerful economic force shaping the politics of drugs. Despite the health consequences of alcohol, the alcohol industry has an obvious business interest in maintaining the status quo -- a market that legally prefers alcohol over marijuana.

This is almost certainly why the industry bankrolled the fight against more tolerant marijuana policies in California and probably why the nation's first self-described brewer-governor opposes the measure in Colorado. Alcohol peddlers and their political allies are simply trying to preserve a government-mandated monopoly -- health, safety and facts be damned.