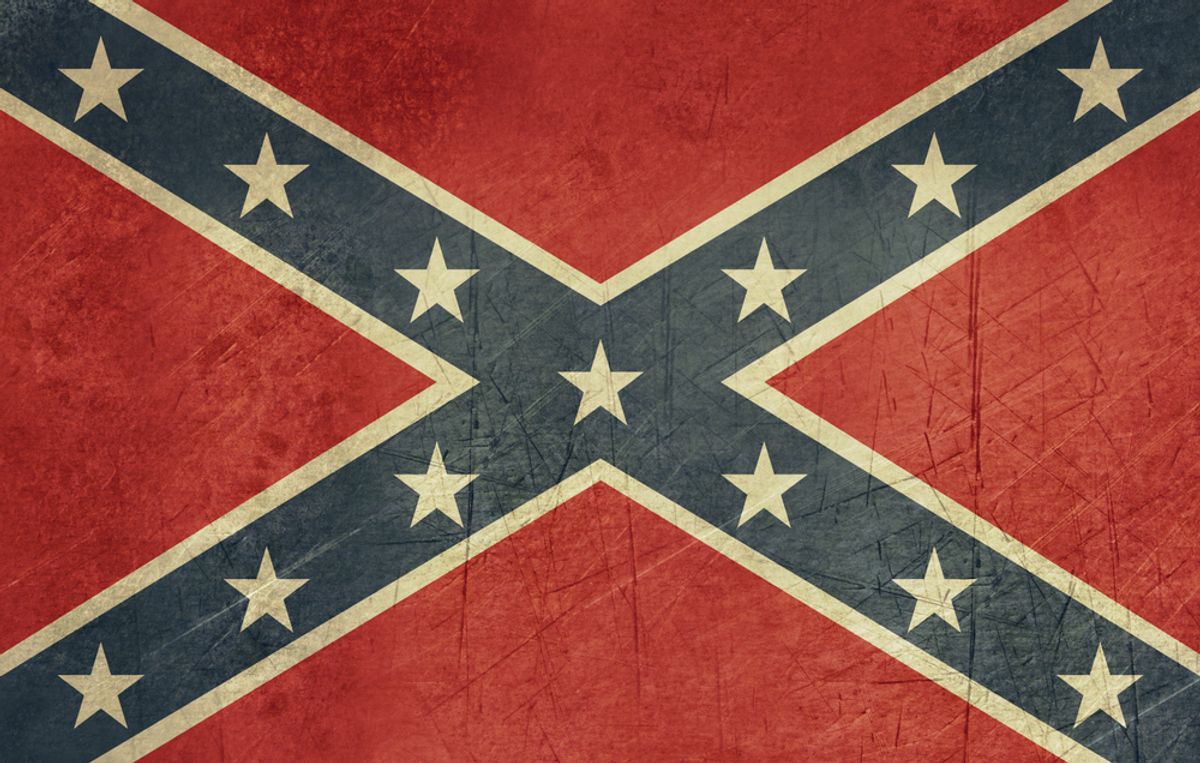 The '70s Southern rock band has decided that now is the time to to stop flaunting a flag that's been offensive to people pretty much since its conception. Gary Rossington, the only original member left in the band, told CNN that Lynyrd Skynyrd will stop using the Confederate flag as a stage decoration because it could be misconstrued as racist. "Through the years, people like the KKK and skinheads kinda kidnapped the Dixie or Southern flag from its tradition and the heritage of the soldiers, that's what it was about," Rossington said. "We didn't want that to go to our fans or show the image like we agreed with any of the race stuff or any of the bad things."

Most people have applauded Lynyrd Skynyrd for their decision, but there have been a few dissenters. CNN collected responses of fans who didn't support the action. "Good luck with your next release 'Sweet home Massachusetts.' I am sure it will climb the charts with a bullet in Yankee-land," said one. "This isn't the real Lynyrd Skynyrd anyway. They should have taken a name like 'Obama's Politically Correct Sell Your Soul Make Believe Impostors' or something," opined another.

Can someone reach out to this guy for comment?