My 20 minutes in fertility hell 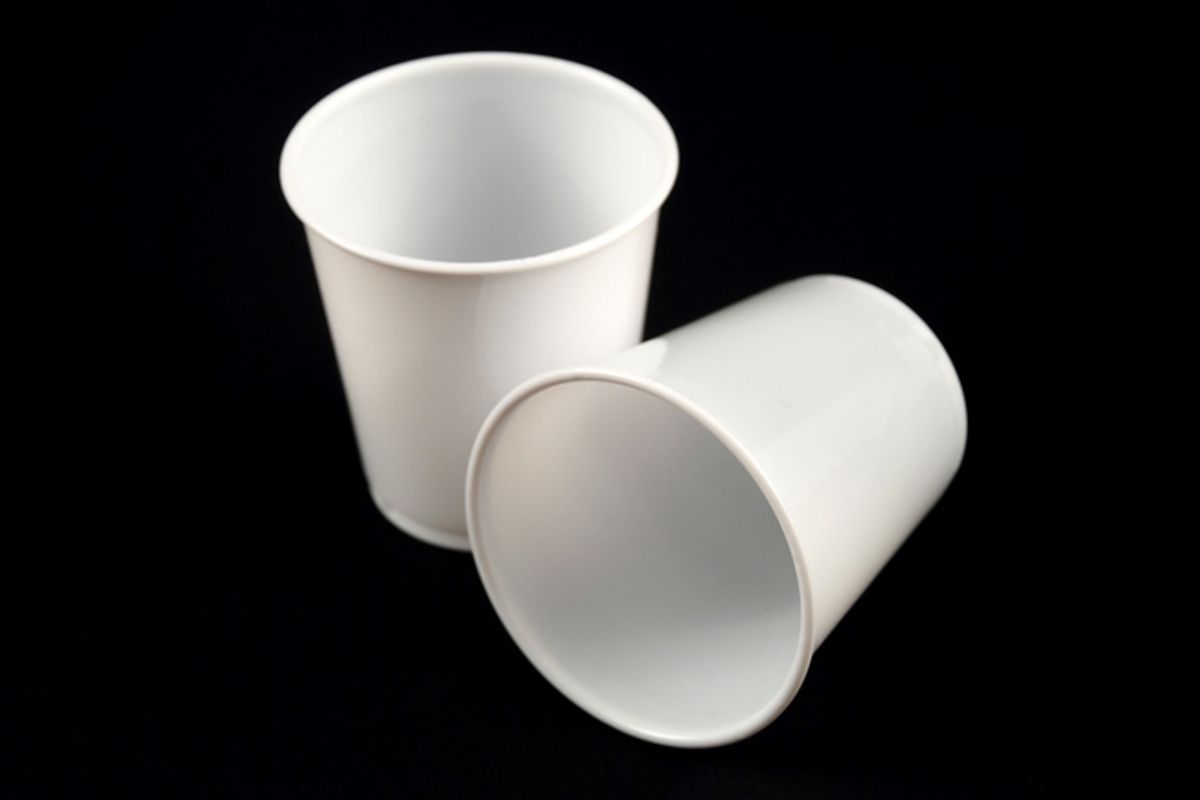 About a year ago my wife had a miscarriage. It was awful. After waiting a month we started trying to conceive again, and after many months with no luck we found ourselves crossing the threshold from “trying to have a baby” to “failing to have a baby.” We were now technically infertile. That stuff is all very important, but I’m only saying it to explain why I went to a professional jack-off room today.

I’ve made jokes about JO rooms before. Let met tell you: If you ever find yourself in a real JO room, you won’t be laughing.

I don’t mean because you’re standing on the precipice of learning you are unable to have children. Who cares about that? Even if you can have a kid, that kid is going to have a terrible life and die just like you. No, it’s the JO room itself that gets to you.

My appointment was at 8:30 a.m. I’m guessing this is a little before the doctor starts seeing patients, because there was only one receptionist and I was the only patient in the waiting room. That makes sense. You don’t want your JO guys looking at your single-ovary moms. No one can make a baby with that going on. No one would want to.

I had spoken to the receptionist a few times over the phone. She was really, really nice. I imagine you develop soothing phone mannerisms when your job is scheduling people to confront a bio-existential crisis. This made me feel bad, because she was a very sweet young woman whose first experience of the day was talking to a JO guy about the rules for jacking off in her JO room.

She asked if I’d read the instructions, which I had, and which had prevented a JO the day before (I needed to be two to five days abstinent). I also needed to have clean hands. I had showered right before the appointment; my hands felt clean. But they had also touched a bunch of crap in my crappy Saturn full of ancient coffee cups and they were about to get at my dick. I didn’t want to burden her with further information about how gross I am, so I said yes, I had followed the instructions.

She gave me a sterile cup, a thick white plastic bag like you get at the dentist, a form to fill out and a pen. (I immediately wondered how sterile it was.) Maybe I was nervous or maybe she waited too long, but I asked, “So, do I go home … or … what?”

She sort of laughed and said, “Oh no, we have a special collection room with materials” or something like that. Whatever she said was totally professional and alluded to the fact that this would be a good JO room.

She showed me to the JO room.

Inside was a large leather chair, the kind your dad would have in the den. In front was a matching leather ottoman. Who the hell JOs with their feet up is a mystery to me. Laid across the chair was a disposable towel, sort of like the bib a dentist puts on you to spit into. Were other dudes getting bare-ass for their JOs? Was that a regular way to JO? Take your pants completely off like a little kid at a urinal? But the person you are in a JO room, as I was soon to learn, was not the same person you are in real life.

A pair of headphones rested on the top of the chair. They plugged into a jack in the wall, something I have never seen in a non-JO room. In a lot of ways the JO room looked like an audiophile’s listening room.

Fact: There is no DVD in existence that is remotely sterile.

I put the plastic cup, form and pen down on the counter. There was another copy of the instructions — laminated, ew — which I read again to make sure I didn’t screw up. The sterile container had a piece of tape that broke when I twisted the cap, exposing its heretofore pristine interior to the harsh world of a JO room. Bad news, plastic container: It’s only going to get worse.

So, as you can tell, I was not keen on those DVDs. I decided to make a go of it with the magazines. That’s not my medium of choice — like every man of my generation, I’ve been masturbating next to a CPU for a decade and change — but I have an appreciation for the print medium. I’m 28; I started JOing when computers were expensive, laptops nonexistent, and your family only had one to share. Even later in life I hung on to some Victoria’s Secrets for old times’ sake. When I worked in a gas station during college I twice JOed to pictures in the Style section of the Washington Post.  I don’t mean the Sunday paper. I mean the grainy black and white Wednesday paper that bleeds when you sweat on it too much.

So yeah, I’m pretty good at JOing. I’ve JOed while driving a truck with a stick shift. I figured I would just bust this thing out, no pun intended, and get out of this JO room where bare-ass weirdos put up their feet to navigate title screens.

I dove right in, and that may have been my mistake. I flooded the engine. I was standing up at the counter with all my paraphernalia, thumbing through that Hustler with my left (non-sterile, non-dick) hand, and I could get the engine to turn over but not to start. My heart was going ape-shit. I don’t know if it was from physical strain (I kept sinking into a sort of squat and I was pumping furiously) or nerves (I was very nervous even during the drive) or what. I thought about moving to the chair and using the ottoman as a reading table but I didn’t want to try to perch on the lip of that morass of a chair. The more I thought about failing at JOing, the harder it — the JO, not my dick — became until I was the sweat-drenched Cathy of JO rooms.

At this point I took off my shirt. My flannel shirt, not my T-shirt. That felt better. I stopped sweating so much.

But that wasn’t going to solve everything. It was clear where this was going, why there were so many DVDs, why the architecture was so non-conducive to reading and JOing. This JO room had the structure of a Shirley Jackson story; I just needed to accept where we were headed.

On top of the DVD player were laminated directions for the two remotes but it was pretty easy to figure out. It’s not like there was cable and an Xbox. This television was used exclusively to JO to porn on DVD. I put the headphones on and turned up the volume. The sound seemed weird so I stopped JOing and listened. Sound was still coming from the TV. I took the headphones off and returned the volume to a very low level. Now I understood why the last guy had left it that way. I’m sure the receptionists will never receive a complaint about the bogus headphones.

She took my sample, made it seem totally normal, and reminded me when I should come back for the results. Actually, I think she hesitated just a little before taking the bag. That made me feel better. I was out of the JO room.

Greg Pollock is a writer in San Jose who really is not as disgusting as you think. You can read him every day on Twitter at @weedguy420boner.