The House Ethics Committee found no violations by Maxine Waters 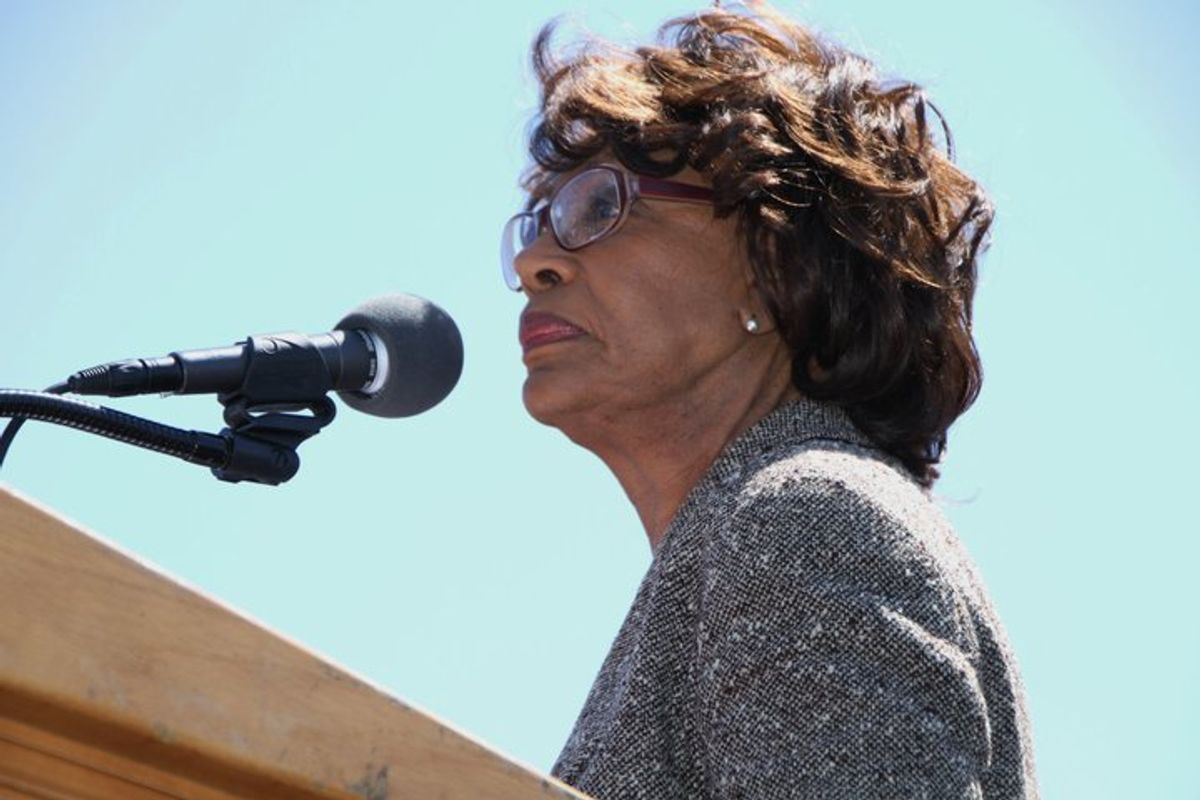 House Ethics Committee members said Friday at a hearing their investigation found no violation by Waters, a senior member of the House Financial Services Committee.

However, the committee said Waters' chief of staff, Mikael Moore, did take actions in Congress in an attempt to help the bank and violated House standards of conduct. Moore likely will receive a letter admonishing him for his conduct but will not face more severe punishment, such as a reprimand, by the full House.

Virginia Republican Rep. Bob Goodlatte, acting chairman of the panel, announced the tentative findings at the hearing but noted the committee had not issued a final report.

The acting chairman said that when Waters realized OneUnited was in serious trouble, she told then-chairman of the House Financial Services Committee, Rep. Barney Frank, D-Mass., to handle any further matters in the case. Goodlatte said, however, that Moore continued efforts in Congress to get committee help for OneUnited, even sending the committee staff an email saying, "OneUnited is in trouble."

Moore defended his actions, saying he violated no House rules.

The case could have had political implications because the California lawmaker expects to be the senior Democrat next year on the committee that oversees the financial industry. Waters, who routinely wins her Los Angeles district overwhelmingly, could become chairwoman if Democrats win control of the House.

Now serving her 11th term, Waters won her last race with 79 percent of the vote.

Her position on the committee also would be important to the Congressional Black Caucus because Waters is a senior member of the group. The caucus has been deeply concerned with how the mortgage foreclosure crisis affects minorities.

The key issue in the case was whether Waters requested the meeting at the Treasury Department to assist an association of troubled minority-owned banks — as she contended — or whether she was trying to get a bailout for OneUnited, the bank where her husband is an investor.

She contended she had nothing to do with the government's eventual decision to give OneUnited a $12 million bailout, and U.S. officials involved in the decision backed her up on that point. Ethics committee members ultimately agreed.

The banks were in trouble because of their investments in mortgage giants Fannie Mae and Freddie Mac, which were taken over by the government.

Waters had been under investigation since 2009, starting with the independent Office of Congressional Ethics. The case later shifted to the Ethics Committee, where it has caused much dissension.

The two committee lawyers who originally worked on the case were suspended by the panel's former Democratic chairman, who accused them of meeting with committee Republicans while excluding Democrats.

In February, all five Republicans on the committee and the panel's ranking Democrat withdrew from the case to avoid any questions about impartiality. In July, the committee named Washington attorney Billy Martin as an outside counsel to investigate Waters' conduct.