Romney's run an awful campaign. But his real problem is most Americans reject the Fox News/Limbaugh fairy tale 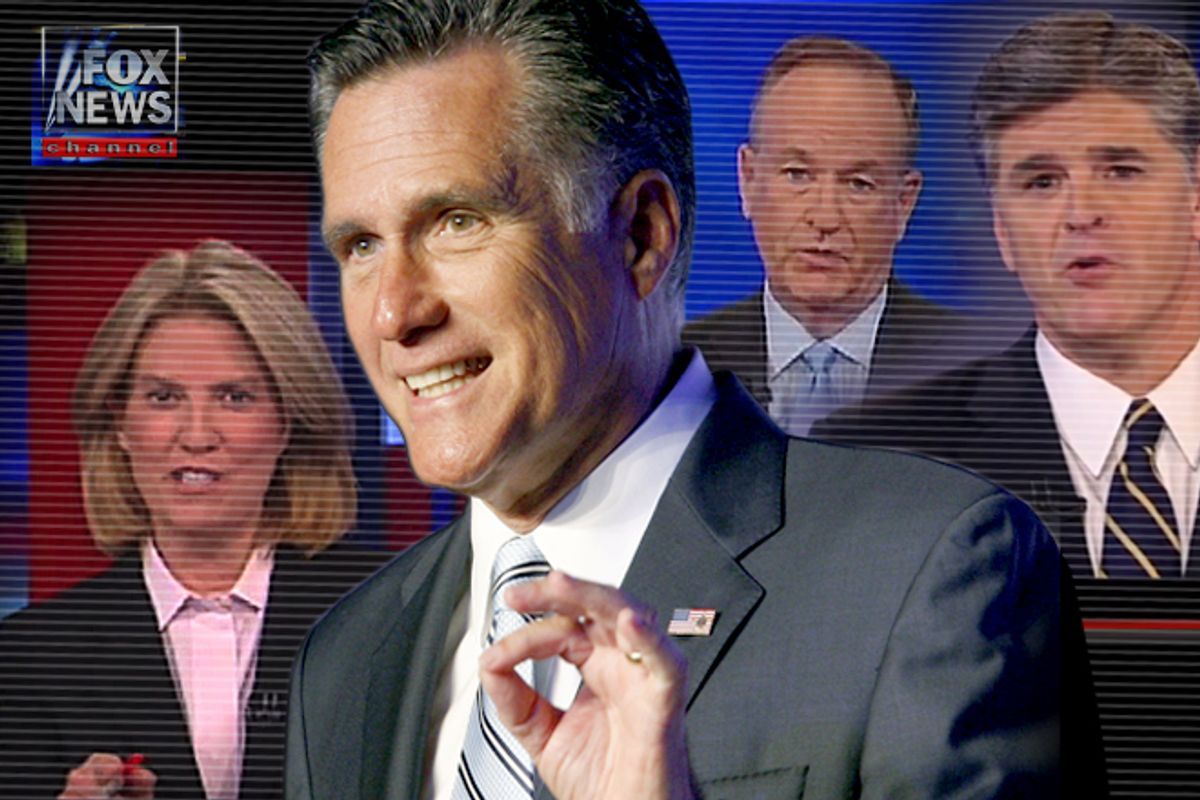 I’m still more hesitant to accept the post-convention polling than almost anyone, but suppose that Barack Obama has in fact pulled out to a solid three- or four-point lead over Mitt Romney. Is it because of the Romney campaign's mistakes? We’ve certainly seen several: a generally lackluster convention capped off by the Clint Eastwood moment (great TV, but almost certainly a wasted moment as far as electioneering goes), a reaction to events in the Middle East that was widely panned, and the “47 percent” tape.

Greg Sargent makes the excellent point this week that part of what’s happening is that Obama has pulled even or ahead with Romney on the question of who would do a better job on the economy, partly because a lot of people still blame George W. Bush for creating these economic problems but also because a lot of people are newly optimistic about the current economy.

There are two parts to this: First, the idea that the sluggish recovery would lead to an easy Republican win is just wrong. There’s a fair amount of disagreement among political scientists and others who construct election prediction models, but the general consensus is that the current economy suggests a relatively close race, with Obama perhaps a mild favorite for re-election. To the extent that people believe, however, that this was Romney’s race to lose – a belief that seems to be especially popular among conservatives – the current Obama lead seems to cry out for an explanation. Therefore, it’s natural that Romney and his campaign get blamed.

The second part is that Romney himself, or at least his campaign, seems to have massively misunderstood how the economy is perceived. That’s perhaps due to the conservative closed-information feedback loop. If most of your information comes through Fox News and Rush Limbaugh, you might think that the economy was just fine or maybe a bit on the weak side until January 2009 and that it has gone from bad to worse since then. Certainly, that’s what Republican rank-and-file voters seem to think. In the meantime, while Democrats are optimistic about the economy and Independents are moderately pessimistic (but far less so than in 2008), economic confidence among Republicans is as low as it was back in the nightmare winter of 2008-2009.

The outcome of all this is a Republican campaign theme emphasizing the question “Are you better off?” -- a terrible match for what are, after all, miserable economic circumstances. Rather than inviting people to compare the present to how things should be -- and therefore encouraging them to compare Barack Obama to whatever their ideal might be -- Romney is asking people to compare Obama to George W. Bush. While that might work really well among those listening to Sean Hannity or Glenn Beck, it’s a losing fight with everyone else.

And yet blaming Romney for this one – or for his “47 percent” statement, or for his botched response to the deaths in Libya – is missing the point. For that matter, so is looking at his choice of Paul Ryan as a running mate, which invited everyone to think about Ryan’s unpopular history of opposition to traditional Medicare and Social Security.

The truth is that Romney is constantly constrained by what conservatives want him to do and by what they believe. Furthermore, what they want is generally unpopular, and what they believe is far too often simply cut off from the reality that the rest of the nation lives in.

So Romney cannot have a coherent foreign policy because what his voters want to hear is that Barack Obama sympathizes with terrorists. Most Americans, meanwhile, think of Obama as the guy who took out bin Laden. Romney cannot have a sensible tax policy because conservatives insist that he promote large, self-funding tax cuts for the rich. Most of the nation, however, supports raising taxes on the rich, and reality insists that cutting taxes also reduces revenues. Also, Romney didn’t invent the 47 percent nonsense; whether he truly believes it or not, he was simply parroting back what his voters have been hearing for years from Rush Limbaugh and others like him.

Nor would another candidate fare any better. Some have suggested that Romney is unusually constrained by conservatives because they don’t trust him, and so he (unlike a hypothetical "real" conservative nominee) isn’t able to move to the middle. But there are two problems with that theory.

One is that it’s likely that any winning candidate, after spending years fighting for the Republican nomination, would be so far inside the conservative closed-information feedback loop that he or she would be doing the same things. It's not because the candidate pressure from the right but rather because he or she has lost perspective on what anyone outside of that loop believes. And the second is: We’ve seen no evidence that Tea Partiers are willing to trust anyone.

Sure, we’ve had some campaign goofs that appear to be about Romney and not the GOP: the flap about his tax returns, the decision to put Eastwood on the podium without a script, the candidate’s brilliant plan to insult the Brits over the Olympics. But for the most part, what’s been happening hasn’t been a series of gaffes; it’s been the very predictable consequence of the triumph of Tea Party conservatives in the Republican Party.