Is a Virginia Democrat trying to lose? 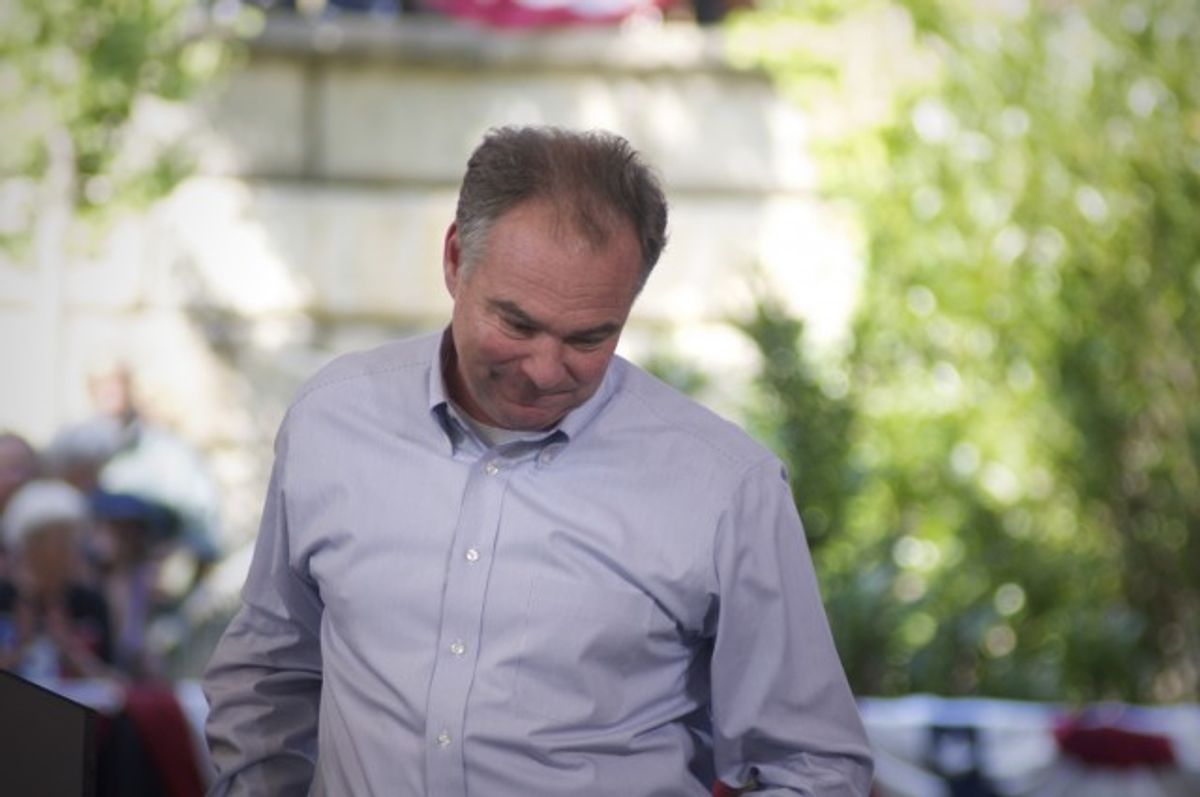 Barack Obama’s 2008 win in Virginia came as a surprise to many observers, but his continued durability is not hard to explain. After four years, he still wins the overwhelming majority of African Americans, a large majority of Latinos, and a solid plurality of white voters.

But Obama’s advantage has not carried over to Virginia Democrats. Despite his long tenure in Virginia politics—mayor of Richmond, lieutenant governor, and governor—Tim Kaine is performing at the level of a generic Democrat in the state. For most of the year he has been neck-and-neck with George Allen, the former governor turned former senator (Virginians tend to recycle their politicians) who lost his 2006 re-election race when he used an obscure racial slur to disparage a Democratic operative. That Kaine has been tied with an avowed neo-Confederate is, I’m sure, distressing for his campaign.

Indeed, it explains his decision to buck Democratic Party messaging and give a lifeline to Mitt Romney, who has been under fire for his dismissive remarks toward the 47 percent of Americans who don’t pay federal income taxes. In yesterday’s Senate debate with Allen, Kaine floated a minimum income tax for all Americans, meant specifically for the 47 percent:

Kaine was responding to a question from moderator David Gregory about whether “everyone in Virginia should pay something in federal income tax” in light of Mitt Romney’s leaked complaints about the 47 percent who he considered “dependent” on government.

“I would be open to a proposal that would have some minimum tax level for everyone,” Kaine said. “But I do insist, many of the 47 percent that Gov. Romney was going after pay a higher percentage of their income in taxes than he does.”

Kaine is a high-level politician, but this is a clear sign of his poor political instincts. Despite the cries from movement conservatives to punish “takers” and “parasites,” few politicians—and none in the Democratic Party—have proposed anything to raise taxes on the seniors, students, middle-class families and poor Americans who don’t pay federal income tax. That’s because the issue is a pure product of deductions and credits—like the Earned Income Tax Credit—that are designed to reduce the income tax burden for middle-income families, and incentivize work for lower-income Americans. Kaine was trying to attract higher-income Virginians who might be amenable to a more general alternative minimum tax, but in the process, he may have alienated a larger swath of the state with his call for higher taxes.

What makes this an even worse stumble is the fact that Kaine’s path to victory depends on the Obama coalition. If he can persuade Obama voters to pull the lever in his favor, he’ll find himself on the winning side of November 6th. Given the degree to which he still underperforms Obama, Kaine should be focused on building Democratic enthusiasm. Indeed, there’s still a little slack in the electorate—George Allen, who once displayed a noose in his Charlottesville law office, is winning 11 percent of African Americans in the state.

There’s a good chance Kaine will escape unscathed by this unforced mistake. If the latest polls are any indication, he has begun to catch up with President Obama—he holds a 4.4 point lead in the Real Clear Politics average, and has reached the 50 percent mark in polls from Fox News and the New York Times. But the race isn’t over, and moves like the one yesterday could keep Obama voters away from his candidacy.

And if Kaine is elected, despite his efforts to the contrary? Well, liberals can count on working with a senator who will pander to conservatives for the slightest political advantage.