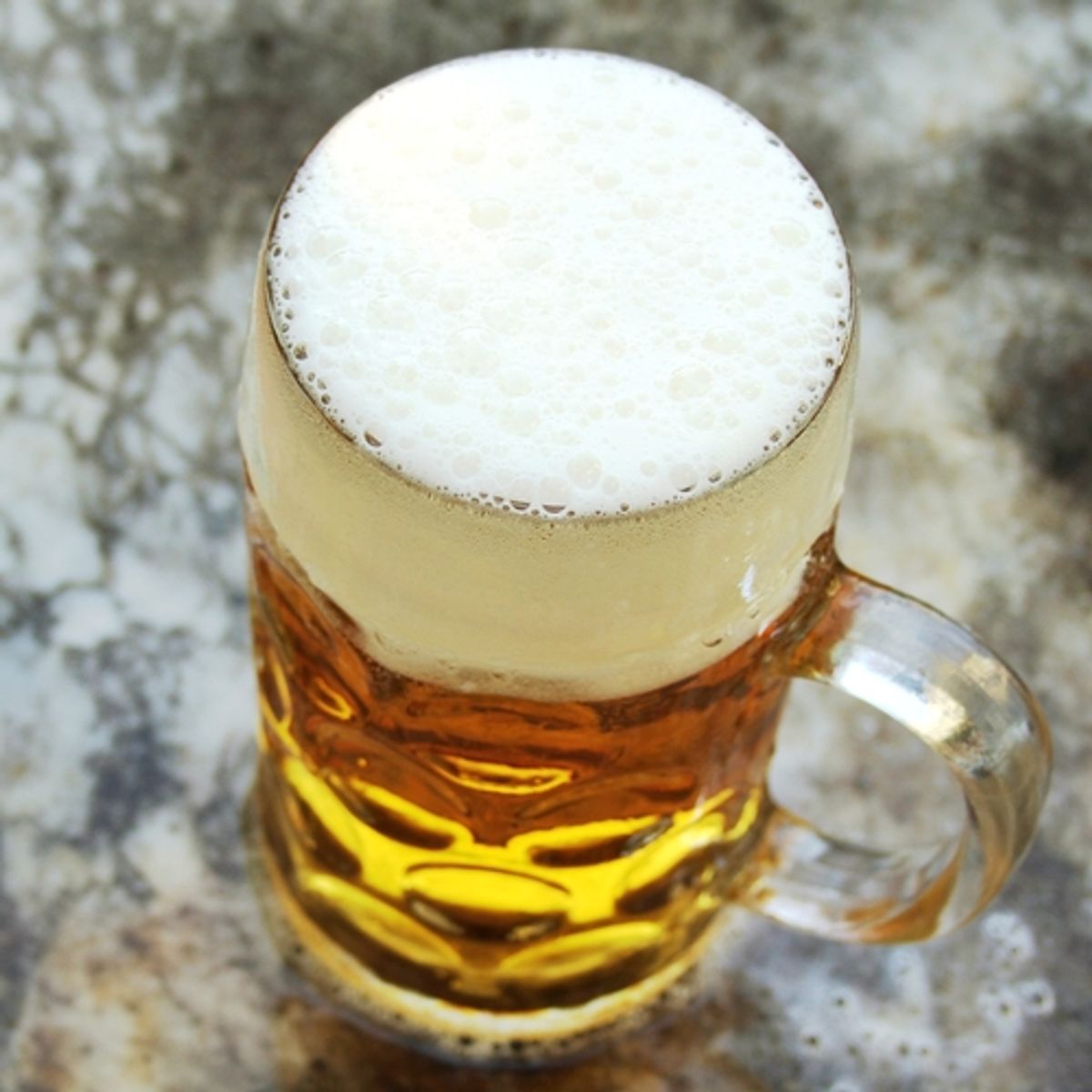 It’s everyone’s favorite maritime warfare board game with an alcoholic twist: every time one of your shot ships' sections gets hit, you must sink it down your gullet. The loser has to drink the rest of the winners’ remaining shots. If the way it’s traditionally enjoyed—by college students in pajamas playing on old pizza boxes with crappy grids drawn on—doesn’t sound enough of a classy cruise to you, you and your friends can buy a BattleShots™ box set to add a little classiness on your voyage to becoming as drunk as sailors.

Add a little gentlemanliness to your eve of drunk-sport with a round of Mustache TV! The rules are simple. First draw a nice mustache somewhere on your television screen. Then all must drink whenever a face on your programme lines up with the mustache—drink twice if the character already has a mustache. If the thought of dry-erase ink on one’s precious flatscreen is too much to bear—or you can’t trust drunk-you to discern a dry-erase marker from a permanent one—one may opt to tape a mustache to the screen instead.

Unlike understanding the character for whom this game is named, the rules of this game are very simple: players must live in Edward Scissorhand’s shoes by losing the use of their hands… at least for as long as it takes for them to empty two 40 oz. bottles of malt liquor beer. Using duct tape and the aforementioned 40s, each person will become a clanky abomination unable to properly high-five, operate a light switch or go to the bathroom. You can only escape this cruel and smelly fate by turning the bottles upside-down over your head—how much is left in the bottles is up to you and your liver. But then you must prepare for the horror to come: ripping off the knot of duct tape wrapped around your hands. Variations include Amy Winehands (use wine instead) and Edward Foritohands (replace one 40 with a burrito).

There’s a few more materials required for this one—namely a copy of Mario Kart and a console to play it on—but the average college campus isn’t facing a deficit of these. Players race to be first to the virtual finish line as usual, but with one real-life caveat: you must somehow drink your whole beer in between the moment the race starts and the moment you complete your last lap. Race strategies for this game (if you aren’t already a few sober brain cells short of a pit crew already) include holding the controller and bottle close to your face to drink, clenching the bottle in your teeth and lean your head back and (for the daring) shotgunning the entire beer before hitting the gas. While the last strategy gives everyone else a head start, the kid-friendly nature of the game gives losing players a big bump. And as a bonus players may learn just how difficult it is to drink and drive.

Prove yourself the mightiest of mages and the most spectacular of sorcerers with a game of Wizest Wizards! Throughout the night of spells, spirits and slurred speech, every time a wizard finishes a beer he must tape his new beer on top using a single-layer wrap of tape. The challenge comes from keeping your staff together whilst drinking from the top. At any time, other wizards may challenge one another with Gandalf’s famous utterance, “You shall not pass,” and proceed to swing their scepters together until one breaks—the weaker wizard must drink the equivalent of how many cans were broken off of your scepter.

This is less of a drinking game and more of an intoxication triathlon, a way to prove the might of your hedonism head and shoulders above mere mortals. Teams of four must compete to first conquer a 30 pack of beer, then triumph over an eighth of an ounce of marijuana, then prevail over two large pizzas and finally complete a 100-piece puzzle before midnight. The order of events before the puzzle can vary, and most see it more as a matter of who can complete it at all rather than a matter of speed. Those who complete the challenge win nothing but glory and a terrible tomorrow.

For those looking to get really hammered in both senses of the word, there’s a game for you. To play, you need one hammer, one tree stump, one nail per player and lots of beer. Everyone takes turns trying to hammer down everyone else’s nails (whether it’s the nails in the stump or the nails on other players’ fingers depends on drunkenness) , but players can’t simply swing the hammer—it must be flipped once in the air, caught and brought down immediately. Hit someone’s nail, they drink. Miss, you drink. Hit your own nail, it’s time for bed. Rumored to have come from the German game hammerschlagen.

This marsupial-themed drinking game is born and raised in New Zealand and has grabbed media attention for its simplicity, stupidity and immense potential to cause property damage and bodily harm. Players climb into trees like opossums and start pounding back their 24 beers unlike opossums—whoever drinks all their beers first wins, whoever falls out of the tree loses. Authorities wish drinkers would play dead instead because players break heritage trees, break glass and then fall onto that glass.

Drunk athletes can prove themselves a regular Lance Liverstrong by competing in the Tour de Franzia. Teams of 4 compete in a relay where each player must endeavor to chug Franzia boxed wine and complete a lap on a bike, which can be anything from a neighborhood block to an obstacle course. While the first teammate is on their lap, the second rider chugs as much Franzia as possible before passing off the bag to the next person and riding. What the first team to finish their Franzia and laps wins is up to whoever is running the league, but everyone gets scrapes, bruises and possibly missing teeth for participating.

The folks from down under bring us a dizzying game based on the popular game show,Wheel of Fortune. In order to capture the authentic Australian-ness of the game, be sure to use the proper vocab in polite company. To play the game, “peg” any number of “goonsacks” (boxed wine, the word referring to the bladder of wine inside the box) to a “Hills Hoist” (a type of rotating clothes line) and have everyone stand in a circle around it. Give it a good spin and players must get a mouthful of whatever “goon” stops in front of them. Be sure your variety of “goonbags” reflects the variety of colors onWheel of Fortune’s wheel, and fill one with plain water to play the bankrupt space. Play until no one can spin anymore.