The band insists it's about "Heritage not Hate" 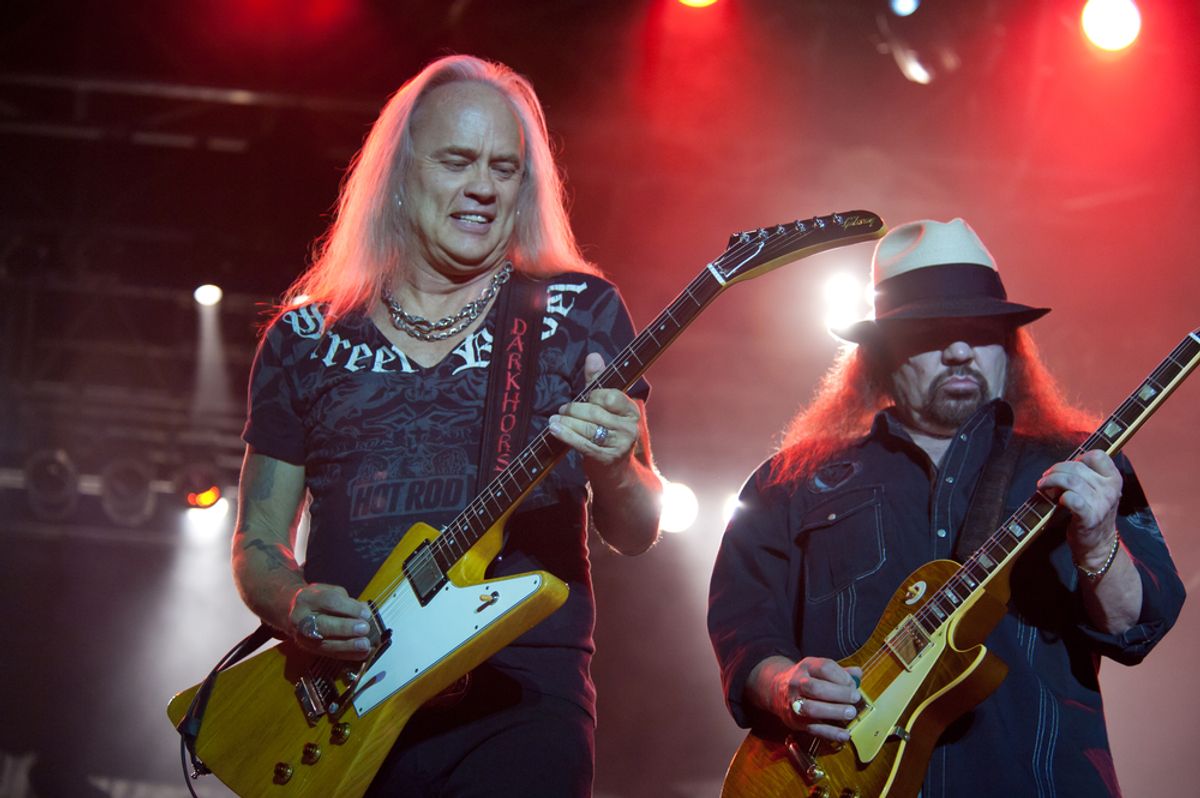 Recently, Lynyrd Skynyrd told CNN that it has stopped associating itself with the Confederate flag because "it became such an issue about race." The flag had been hijacked by the KKK and other hate groups you see. However, after receiving lots of media attention and fan backlash, Skynyrd is sticking with the flag after all.

I wanted to clarify the discussion of the Confederate Flag in our recent CNN interview. Myself, the past and present members (that are from the South), are all extremely proud of our heritage and being from the South. We know what the Dixie flag represents and its heritage; the Civil War was fought over States rights.

We still utilize the Confederate (Rebel) flag on stage every night in our shows, we are and always will be a Southern American Rock band, first and foremost. We also utilize the state flag of Alabama and the American flag, ‘cause at the end of the day, we are all Americans.

I only stated my opinion that the confederate flag, at times, was unfairly being used as a symbol by various hate groups, which is something that we don’t support the flag being used for. The Confederate flag means something more to us, Heritage not Hate…

In other words, the next time you see a Confederate flag at a Lynyrd Skynyrd show and you are a little offended, don't see it as reference to slavery--see it as a reference to all the good stuff that the antebellum South was known for.