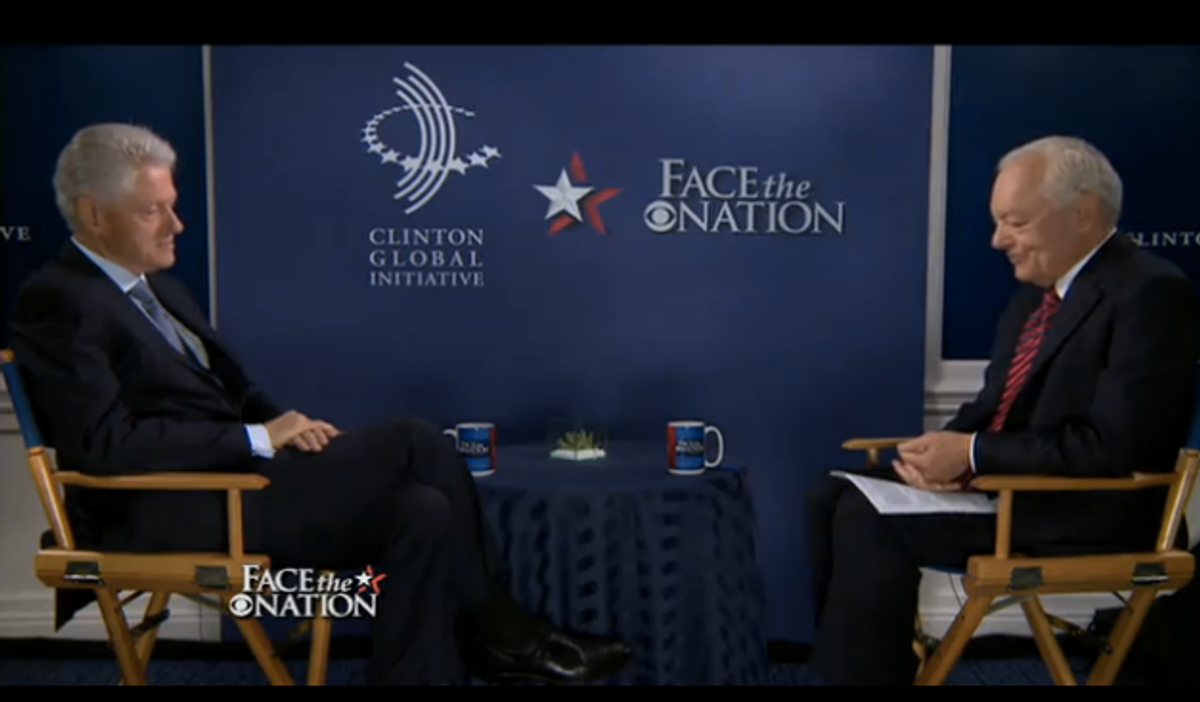 With fewer than 7 weeks until the election, pols and pundits made a show of force on the Sunday talk shows:

"Mitt Romney does not have the passion for the stuff he’s talking about," Brooks said. "He’s a problem solver. I think he’s a non-ideological person running in an extremely ideological age, and he’s faking it. So if I were him, I’d go to what he’s been for the last several decades of his life: be a PowerPoint guy. Say ‘I’m making a sales pitch to the country here are the four things I’m going to reform. You don’t have to love me but I’m going to do these four things for you.’ And so I’d do a much more wonky and detailed thing than he’s done so far."