Fiona Apple and her captors: The saga begins

After being locked in a Texas jail, the singer spoke out against the cops' behavior. One of them has responded 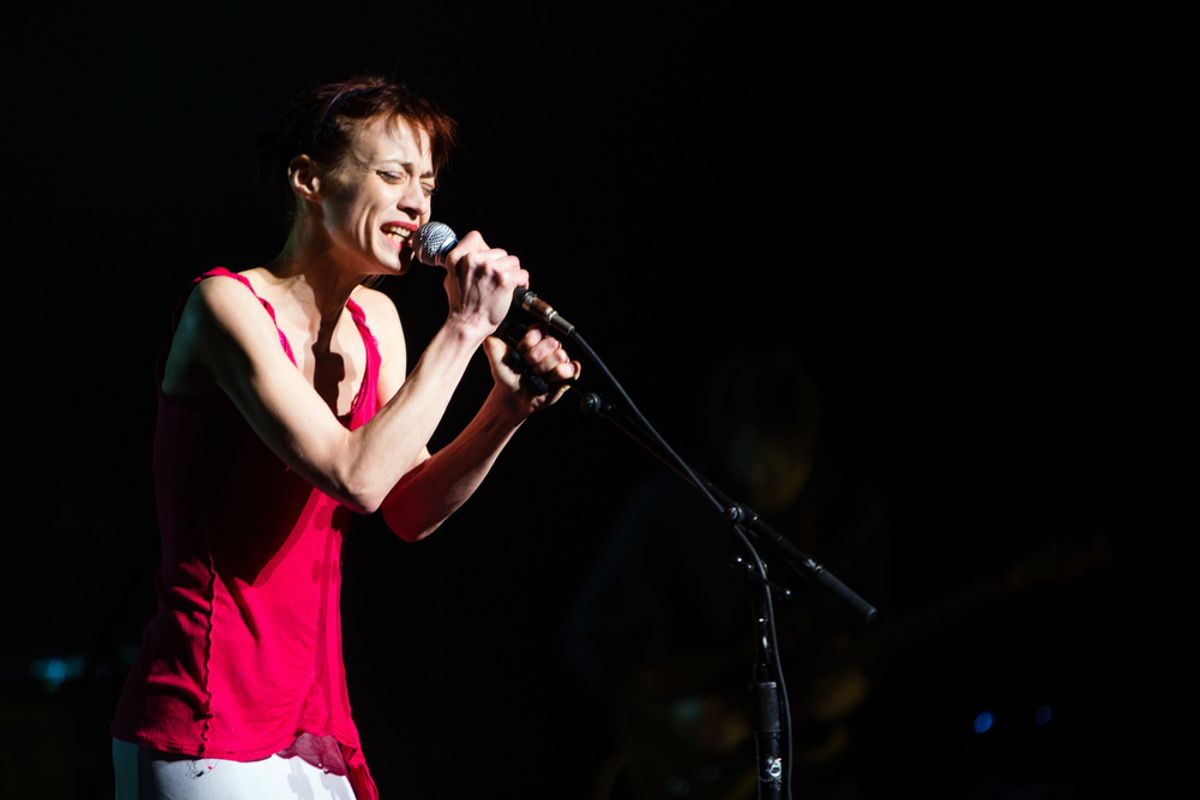 After being held overnight on $10,000 bail in a Texas county jail cell Thursday, singer Fiona Apple narrated for a Houston audience, a cryptic version of her experience after her arrest:

Now, most of the people were very nice to me. There are four of you out there, and I want you to know that I heard everything you did. I wrote it all down with your names and everything you did and said stupidly thinking that I couldn’t hear or see you. I then ripped the paper up, but not before I encoded it and– I got two lock boxes. We’ll call them 'holding cell one' and 'holding cell two.' In 'holding cell one' is the encoded version of the shit that you did that I know was inappropriate and probably illegal. In 'holding cell two' is the decoder. I’m the only one who holds the key, and you and I will be intimate forever because I will hold that secret forever. Unless of course the celebrity that you had so much interest in but you wanted to accuse me of bringing up while you laughed at me all night? Unless you’re interested in being a celebrity, I’ll make you fucking famous any time you ask and I’ll open those boxes. So why don’t you stay in your fucking holding cell?

It's not clear what Apple is referring to, but the offenses sound serious. Hudspeth County officers don't seem to be upset; rather, Sheriff's Department spokesman Rusty Fleming seems to be egging her on. Fleming released the following statement, addressed to Apple:

First, Honey, I’m already more famous than you, I don’t need your help. However, it would appear that you need mine. Two weeks ago nobody in the country cared about what you had to say, -- now that you’ve been arrested it appears your entire career has been jump-started. Don’t worry Sweetie, I won’t bill you.

Next, have you ever heard of Snoop, Willie or Armand Hammer? Maybe if you would read something besides your own press releases, you would have known BEFORE you got here, that if you come to Texas with dope, the cops will take your DOPE away and put YOU in jail.

Even though you and I only met briefly in the hallway, I don’t know you but I’m sure you’re an awesome and talented young woman and even though I’m not a fan of yours, I am sure there are thousands of them out there, and I’m sure that they would just as soon you get this all behind you and let you go back to what you do best—so my last piece of advice is simple “just shut-up and sing.