Johann Breyer admits he was a guard at Auschwitz, but maintains that he worked outside the concentration camp 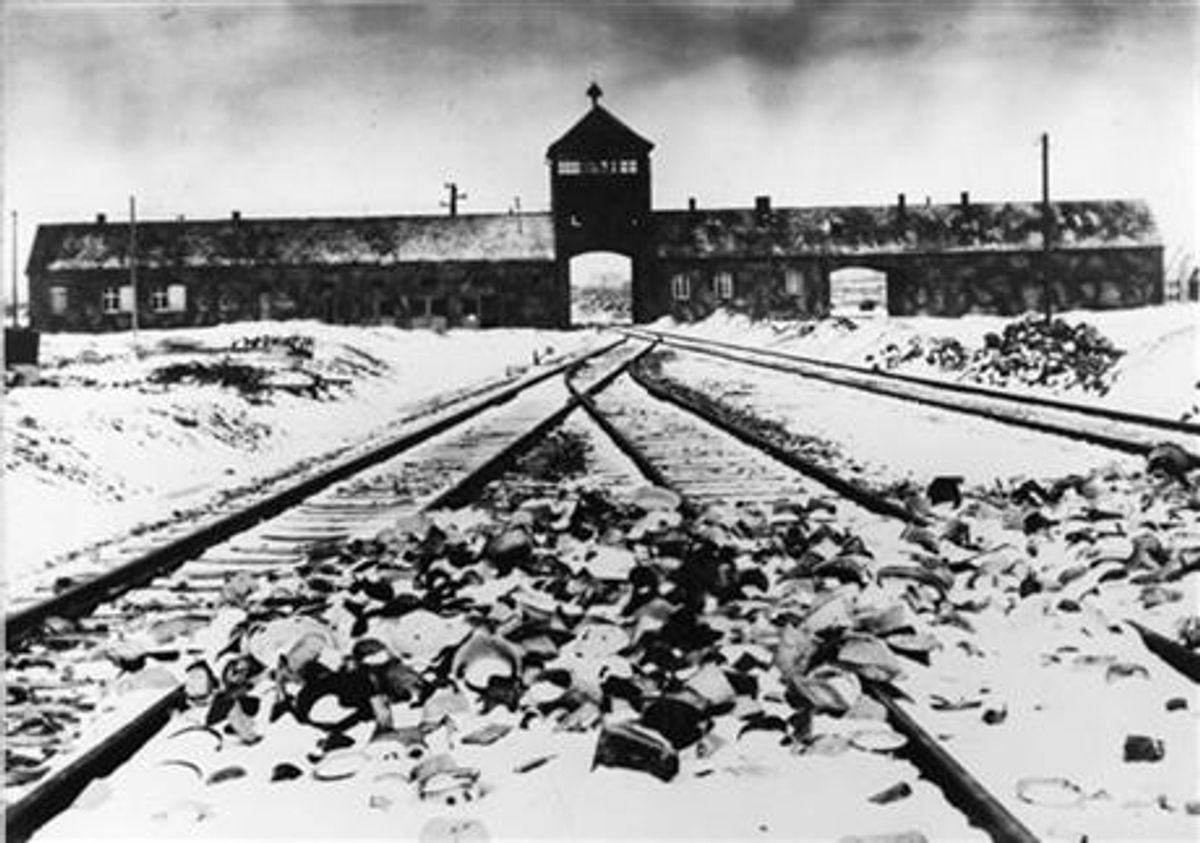 BERLIN (AP) — Germany has launched a war crimes investigation against an 87-year-old Philadelphia man it accuses of serving as an SS guard at the Auschwitz death camp, The Associated Press has learned, following years of failed U.S. Justice Department efforts to have the man stripped of his American citizenship and deported.

Johann "Hans" Breyer, a retired toolmaker, admits he was a guard at Auschwitz during World War II, but told the AP he was stationed outside the facility and had nothing to do with the wholesale slaughter of some 1.5 million Jews and others behind the gates.

The special German office that investigates Nazi war crimes has recommended that prosecutors charge him with accessory to murder and extradite him to Germany for trial on suspicion of involvement in the killing of at least 344,000 Jews at the Auschwitz-Birkenau death camp in occupied Poland.

The AP also has obtained documents that raise doubts about Breyer's testimony about the timing of his departure from Auschwitz.

The case is being pursued on the same legal theory used to prosecute late Ohio autoworker John Demjanjuk, who died in March while appealing his conviction in Germany on charges he served as a guard at the notorious Sobibor death camp, also in occupied Poland.

The conviction was not considered legally binding because Demjanjuk died before his appeals were exhausted. But prosecutors maintain they can still use the same legal argument to pursue Breyer. Under that line of thinking — even without proof of participation in any specific crime — a person who served as a death camp guard can be charged with accessory to murder because the camp's sole function was to kill people.

Experts estimate that at least 80 former camp guards or others who would fall into the same category are likely still alive today, almost 70 years after the end of the war.

Authorities in the Bavarian town of Weiden, who have jurisdiction, are currently trying to determine if the evidence is sufficient for prosecution. A German official working on the case confirmed that Breyer was the target of the probe; he spoke on condition of anonymity because he was not authorized to release the information.

Breyer acknowledged in an interview in his modest row house in northeastern Philadelphia that he was in the Waffen SS at Auschwitz but that he never served at the part of the camp responsible for the extermination of Jews.

"I didn't kill anybody, I didn't rape anybody — and I don't even have a traffic ticket here," he told the AP. "I didn't do anything wrong."

He said he was aware of what was going on inside the death camp, but did not witness it himself. "We could only see the outside, the gates," he said.

Breyer said he had recently suffered three "mini-strokes." But he was cogent and clear as he talked about his past for more than an hour, sitting in his living room.

For more than a decade, the Justice Department waged court battles to try to have Breyer deported. They largely revolved around whether Breyer had lied about his Nazi past in applying for immigration or whether he could have citizenship through his American-born mother. That legal saga ended in 2003, with a ruling that allowed him to stay in the United States, mainly on the grounds that he had joined the SS as a minor and could therefore not be held legally responsible for participation in it.

Breyer testified in U.S. court that he served as a perimeter guard at Auschwitz I, which was largely for prisoners used as slave laborers, though it also had a makeshift gas chamber used early in the war; it was also the camp where SS doctor Josef Mengele carried out sadistic experiments on inmates.

But he denied ever serving in Auschwitz II, better known as Auschwitz-Birkenau, the death camp area where the bulk of the people were killed. He also said he deserted in August, 1944 and never returned to the camp, though eventually rejoined his unit fighting outside Berlin in the final weeks of the war.

A U.S. Army intelligence file on Breyer, obtained by the AP, calls that statement into question.

In 1951, American military authorities in Germany carried out a background check on Breyer when he first applied for a visa to the U.S. The file from that investigation lists him as being with a SS Totenkopf, or "Death's Head," battalion in Auschwitz as late as Dec. 29, 1944 — four months after he said he deserted. The Army Investigative Records Repository file was obtained by the AP from the National Archives through a Freedom of Information Act request.

The document is significant because judges in 2003 said Breyer's testimony on desertion was part of what convinced them that his service with the Waffen SS after turning 18 might not have been voluntary, further mitigating his wartime responsibility.

Also weighing in Breyer's favor with the judges was his testimony that he refused to have the SS tattoo; he does not have such a mark today or evidence that one was removed.

Kurt Schrimm, the head of the specials prosecutors' office in Ludwigsburg, which carried out the Breyer probe before it was turned over to Weiden prosecutors, said he felt there was sufficient evidence to bring charges against Breyer, although he declined to discuss details.

"All of these guards were stationed at times on the ramps (where train transports of prisoners were unloaded), at times at the gas chambers and at times in the towers," he said.

Weiden prosecutors, who were chosen because the office is nearest where Breyer last lived in Germany, say it could take several months before deciding whether to file charges.

A former prosecutor in Schrimm's office, Thomas Walther, said he had known of the file on Breyer from his time there. He is now already representing, pro bono, a woman who lost her two siblings in Auschwitz at the time that Breyer is alleged to have been there. The woman will join any prosecution as a co-plaintiff as allowed under German law. Walther said he has established the email address auschwitz.coplaintiff(at)gmail.com for other victims' families.

"Time is swiftly running out to bring Nazi criminals to justice," Walther said. "I hope that prosecutors in Weiden will act soon on this case."

The Breyer case was handled in the U.S. by the Justice Department's Office of Special Investigations. Eli Rosenbaum, who previously headed the office, would not comment on any details of evidence that had been collected against him, nor say whether American agencies were involved in helping with the German probe. Rosenbaum is now with the Justice Department's Human Rights and Special Prosecutions Section, into which the OSI was merged.

Breyer was born in 1925 in what was then Czechoslovakia to an ethnic German father and an American mother, Katharina, who was born in Philadelphia. Slovakia became a separate state in 1939 under the influence of Nazi Germany. In 1942, the Waffen SS embarked on a drive to recruit ethnic Germans there and Breyer joined at age 17. The fact he was a minor at the time was critical in the 2003 decision to allow him to stay in the United States.

Called up to duty in 1943, Breyer said he was shipped off the same day to Buchenwald — in Germany — where he was assigned to the Totenkopf.

By treaty, the U.S. can extradite its citizens to Germany. But Breyer said he would fight any attempts to take him away from the U.S. and his wife and family.

"I'm an American citizen, just as if I had been born here," he said in his Philadelphia home. "They can't deport me."