Weird news: Occubaby on the way 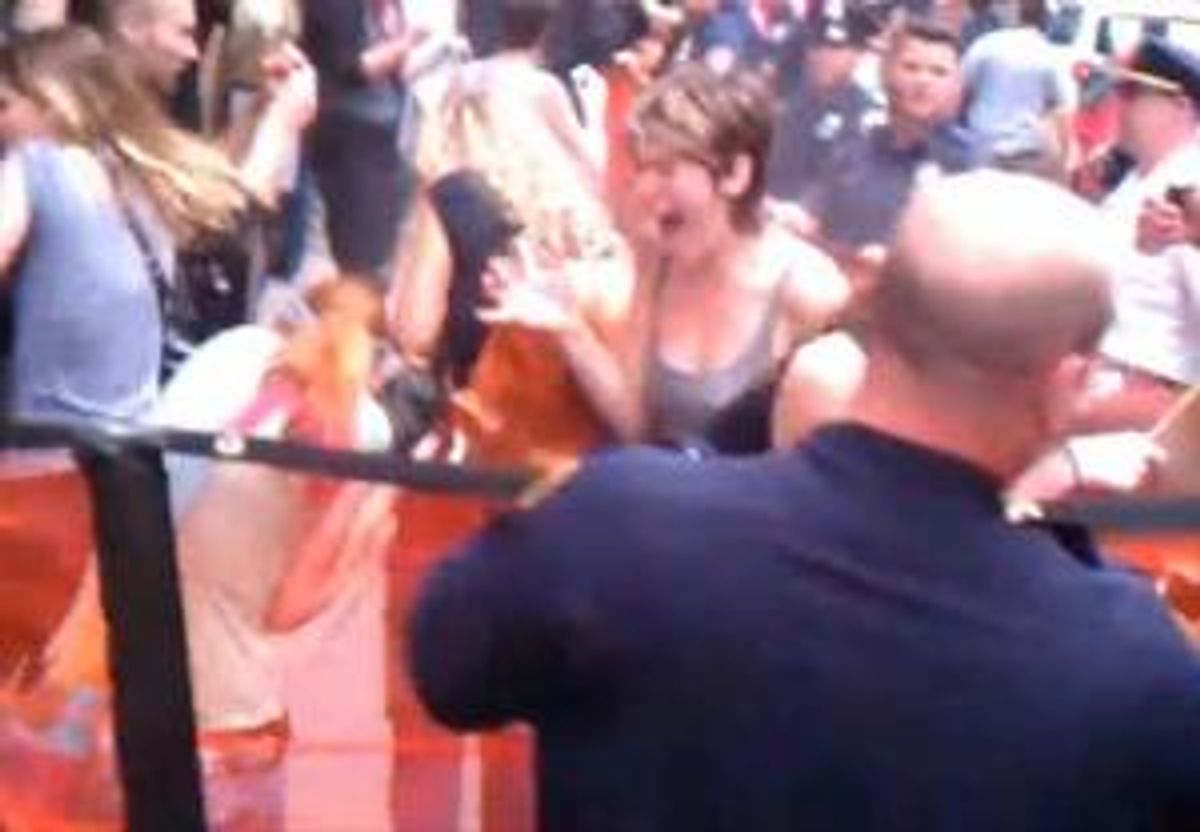 It was one of the first videos to highlight police brutality as a central issue in the Occupy narrative. Last September, three young women contained in NYPD orange nets on a New York corner screamed and cried, eyes streaming, as deputy inspector Anthony Bologna seemingly indiscriminately doused them in pepper spray.

Now there's a story twist begging for inclusion in any Occupy screenplays (no doubt being penned): one of the pepper-sprayed women fell in love with the volunteer street medic who helped her that day, and they are expecting a baby.

The couple met a year ago today, after Ms. Dedrick, a teacher’s assistant with no history of arrests, was sprayed on the sidewalk on East 12th Street. Mr. Grodt, a volunteer medic, took her into a movie theater and treated her in a utility closet. On New Year’s Eve, he proposed to her in Zuccotti Park.

“Despite her lawyers’ requests,” Mr. Kuby’s release reads, “the couple refuses to name their baby ‘Pepper.’”

As Newman points out, news of Occubaby came in the context of a lawsuit, filed Monday at the Federal District Court in Manhattan, charging Bologna and other officers with brutality and failure to render medical assistance.

Watch the video of the pepper spraying below: