8 reasons Crystal the monkey is better than you 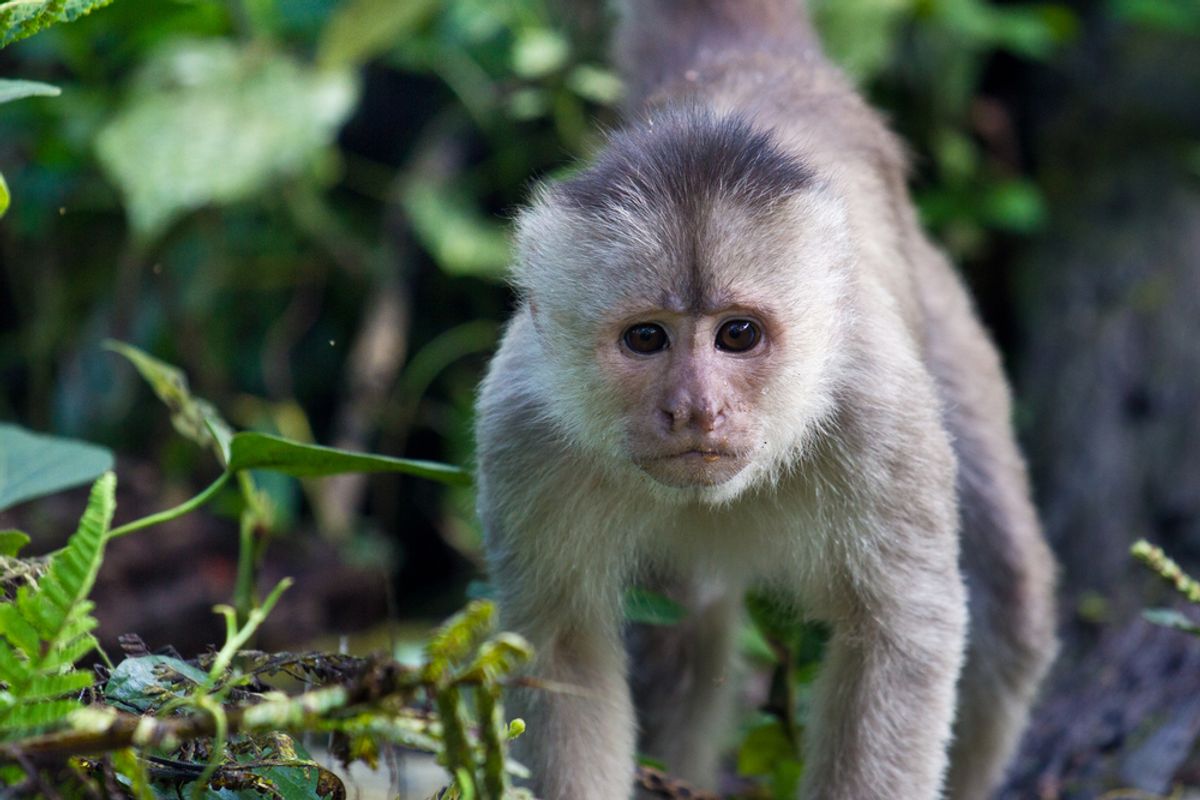 Crystal is the capuchin monkey who is going to save NBC with the comedy "Animal Practice." Here are 8 reasons, quoted from Benjamin Wallace's article in New York, that she'll be able to do what neither you nor any other human can:

1. She has more money than you:

"Crystal reportedly earns $12,000 per episode of "Animal Practice," and she is a presence in every one, whether cheering on an illicit turtle race (a guinea pig riding on each turtle’s back) or crawling inside and animating a puppet to haunt a ­puppet-phobe. "

2. She can do more tricks than you:

"Over the years, Crystal has built up a repertoire of tricks, ranging from leaping like a pogo stick to pretending to smoke a cigarette."

3. She is more charismatic than you:

During rehearsals and between takes, idle crew and extras stand around watching, transfixed by her—Crystal exudes bona fide showstopping, head-turning, magnetic star power. (One crew member, gazing helplessly at her, murmurs that she’s “mesmerizing. Every time I walk by her I can’t not look at her. It’s crazy.”)

4. She can poop on Robin Williams, and he has to put up with it:

“He overacts like crazy. If he made those faces as a human, we’d be like, ‘What’s he on?’ Plus, what human can [defecate] on you in the middle of a scene and people would be like ‘Awww, great’?” (Williams may "have been confused about Crystal’s gender, possibly because she can play both male and female.")

“Play hard to get,' [her trainer] says. 'Seriously. If you’re trying to solicit her attention in the beginning, she’s going to shy away from you, like, What are your intentions? But if you just play it cool, like she’s not even there … within five to ten minutes, she’ll be on you.”

6. She is better rested than you:

7. Even when she's bored, she's more active than you:

"She is standing on the lap of her trainer and moving from one of his knees to the other, over and over, while making occasional high-pitched tee-tee-tee sounds. She seems anxious, but Gunderson says she’s probably just bored."

8. She has a more impressive resume than you:

"At 18, Crystal has an IMDb page longer and, though it’s curiously incomplete, more hit-studded than most actors three times her age. You may have seen her in American Pie, 3:10 to Yuma, Dr. Dolittle, Zookeeper, or We Bought a Zoo. “We feel this is Crystal’s breakthrough performance,” said Zoo director Cameron Crowe. “It is her Carnal Knowledge. The role brings out colors we have yet to see.”