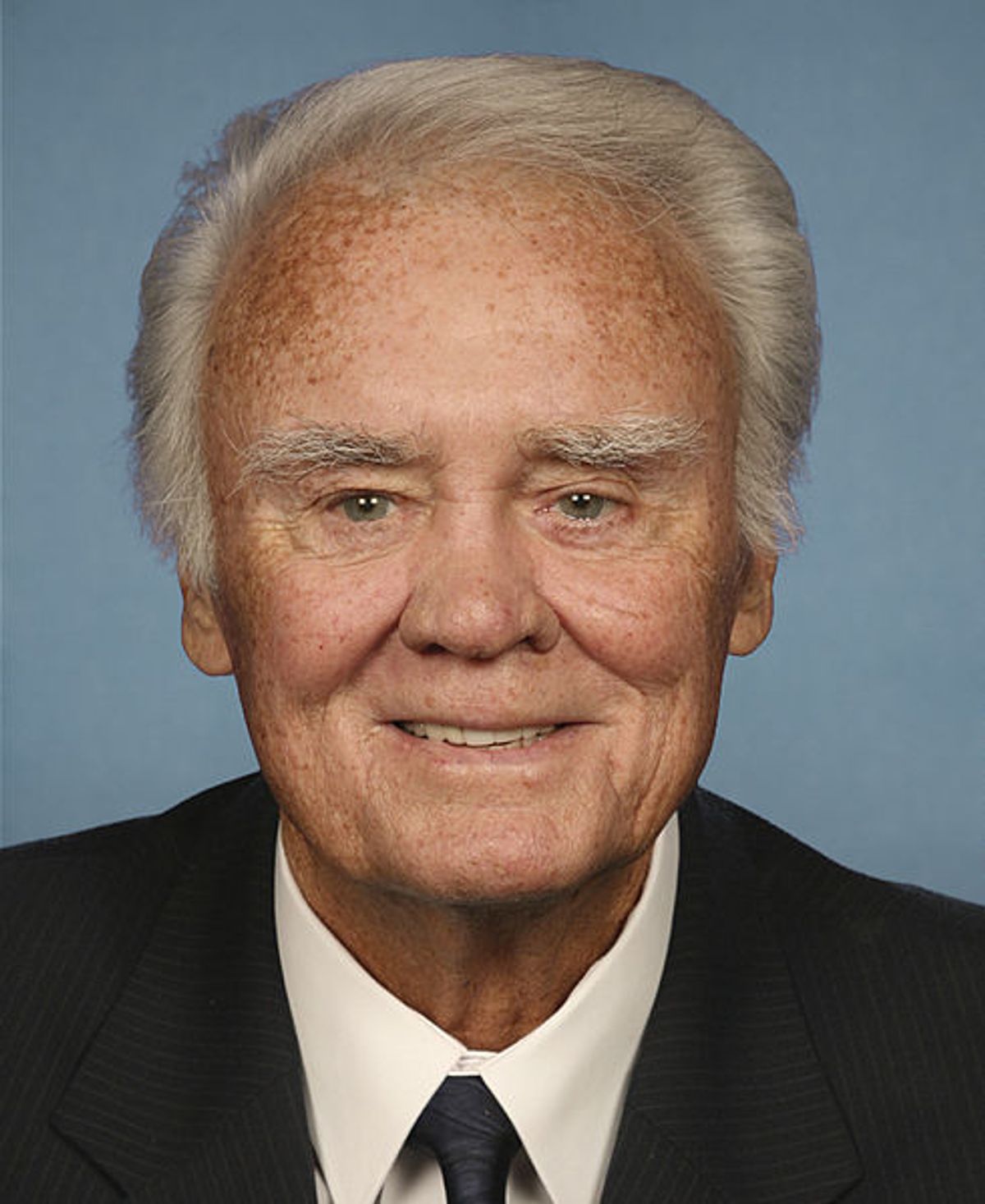 Florida Rep. C.W. Bill Young is running for reelection for the 22nd time. But he has bigger problems on his hands.

Young claims that there's been multiple break-ins at his home, possibly by the nefarious forces of the Florida Consumer Action Network or the Occupy movement. He told  Craig Pittman of the Tampa Bay Times that he doesn't really know who's behind the break-ins, though he noted: "The Occupiers are after me."

Young believes that both FCAN and Occupy are "not happy" with him, after an incident where he was caught on video telling a constituent who asked him whether he'd support raising the minimum wage to "get a job." Both groups have denied involvement.

According to police, there's no evidence that there have been any break-ins:

"They have investigated one incident. In July an alarm went off at the condo, but police concluded there was no burglary. Instead, they said, a storm blew open a garage door with a faulty lock, setting off the alarm — the second time that has happened in two years.

'There were no pry markings nor impact marks that would be consistent with a forced entry,' Officer Shaun Griffin wrote in his report on this year's incident. Griffin said in a recent interview that, despite the wet conditions outside, police found no wet footprints anywhere inside the condo, another sign there was no break-in."

Young didn't buy it, and said the intruder "left an item in a very, very prominent place to make sure I knew they had been there," so then "the wind must've blown that item into the house and placed it in a prominent position. That's a pretty smart wind."