Madeleine Albright is quite the drummer 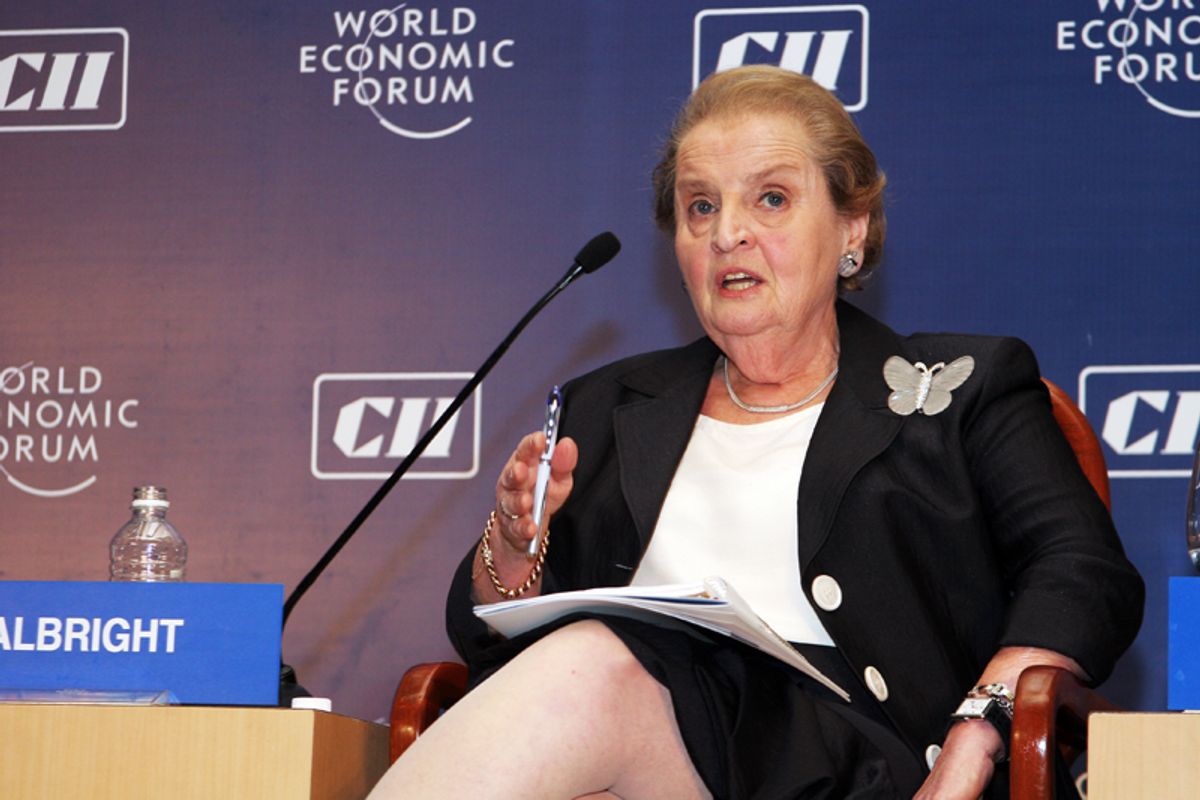 Former Secretary of State Madeleine Albright got the biggest applause at the Thelonious Monk Institute of Jazz gala at the Kennedy Center, because she is apparently an awesome drummer:

"A longtime supporter of jazz who has worked with the Monk Institute for years, Albright received the annual Fisher Founder’s Award. After the customary speech of thanks, she went to a drum set and pounded away on tom-toms and cymbals — quite creditably — as trumpeter Chris Botti performed an instrumental version of 'Nessun dorma,' the aria from the Puccini opera 'Turandot.'"

Albright, who received the gala's annual Fisher Founder’s Award, had a similar exhibition at the Kennedy Center honors in February 2011. Skip to the 2:00 mark for Albright: