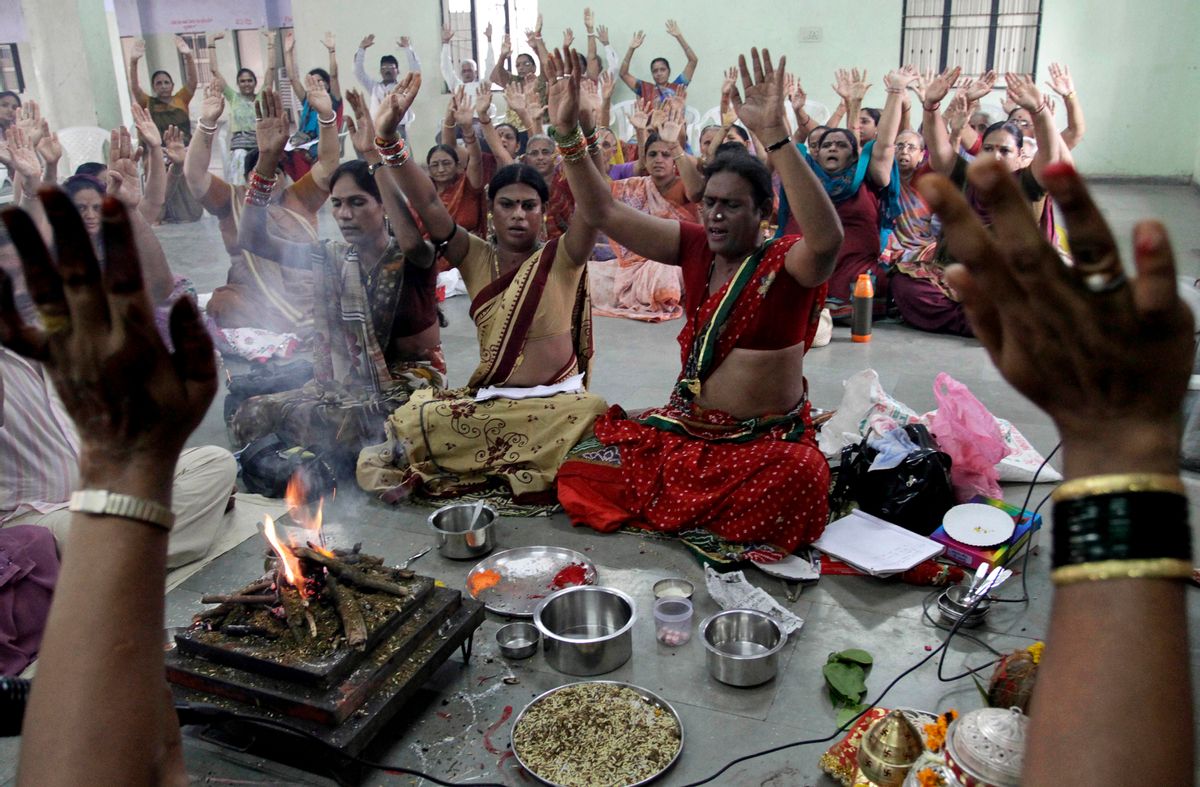 Count this as a health study that won't change anyone's lifestyle: new research has found that men without testicles live longer. Most men are probably less concerned about the results than about how, exactly, this study was conducted. But don't worry: the researchers just looked at historical records about Korea's former royal dynasty, which apparently employed eunuchs. The study focused on the documented lifespans of 81 eunuchs, Reuters reported. The researchers found that the eunuchs lived to age 70 on average. Meanwhile, most men during that time period only made it to their 50s.

In addition, three of the eunuchs lived to 100, which gives that group a centenarian rate that is 130 times higher than in developed nations, according to Reuters.

While this research should come as no comfort to people who like testicles, it actually has a broader purpose. Scientists have long known that males have shorter lifespans than females, and this research was part of an attempt to answer why that is, Wired reported. Scientists think that testosterone is to blame. “Our study supports the idea that male sex hormones decrease the lifespan of men,” the researchers wrote in Current Biology.

The eunuchs served on the Joseon dynasty, which spanned from the late 1300s to the early 1900s, Agence France-Presse reported. Although the eunuchs could not make babies, they did still marry and adopt.