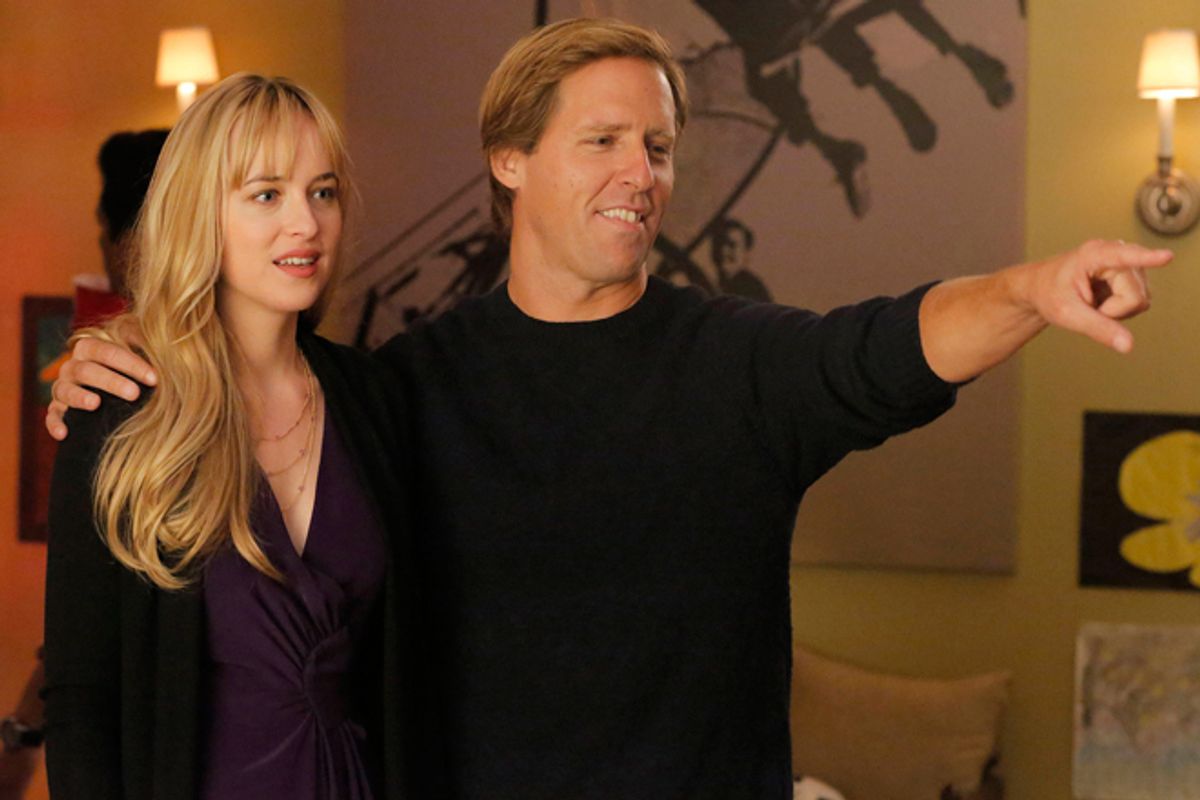 Dakota Johnson and Nat Faxon in "Ben and Kate"
--

“Ben & Kate,” Fox’s new sitcom about two very devoted, but very different siblings premiering tonight, is a total sweetheart. On paper, it appears to be the meeting of two popular characterizations — find out what happens when a single lady on the prowl and the Apatovian manchild live in a house! But in execution, it takes the sting out of both of these archetypes, eschewing nastiness, championing unconditional love, and going down like a spoonful of sugar.

Based on the admittedly flimsy evidence of just one episode, “Ben & Kate” seems poised to be to the “20- to 30-somethings get their lives together” sub-genre what “Parks & Rec” is to workplace comedies: something willfully, wonderfully kind (that’s also making a secret argument for the competence of blond chicks).

“Ben & Kate” was originally called “Ben Fox Is My Manny,” and the plot kicks off when Ben (Nat Faxon, who won an Oscar for writing “The Descendants”) drops by Kate’s house, uninvited. Immature, incorrigible, big-hearted Ben is always doing stuff like this: showing up randomly, lugging drum sets, or with a blood stain on his shirt, or in a Jason mask, like the big kid with a driver's license he is. His younger sister, single-mother Kate (the lovely Dakota Johnson, daughter of Don and Melanie Griffith), is a lot more grounded than him, but that isn’t saying much. Johnson has a little California flightiness to her vibe. Her Kate isn't a type A personality, but she's more type A than Ben — which means she could be any type from A to Y. Ben needs to grow up a little, and Kate needs to loosen up a little, but they’re not opposites, so much as siblings cut from different corners of the same space-cadet-themed cloth.

If the pilot is a bellwether of what’s to come, “Ben & Kate” will often focus on the siblings' respective love lives, and Kate’s in particular. (There are, as is required in the setups to most sitcoms, plausible love interests written into the pilot for both siblings. One supporting character has a big crush on Kate and always has. The other, British comedienne Lucy Punch, who really should have her own show, seems destined to be way too much for Ben at some point down the road.) Kate hasn’t had sex since her daughter was born and is finally ready to get back into the romance game, but she’s pretty hapless at it — so hapless, in fact, that Ben has a better read on the not-quite-right guy she’s seeing than she does. Ben knows the dude is bad news because he gives a weak high-five.

But even if “Ben & Kate” is going to explore the messy romantic lives of its leads, it’s already about an extremely functional male-female relationship. Ben and Kate aren’t perfect and they've got baggage (dysfunctional parents), but they are both loved, unconditionally, and in the fullness of their personalities, by at least one other person. They may be looking for more, but however messy, complicated, screwed up that search gets, they're not alone. "Ben & Kate's" comedy couldn't be coming from a sweeter place.