Romney is fighting a rising tide of economic good cheer, even if the numbers don't quite justify it 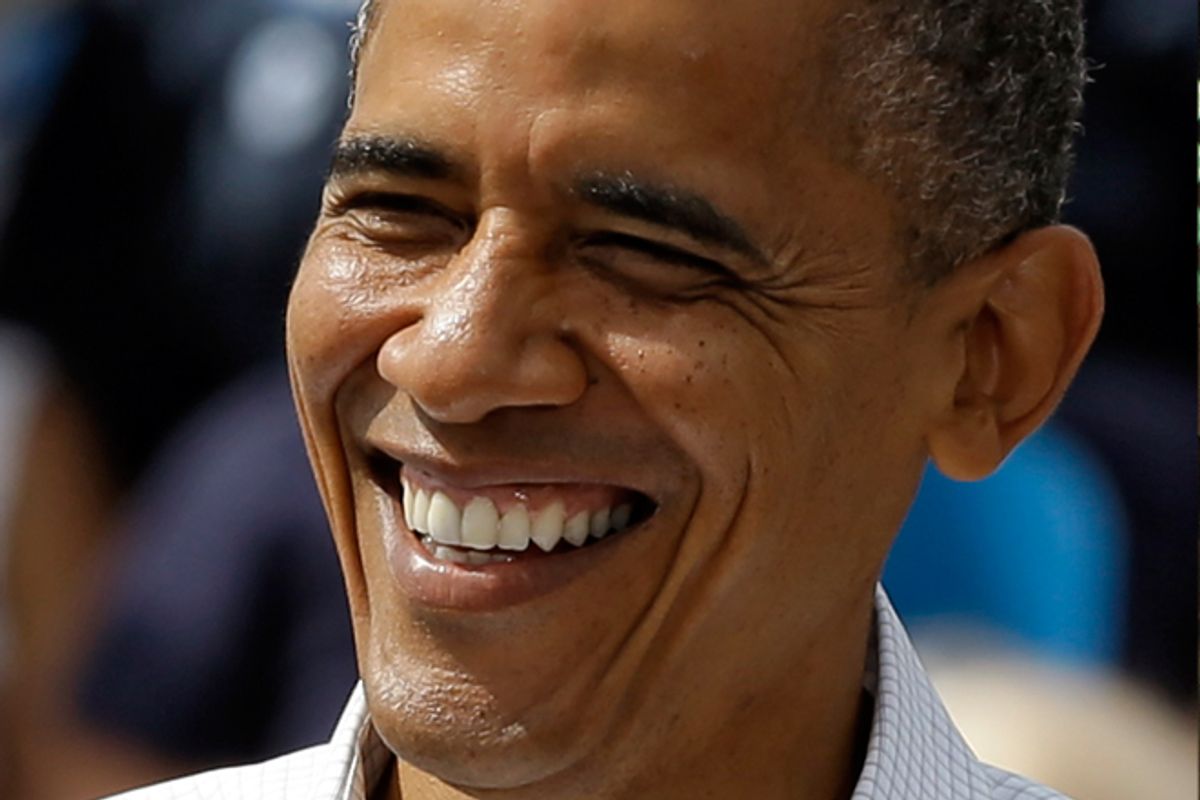 As if Mitt Romney's campaign managers didn't have enough to worry about, what with lousy poll numbers, mean Republican pundits, and the 47 percent video backlash, Tuesday morning delivered possibly the worst news yet: confirmation that Americans are feeling better about the state of the U.S. economy.

U.S. consumer confidence jumped to its highest level in seven months in September as Americans were more optimistic about the job market and income prospects, a private sector report showed on Tuesday.

The news confirms what media outlets have been reporting for weeks: Romney is fighting a rising tide of economic good cheer. That's dire news for Mitt, since his entire campaign strategy is built on the premise that voters will blame Obama for high unemployment and stagnant economic growth.

But it also poses a bit of a puzzler. Because, er, unemployment is still stubbornly high and economic growth is very slow. The available data do not support a slam dunk case for brightening economic prospects. Gas prices are up, manufacturing has been slumping for several months, the last monthly jobs report was a disappointment and the number of new jobless claims has risen over the last two weeks.

Most convincing of all -- one week and a half ago, the Federal Reserve announced a major program of monetary stimulus to boost economic growth. There is simply no way to interpret the Fed's move other than as a vote of no-confidence in the economy.

So why are Americans feeling chipper?

There are a couple of obvious reasons. First, the housing market is off the gurney. Prices are up, housing starts are up, sales of existing homes are rising, builder confidence is rising, and mortgage delinquencies are down. Each month this year has delivered additional evidence that housing is no longer a drag on the U.S. economy.

Second -- the stock market is hovering near a five-year high. The overall percentage of Americans invested in the stock market has fallen from its 1998 peak of 60 percent down to 53 percent in 2012 for understandable reasons, but the psychological impact of rising stock prices is still a relatively broad-based phenomenon. 401Ks, IRAs, college funds -- they're all flusher than they've been for years.

When your home and your 401K start appreciating in value, you're going to feel better about the world. But the most fascinating statistic about economic confidence seems to prove that this recent outbreak of optimism has nothing to do with the economy. Because it's almost entirely partisan.

Polling conducted by Gallup on attitudes toward the economy shows a steady rise in confidence on the part of Democrats. Since the beginning of September, Democratic confidence has surged. Republican confidence in the economy, in contrast, remains abysmally low. Independents are bouncing around, but are still much less likely to feel good about the economy than Democrats.

The rise in economic confidence on the part of Democrats correlates very nicely with Obama's post-convention polling. It suggests that the Obama campaign's successful ability to reenergize its supporters with a rousing convention has translated into a generalized sense of high spirits.

There's a warning buried there. A sharp downward turn in some key economic indicators -- perhaps a disastrous labor report for the month of September -- could easily puncture the glee. So Romney's campaign managers shouldn't give up hope. But their dismay is understandable. Because it might be as simple as this: Democrats may be feeling better about the economy because they think they're going to win.