Hubble's view of the universe will blow your mind 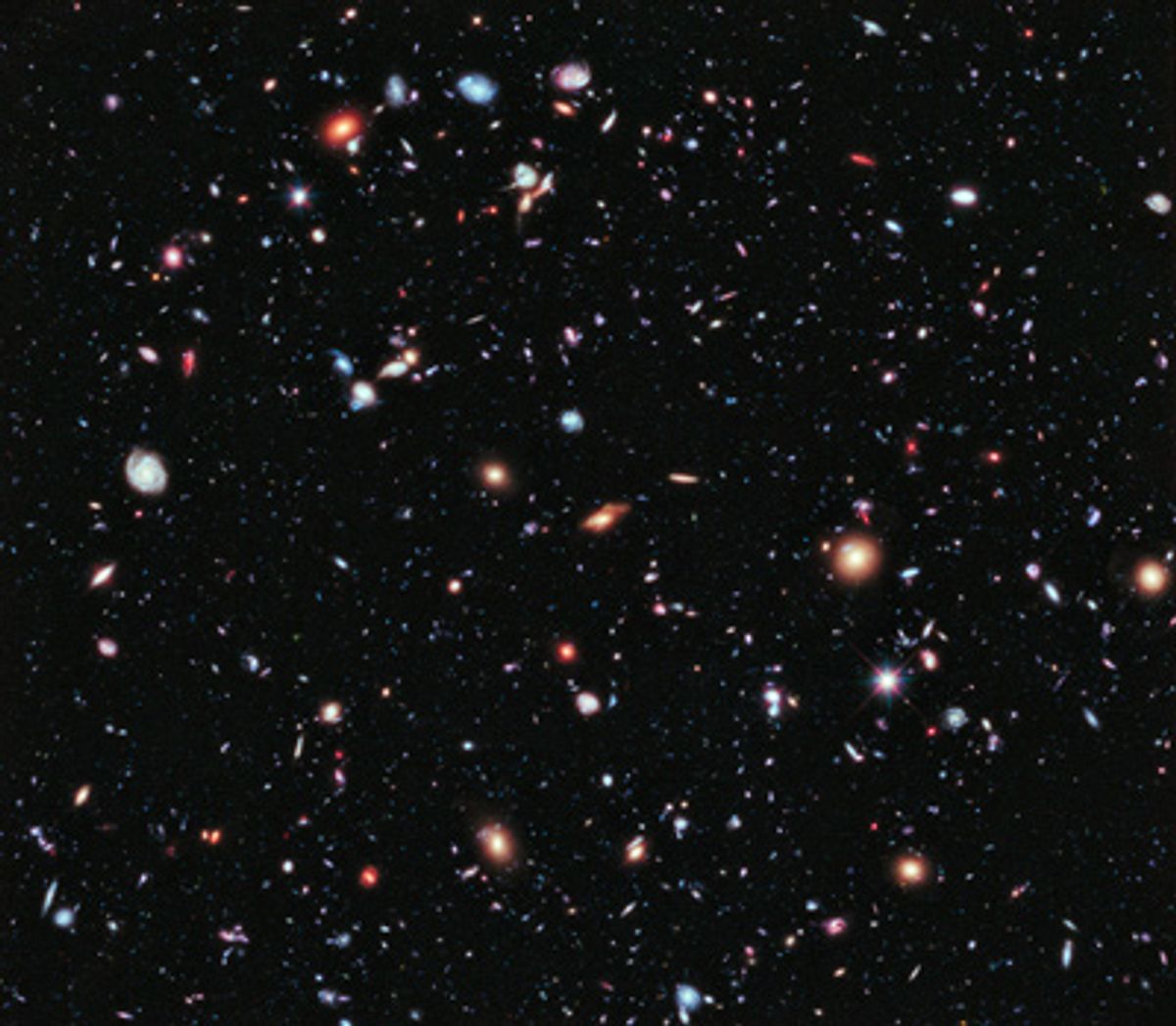 NASA has released the eXtreme Deep Field, a composite photo created from 2,000 other Hubble Space Telescope photos that span the last 10 years. The result is incredible: an image of thousands of galaxies, billions of light-years away.

The XDF provides a deep dive into a very narrow portion of space, and is a deeper version of the original Hubble Ultra Deep Field. According to NASA:

The Hubble Ultra Deep Field is an image of a small area of space in the constellation Fornax, created using Hubble Space Telescope data from 2003 and 2004. By collecting faint light over many hours of observation, it revealed thousands of galaxies, both nearby and very distant, making it the deepest image of the universe ever taken at that time. The new full-color XDF image reaches much fainter galaxies and includes very deep exposures in red light from Hubble's new infrared camera, enabling new studies of the earliest galaxies in the universe. The XDF contains about 5,500 galaxies even within its smaller field of view. The faintest galaxies are one ten-billionth the brightness of what the human eye can see.

Here's a close-up of one section of the image: