No man is an island, unless he has the bomb

On ABC's "Last Resort," a submarine crew and its nuclear arsenal try to become a nation 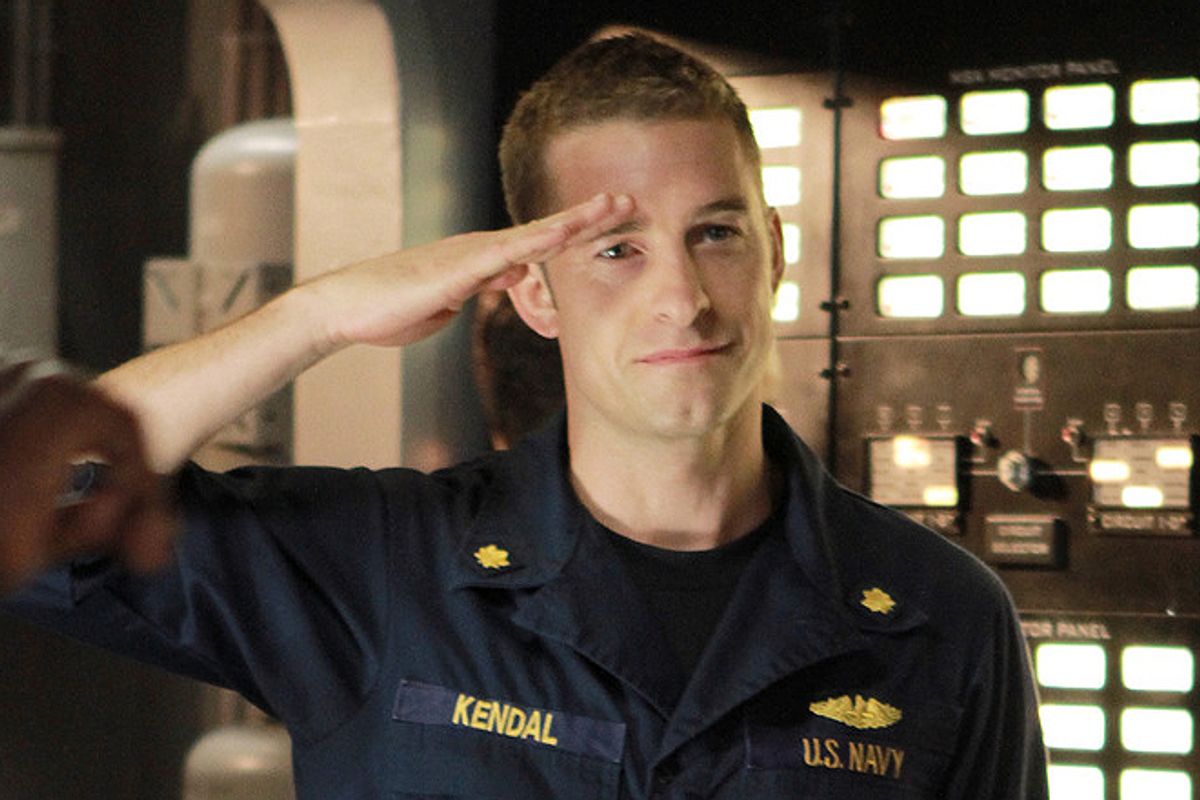 What constitutes a nation? This is the heady question that underpins the action-movie thrills of ABC’s submarine-gone-righteously-rogue drama “Last Resort,” one of the most promising dramas of the fall season, premiering Thursday night. The series' first, but certainly not its final, answer is simple: nukes. Nuclear-deterrence theory has never been advertised so entertainingly.

The high-stakes premise of “Last Resort,” co-created by “The Shield’s” Shawn Ryan, is as follows: The nuclear submarine the USS Colorado is contentedly swanning around the Indian Ocean when it receives suspicious orders to fire four nuclear bombs on Pakistan. Capt. Marcus Chaplin, the ever-commanding Andre Braugher, and XO Sam Kendal, the ever-whispering Scott Speedman, request that order be reconfirmed before they kill 4 million people. Instead of reconfirmation, the Colorado gets hit by an inbound missile, fired from another U.S. warship. The Colorado books it to an island paradise — verdant, well populated, home to a NATO satellite station, but, as of yet, anyway, without polar bears — to plot its next move. Things get crazier from there, with nukes detonated in both Pakistan and 200 miles off the coast of D.C. (“Last Resort” joins “The Dark Knight Rises” in being totally unconcerned with radiation poisoning), dissension among the crew, and the early unspooling of a grand conspiracy. The episode ends with Braugher, gone spine-tinglingly Colonel Kurtz, releasing a YouTube video establishing a 200-mile perimeter around the island. Anyone who enters will say hello to one of the 17 nuclear weapons in his arsenal. No man is an island, unless he has the bomb.

Early in the episode, Capt. Chaplin tells Sam (don’t think it didn’t take everything I had not to call him Ben. “Felicity” dies hard) a story about why Ronald Reagan fired all the air traffic controllers. If you’re “the man with your finger on the button, they have to think you’re crazy,” he explains. This is an introduction to some of the show’s major themes— the future struggle between the better and lesser angels of Capt. Chaplin’s nature, as well as everyone else’s, and the strategic value of that lesser nature — but it also sounds a near-deafening dog whistle that “Last Resort” is not some pacifist, conscientious objector, anti-military soft pedal. When Chaplin and Kendal disobey orders, it’s not because they object on principle to unleashing nuclear bombs on civilians. These men are soldiers who are not opposed to violence when it’s necessary.

If “Last Resort’s” characters put their faith in anything, it’s in the power of Mutual Assured Destruction to keep the world safe, not in anti-proliferation treaties. After the United States (or some rogue elements of its government) has launched two nukes in Pakistan, unprovoked, Capt. Chaplin points out that Pakistan had no power to harm the homeland. Should have invested in some long-range missiles, Pakistan!  Later, Chaplin successfully saves his crew from certain death only because of his nuclear stockpile. “Last Resort” exists in a world where deterrence has been breached, and reestablished: Chaplin is betting his crew's life it will hold. It remains to be seen whether “Last Resort” has as much confidence in MAD as he does. (If it does, remind me to write a piece when "Last Resort" starts getting syndicated in Iran.)

If  “Last Resort” sounds like some poli-sci class masquerading as a TV show, I assure you, it’s not. The first episode nimbly sneaks slips of big ideas in between the action set pieces and a vast amount of plot mechanics. (Some shows are just about newbie lawyers.) How do you build a new nation? What’s the role of violence in peacemaking? What’s the experience of women in the military? What makes a leader or government legitimate? These are all ideas hinted in 42 minutes that also introduce a gargantuan cast including the aforementioned characters, as well as NATO employees, various island residents, a pack of Navy SEALSs, Kendal’s wife, an admiral and defense contractor in D.C., and the 140 other soldiers on the Colorado. (This show is not going to have to discover a whole other half of the plane to scrounge up some new characters.) The first two episodes are mostly wham-bam setup, but if “Last Resort” picks up half of the questions it tosses out, it should be fascinating.