The WikiLeaks founder addressed diplomats via videolink from his embassy hideout 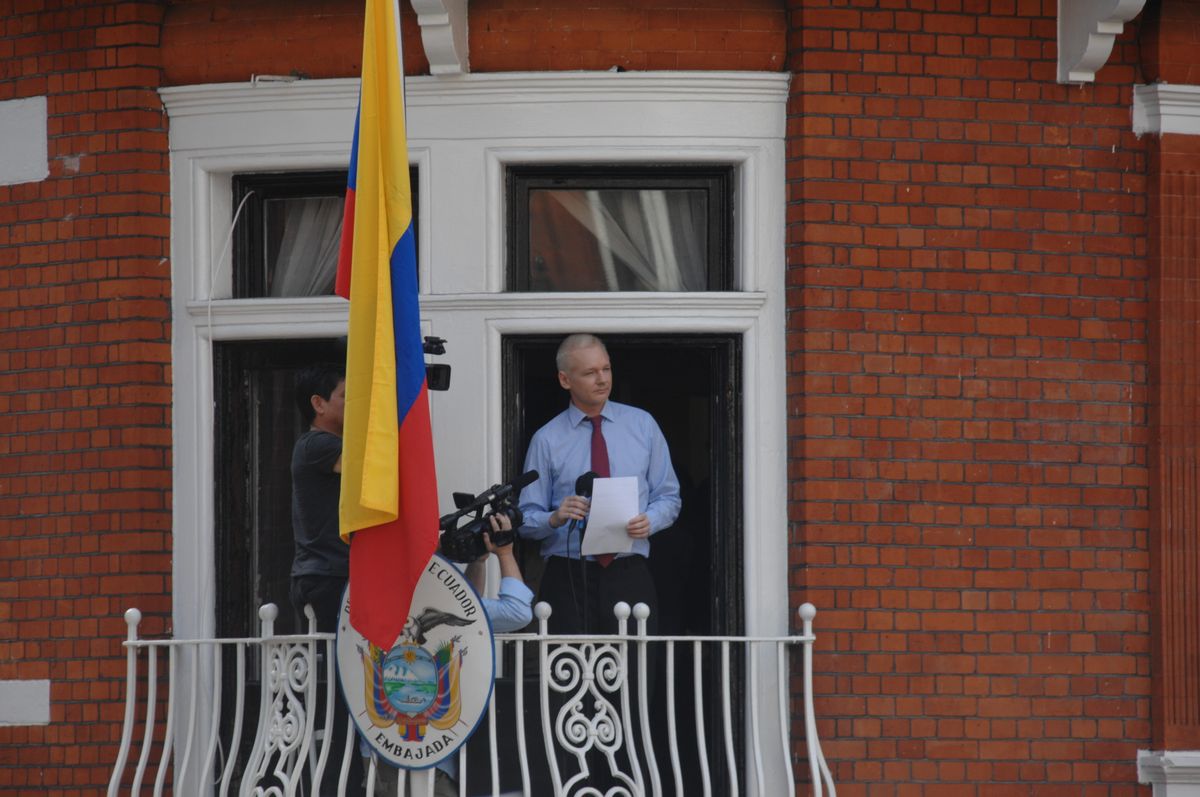 Speaking via grainy videolink from his Ecuadorian embassy hideout in London, Julian Assange spoke to the U.N. Thursday, pulling no punches about the Obama administration. In the sideline event attended by diplomats, the WikiLeaks founder accused the U.S. of exploiting the Arab Spring for political expediency.

Bradley Manning, science fair all-star, soldier and patriot was degraded, abused and psychologically tortured by his own government. He was charged with a death penalty offense. These things happened to him, as the U.S. government tried to break him, to force him to testify against WikiLeaks and me.

As of today Bradley Manning has been detained without trial for 856 days. The legal maximum in the US military is 120 days.

The world knew after reading WikiLeaks that [former Tunisian President] Ben Ali and his government had for long years enjoyed the indifference, if not the support, of the U.S., in full knowledge of its excesses and its crimes. So it must come as a surprise to the Tunisians that the U.S. supported the forces of change in their country, and it must come as a surprise to the Egyptian teenagers who washed American tear gas out of their eyes, that the U.S. administration supported change in Egypt.

The U.S. has categorized Assange, WikiLeaks and its supporters as "enemies of the United States," according to declassified U.S. Air Force counterintelligence documents obtained via FOIA by the Sydney Morning Herald. This, the Herald notes, is "the same legal category as the al-Qaeda terrorist network and the Taliban insurgency."

Watch the video of Assange's address below, via Russia Today: