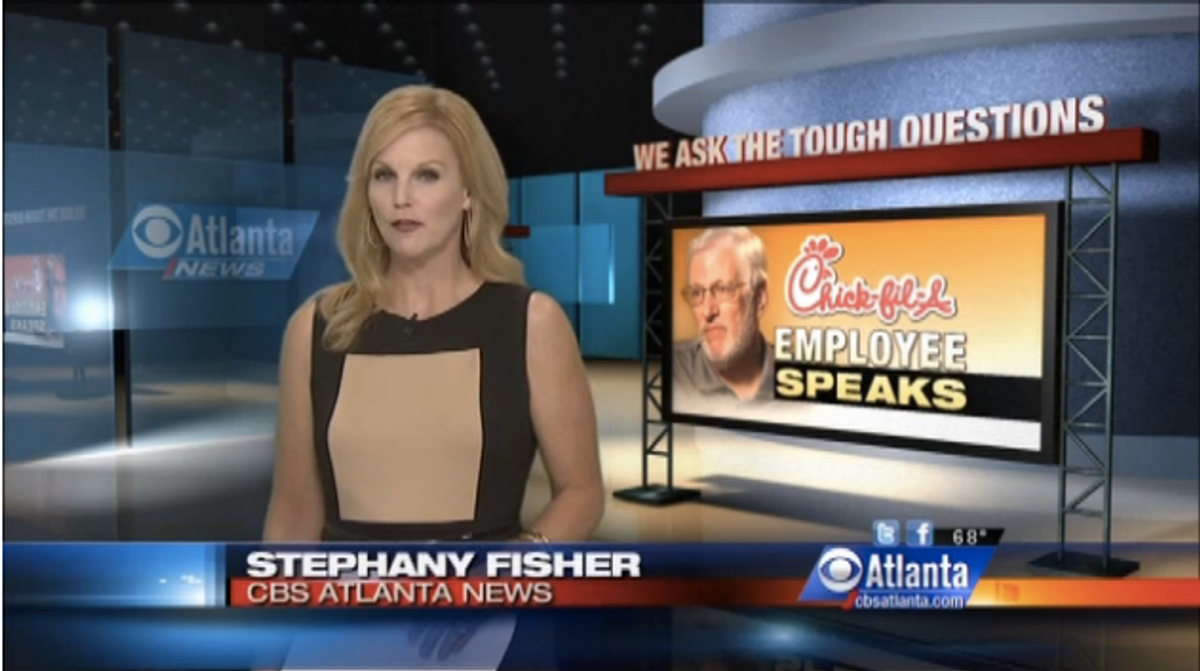 Steve Cammett, 60, resigned from a corporate position at Chick-fil-A in August because "It's become a safe place for people to hate and expect to be patted on the back for it." In an interview with Atlanta CBS news affiliate, the former Chick-fil-A "enthusiast" said that his excitement for Chick-fil-A waned after nine years of service due to recent statements by CEO Dan Cathy against marriage equality. Anti-gay comments from customers, and Chick-fil-A's tolerance of it, became an issue for Cammett:

Cammett relayed one story in which a customer put his arm around Cammett's colleague and said we are sure glad your company is taking a stand against those perverts. "And that person was gay and they didn't know it. And I just thought, 'Wow. What has happened here?'" said Cammett.

Cammett's sister, who passed away several years ago, was a lesbian, and told Cammett that she turned to women after being sexually abused by his father (her stepfather). He wonders if CEO Cathy's stance would be more accepting if he had grown up having a gay sibling. Cammett did say, however, that Cathy made a private video to franchise owners, apologizing for his remarks. For Cammett, though, this isn't enough:"I want Dan Cathy to make a public statement that said that Chick-fil-A, their leadership team and the Cathy family love all of God's children including gay and divorced children."