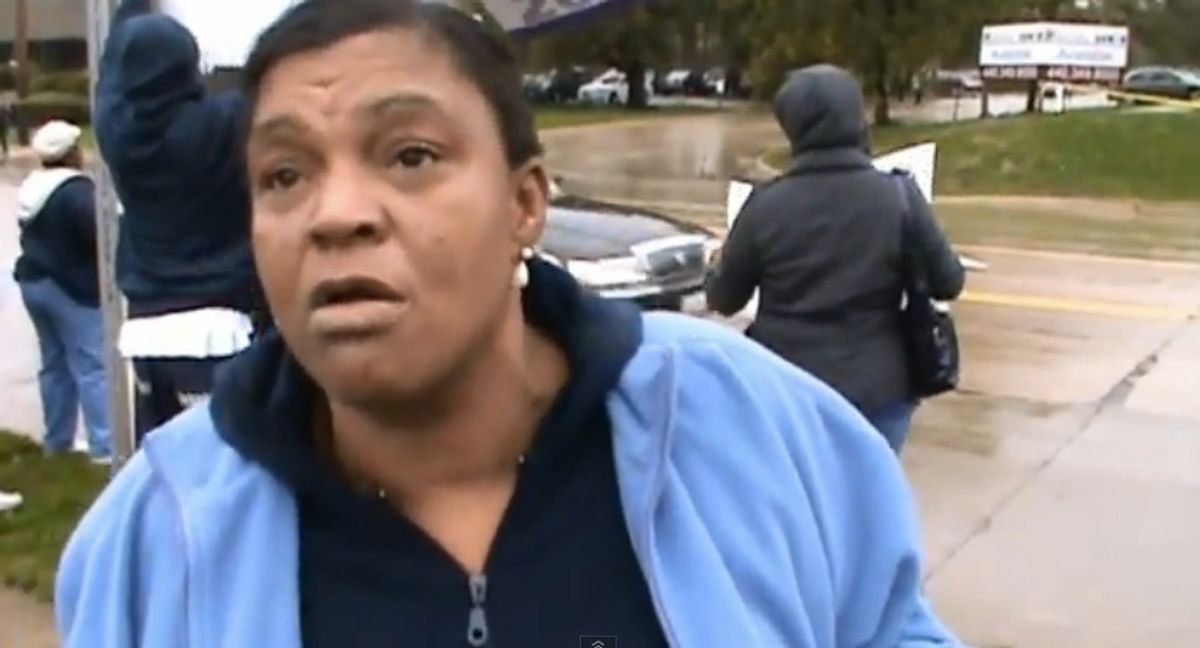 Matt Drudge has a history of using his site for race-baiting purposes, and that tradition continues today.

In a video posted on the Drudge Report, a black woman in Cleveland says that people should vote for Obama because he gave free phones to minorities and people on food stamps or other welfare benefits.

Here's the video in question:
Though there's no evidence that the Romney camp had anything to do with the video, the connection between Drudge and Mitt is well documented: Matt Rhoades, who has worked on both of Romney's presidential campaigns, has been an insider connection for the reclusive Drudge since Rhoades was research director of the Republican National Committee.