"Law and Order" gets kinky 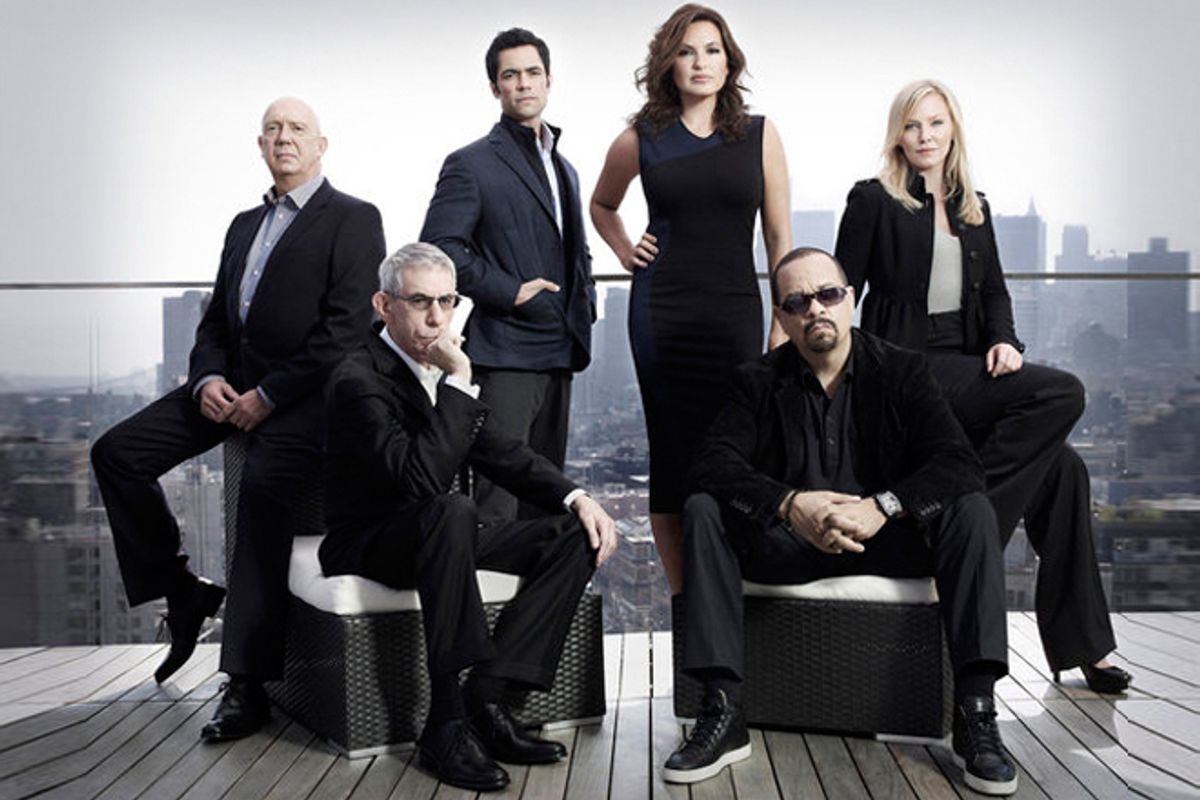 What is there to say of the news that "Law & Order: Special Victims Unit" is gearing up for a very special, "50 Shades of Grey"-themed episode this season? Because, really, how do you articulate a weary shrug in the face of inevitability?

Television's long-running procedural, which Wednesday evening launched its 14th season, is famed for the "ripped from the headlines" plotlines that make the "L&O" franchise so durable. At any given moment, there is an episode of "SVU" airing somewhere. It's the "I Love Lucy" of rape. Vulture reports that Anna Chlumsky, best remembered as the adorable title character of the '90s film "My Girl," will play the ersatz E.L. James author of a "wildly successful S&M romance novel" called "25 Acts" who's sexually assaulted by a television host played by Roger Bart. Forecast calls for lots of sexy talk about S/M and domination, and some sort of hand-wringing debate over the distinction between submissiveness and abuse. And a SHOCKING TWIST.

The "Law & Order" stable's unstoppable formula – take a news story or a zeitgeist moment and turn it into a chung-chung opportunity – is so familiar that it's damn near impossible to watch the local news without wondering how soon the top story will be turned into an "SVU." Last year's plotlines featured a maid who claimed to be assaulted by an Italian diplomat and a beloved coach accused of molesting his prodigies. Any resemblance to persons living or dead is purely coincidental. They've also taken on more fanciful, trend-inspired themes, like last year's story line of a woman raped during a very "Sleep No More" interactive theater performance, and now, the "50 Shades of Grey" episode. Fetishes! Kinky stuff! And rape too! In other words, just a typical episode of "SVU." It's an amazingly consistent audience draw: titillation, horror, outrage, a little snappy banter, and references to semen stains and vaginal tearing.

You can praise the show for its innovative exploration of topical themes – or squirm in your chair at the image of a series whose writers must have to troll daily for the grimmest, most depressing headlines of the day for their material — who realize they've hit the jackpot when an especially unusual or gruesome case makes the news. (If they aren't already casting around for an episode this season about elder rape, I will eat my pepper spray.) And as the show reinvents itself through cast changes and shifting trends, its line between compelling drama and abuse as entertainment will clearly stay in the grey area. At least 50 shades of it.