America's national nightmare is over: The refs are back 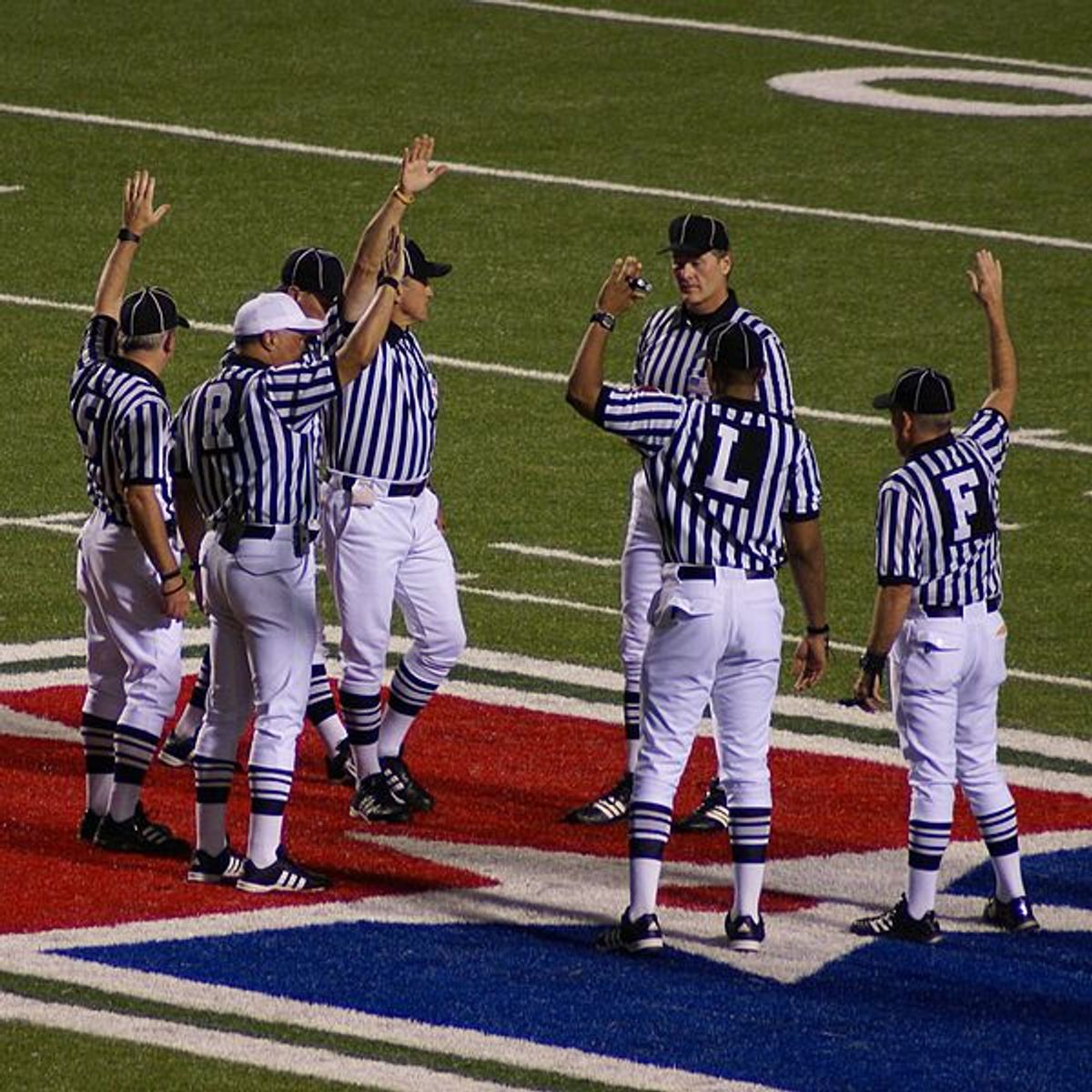 After Monday night’s debacle finally gave anti-replacement referee-ers their point source for the pollution they believed to be "disgracing" (Trent Dilfer’s words, not mine) the integrity of the game, the labor dispute between the owners and referees’ union had clearly reached an impasse.

As a growing contingent of fans spent weeks loudly denouncing the work of the replacement refs on Twitter and had begun to literally call for the NFL to fix the problem before someone got hurt (whether it be on the field or at the hands of their bookies), the NFL had an actual PR problem on its hands. This, above all else, forced both sides to a negotiating table they never wanted to be at in the first place; finally reaching a decision late last night. But in order to understand just what had the owners and referees at odds with one another, it’s important to understand just what the owners and referees wanted from one another.

As reported in the Christian Science Monitor, there were four main issues (see table below) pushing the NFL referee lockout into the fourth week of the season. Many reports on the lockout made it clear that the league was at least somewhat justified in its requests (e.g., all other NFL employees now have a 401(k) plan). Over the past three weeks, though, NFL fans across the country realized just how much better, and more credible, the game was with the union referees on the field. This gave the union quite a bit of bargaining power and put the league in an awkward position of compromising future revenues for a set of stubborn principles.

Given the insane revenues the NFL brings in on a yearly basis (which we’ll get to later on), it’s clear that the league wasn’t so much worried about the costs of agreeing to the union’s terms but rather was fighting on principle. One analysis suggests that it would have cost the league only $45 million over seven years, or about $6.5 million per year, for the full package of issues on the table (the expensive things the union wants as well as the expensive things the league wants). That was the explicit cost of ending the lockout, or in other words, the actual out-of-pocket expense of ending this labor dispute. The cost of continuing the lockout were a lot less certain -- and a lot more implicit (read: hidden and complicated) -- but likely would have taken the form of decreased league revenues as fans stop watching football and start watching "Breaking Amish."

Now, it is well-trod territory to acknowledge that “demand for the NFL is inelastic,” which means that -- like a drug -- fans are addicted to the NFL and are just looking for a fix, no matter what weird things the dose is cut with. But this ignores the fans on the margins, the ones who turn the NFL from the most popular sport in America to the most popular thing in America. These fans, who follow the league closely enough to watch things like Monday Night Football on a regular basis but not so closely as to be in three fantasy leagues and a suicide pool, are the life blood of the league as it relates to transcendent culture significance and astronomical TV ratings.

As a result, it was these fans that the NFL needed to worry about, even in the short term, because they were precisely the type of fans not above leaving and significantly less willing to come back if the product dips below a certain unknown level of utility, or benefit, for them. That’s because their interest in the sport may have already been shallow, and like any good rational actor, they will jump at a good substitute (NASCAR, playoff baseball, basketball, hockey) if market conditions forced a change in their individual preferences, even if it doesn’t cause a major shift in the preferences of the market as a whole.

Knowing this, the key became finding how many fans would have to stop watching football (presumably due to the lackluster officiating of the replacement crews) to offset the financial benefit of not coming to a deal (the $6.5 million in avoided annual costs tied to a new deal).

To figure out how much money the league stands to lose by not ending the lockout, we needed to figure out how much revenue each fan generates for the league. Then we needed to look at how the revenue lost from fans giving up on football compares to the costs of ending the lockout. Here are some of the important numbers (which you can find in convenient table form below):

This past Monday, about 16.2 million people watched Monday Night Football. Assuming each viewer can be used as a proxy for the total number of NFL fans and that league revenue is directly tied to the number of fans, each fan is responsible for $602 in annual league revenue. (Note: this number correlates to the type of fans mentioned above; ones that are actively engaged in the workings of the league -- or at least enough to watch a game in the 3rd week of the season between two 1–1 teams -- not those who only watch the Super Bowl, which is a completely different audience.)

Of course, there’s no way of knowing how many fans will stop watching football due to the lockout-induced decrease in the game’s quality. Let’s assume that the number of fans falls below the league’s expectations by 0.1% each year, from now to 2025. Each of these lost fans is tied to $602 in annual league revenue. Through 2025, the PV of the lost revenue tied to these disgruntled fans would total about $154.4 million, about twice as much as it would cost the league to end the lockout now. So think about it, was it reasonable to assume that at least 1 out of every 1,000 people that watched the Seattle/Green Bay game last Monday may not tune in again next week because of the botched calls?

If revenues are what matter, then the league clearly needed to pay up sooner rather than later. The union referees, regardless of the justifications underlying their requests, needed to get back on the field. This deal was in everyone’s best interests. Not only did it help the league maintain its revenue projections, it made fans happy.

Decisions like this, especially when it comes to pro football, permeate out, creating a domino effect that reverberates from the center of the stadium to every corner of our economic system.

The NFL’s unprecedented success plays an (obviously) large role in the entertainment sector of our economy, which, in case you’ve been living under a rock -- with poor reception and no internet -- means it plays a large role in our "leisure" economy. The NFL’s success helps local businesses (e.g., sports bars) that rely on the success of the league for their own livelihoods. It helps mega-businesses (e.g., Nike and Adidas) sell more shoes and jerseys. It helps players sign and maintain their large endorsements.

Which is why the league had to roll over and accept its role as the little spoon in these negotiations: even "principles" have a price tag.