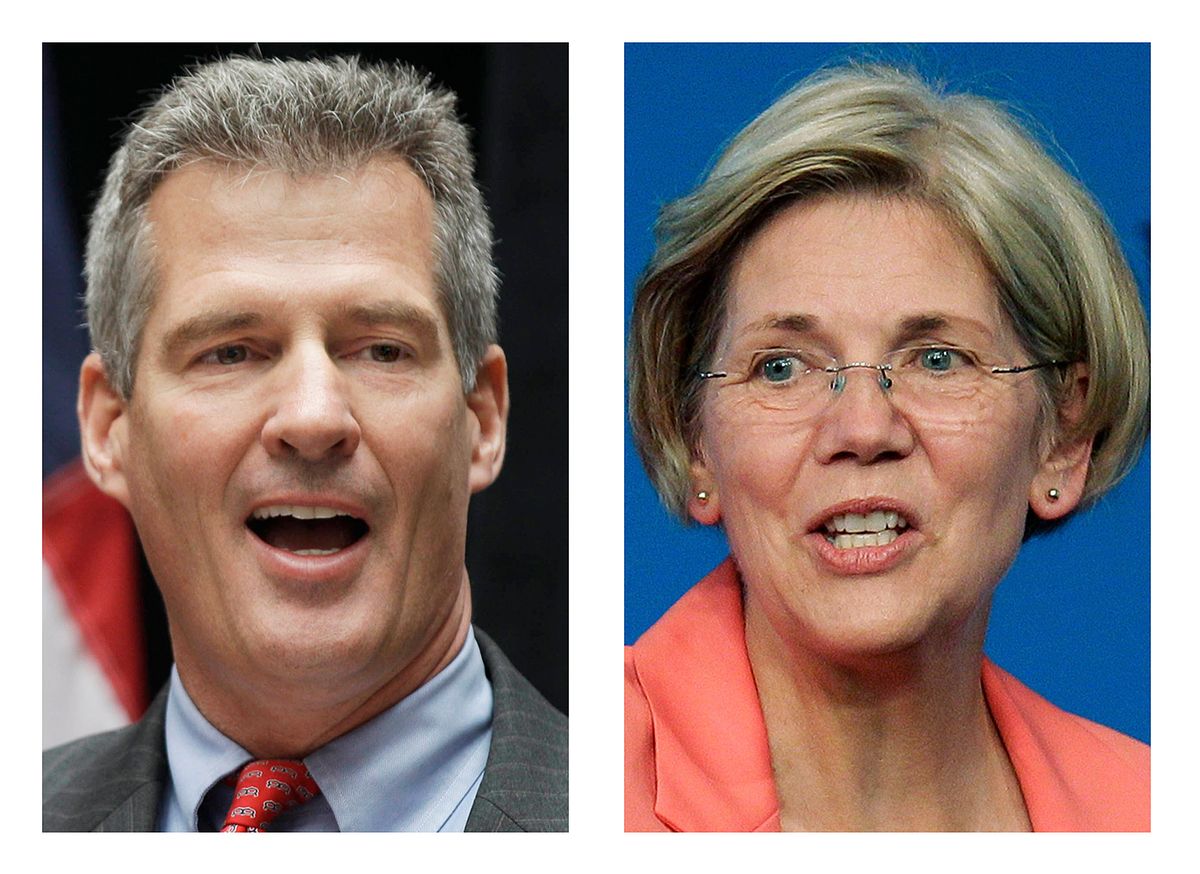 Ask corporate executives what they really want in a legislator, and they probably won’t use words like “principled” or “well-informed.”

If the cocktails are appropriately strong and inhibitions are consequently reduced, executives will likely tell you in a moment of candor that the best politician, from their perspective, is the one who is incurious and who possesses very little policy expertise. They don’t want people with inconvenient morals, ethics or brains getting in their way. They want the equivalent of T-1000s from the “Terminator” films: unthinking, fully programmable cyborgs willing and able to shape-shift in order to carry out a mission.

Alas, it is rare to get such an admission in public, and it is even more rare to get said admission in the pages of a major publication. That’s why Businessweek’s recent examination of the country’s marquee U.S. Senate race is so significant. In looking at the Massachusetts matchup between Republican incumbent Scott Brown and Democratic nominee Elizabeth Warren, the magazine quotes Brown fundraiser Lawrence McDonald, a former Lehman trader, acknowledging that he and his Wall Street friends hate the idea of an independently informed legislator who might bring her own wisdom to Washington.

“If Warren were to win, McDonald says, she’d be 'seen as an expert' by a second Obama administration, which he finds terrifying,” the magazine reported. “Scott Brown is 'just a good senator,' McDonald adds. 'He wouldn’t be an adviser to either candidate in a financial crisis.'”

Get that? Warren is disliked precisely because of her years of distinguished research as a Harvard professor, her tenure heading the Congressional Oversight Panel for the Troubled Asset Relief Program, and her overall unwillingness to take orders from corporate interests. Meanwhile, Brown is praised as a “good senator” specifically because he lacks policy knowledge that might help him counsel government officials on how to deal with another bank meltdown. Oh, and because as a lawmaker, he has a proven track record of saying “how high” when Wall Street says “jump.”

To be sure, McDonald’s general lament about the arbitrary assignment of expert status certainly has a grain of truth in it. America is run by false experts – indeed, all you have to do is thumb through Chris Hayes’ recent book Twilight of the Elites to know that national politics is dominated by people who have little experience in, and knowledge of, those policy areas in which they claim to possess expertise. And this is a problem in both parties.

For instance, Democrats tout Colorado U.S. Senator Michael Bennet as their go-to expert on education. But he is a man who spent only a little over three years in any education-related position (as an appointee in the Denver school system) and who spent the vast majority of his career as a political aide and corporate raider with “no teaching or school administration experience,” according to the Denver Post. Likewise, Republican Rudy Giuliani has long been billed as a foreign policy and national security expert merely because he happened to be New York City’s mayor on 9/11, not for any actual experience in those fields.

But, then, the seeming randomness of the “expert” label highlights special interests’ antipathy toward legislators with genuine expertise. Through political stagecraft – corporate-funded symposia, conferences, speeches, etc. – those interests help manufacture policy “expert” status for expertise-free politicians like Bennet, Giuliani and other automatons who are most willing to simply take orders.

Warren is different–a leader with more knowledge and intelligence on economic issues than almost anyone in Washington. That’s why, as Businessweek says, Wall Streeters are desperately hoping her opponent defeats her in the upcoming election. Like every special interest with business in the nation’s capital, they fear anyone coupling legislative power with independent thought.