Pick of the week: A tough, smart time-travel thriller 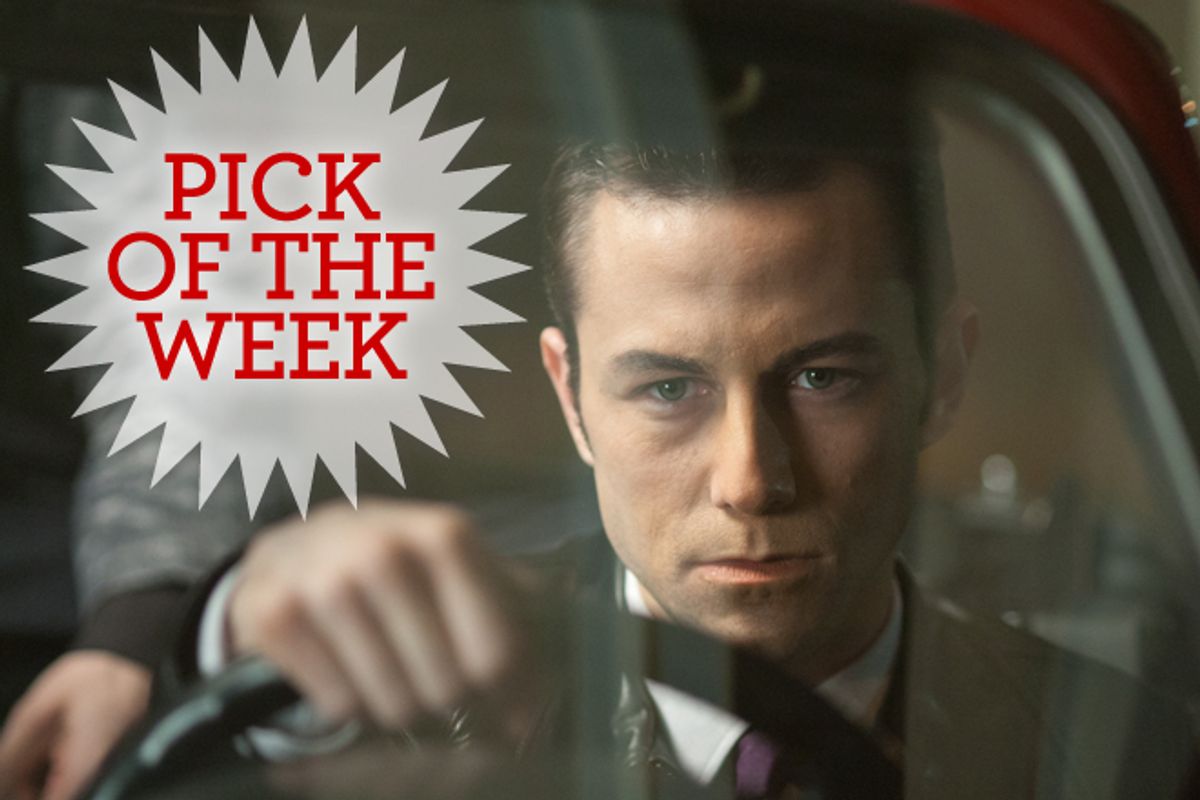 If there’s any consensus to be drawn about the future from recent trends in science-fiction movies, it’s that it doesn’t seem worth waiting around for. The idea that the future will suck incalculably worse than the present did not begin with “The Hunger Games,” of course. It goes back at least as far as the Cold War and the A-bomb. (It’s not as if the dystopian vision was brand-new then, either – Aldous Huxley’s “Brave New World” was published in 1932.) Authors, screenwriters and directors are always future-casting based on the most visible present-tense trends, which is no doubt why the chaotic years from the late ‘60s through the early ‘80s produced so many memorable futuristic nightmares, from “Planet of the Apes” to “Soylent Green” to “Escape From New York.”

If writer-director Rian Johnson’s witty, dark and highly ambitious time-travel thriller “Looper” clearly belongs somewhere in that tradition, it isn’t post-apocalyptic, at least not in the normal sense. You might say that those of us in 2012 are right in the middle of its slow-moving apocalypse, and have only partly noticed it. No one in the movie ever discusses how America has changed between now and 2044, the present of “Looper,” but certain things are obvious: Fossil fuels appear to be scarce to nonexistent; most of the cars we see are 2000s clunkers retrofitted with solar panels. Technology has continued to miniaturize and develop, but class divisions have only gotten worse. The unnamed American metropolis (possibly Kansas City) where the main action takes place has an impressive skyline, but its streets are a John Carpenter zone of wreckage and chaos, where might makes right.

As Joe, the hit man protagonist played by Joseph Gordon-Levitt, explains in voice-over, time travel has not yet been invented in the 2040s. It will be, about 30 years hence, and will promptly be outlawed, becoming a tool for gangsters and secret agents. Joe knows this because he works for Abe (a nifty little role for Jeff Daniels, who does sinister nicely), a crime boss from the future. Joe has a pocket watch and dresses like a character from a crime movie made long before he was born -- "Looper" is full of those kinds of stylized choices -- and his usual task is to stand in cornfields waiting for undesirables of the future to be shipped back, bound and masked, so he can bump them off. That’s right: He murders people who may not have been born yet, and dumps bodies that don’t officially exist – and the brain-twister is only getting started.

I’m not ready to proclaim “Looper” a sci-fi masterpiece just yet; let’s let it sit awhile. But it’s a lean, mean, smart, violent picture with a bit of Stanley Kubrick edge, fueled by the terrific Gordon-Levitt, who simultaneously plays a guy whose confident worldview is falling apart and does the most uncanny impression of Bruce Willis you’ve ever seen. (I’d never even thought about Willis as an actor with distinctive mannerisms, at least beyond that trademark, thin-lipped smirk, but I do now.) That’s important because, as you may have heard, Willis is also in the movie playing an older version of Joe, one sent back from the 2070s to be executed by his younger self – this is known as “closing the loop” – who escapes, for complicated reasons. (Or, well, yeesh – let’s say for now that in some of the probable or possible outcomes, that’s what happens.)

I look forward to lengthy discussions about the brilliance and/or stupidity of the way Johnson handles the narrative, logical, philosophical and physical problems raised by time travel (precisely the factors that make most theoretical physicists conclude that traveling backward in the space-time continuum will never be possible). As Willis’ Joe says to Gordon-Levitt’s Joe when they meet face to face over steak and eggs in a very 20th-century diner, they’ll never get anywhere if they sit there all day “talking time-travel shit.” But here’s how it seems to work: Our lives as we have experienced them up to now are only one possible eventuality. If someone goes back in time and drowns your grandma in the bathtub as a baby, then the whole timeline that includes you will be replaced by another one.

In other words, you really could prevent the Holocaust by going back and murdering Hitler, although a cascade of unforeseen consequences might flow from that. Without giving too much away, the story of “Looper” offers a variation on that theme. After finding some redemption in the latter portion of a dissolute 21st-century existence, and then facing a crippling tragedy, the Willis version of Joe loops himself back to the world of his youth, on a personal, preemptive errand of vendetta. (It’s all about a woman he met in Shanghai and a fearsome criminal godfather of the 2070s called the Rainmaker. Since you asked.) The Gordon-Levitt version of Joe first sees older Joe as a threat to his own survival – “letting your loop run” is a major infraction of the time-travel hit-man code – then as a potential ally, and then … well, let’s leave their final collision at an isolated farmhouse, where a creepy telekinetic kid lives with his sexy single mom (Emily Blunt), for you to discover.

It might be fair to describe “Looper” as an unstable combination of ‘70s-style grime and grit, Kubrick’s “The Shining,” Christopher Nolan’s “Inception” and the better, creepier portions of any given M. Night Shyamalan picture. But, hell, I’ll take that seven days a week over the predictable three-act formulas of almost all American genre movies these days. Johnson’s screenplay may get stuck on some unresolvable plot conundrums – I’ll have to see it again to feel sure – and may also offer a bit too much indie-flavored shaggy-dog-ness, along with Bruce Willis wielding firearms.

But this is a genuinely tough-minded and unpredictable movie, one of the fall’s most enjoyable entertainments, which comes darn close to fulfilling the potential Johnson displayed in his debut, the hilarious and eccentric high-school noir “Brick,” which also starred Gordon-Levitt. (I wasn’t a huge fan of “The Brothers Bloom,” which felt way too much like a Wes Anderson film without Anderson.) Underneath the futuristic setting and the sophomoric mind-benders, “Looper” offers some flint-hard Zen lessons about the ways idealism and regret can become as destructive as cynicism and greed, especially when we’re talking about the delusional male ego. Learning to live with what actually happened in the past, however much we deliberately misremember it, embellish it or lie about it, is as close to maturity as most of us ever get. Imagine, Johnson asks, how badly we would screw things up if we could actually change it.