Suspicious registration forms have now been found in 10 Florida counties 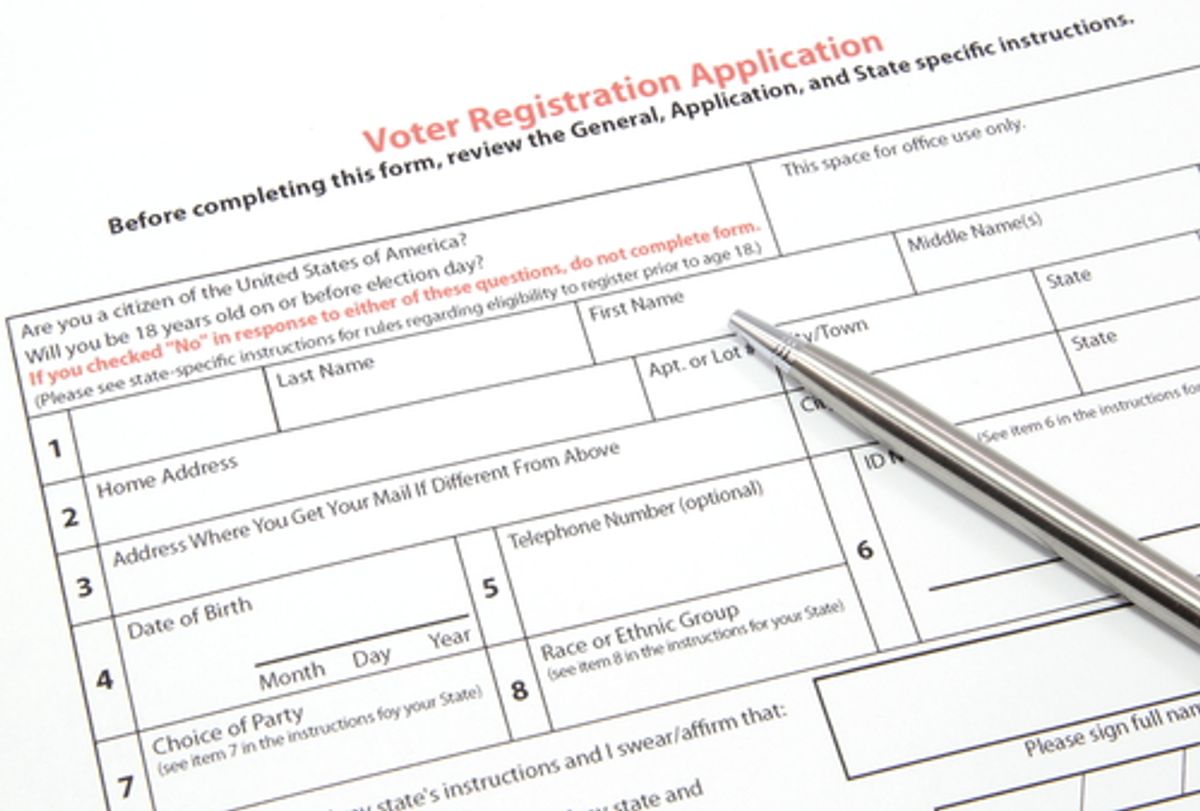 Problematic voter forms have now been found in 10 Florida counties, reported the New York Times Sunday. The forms are linked to Strategic Alliance Consulting, a group that was hired by the state Republican Party to sign up new voters, but was fired last week as reports of suspicious forms first surfaced in numerous Florida counties.

The Florida Division of Elections has forwarded the reports of possible fraud to the Florida Department of Law Enforcement for investigation. Prosecutors in some affected counties are also investigating. It is unclear how many forms have been forwarded, in all: in Palm Beach County, the election supervisor found 106 suspicious forms, but the number in several other counties is far lower...

... Election supervisors said they have come across forms with handwriting that did not match previous registration forms, bogus addresses and other identifiers like driver’s license numbers that appeared to be invalid. But in other cases, the forms were just incomplete, which does not constitute fraud.

Strategic Alliance is owned by Nathan Sproul, a former executive director of the Arizona Republican Party. Sproul's 2004 voter registration project was investigated by the Justice Department and the attorneys general in Arizona, Nevada and Oregon as claims of fraud emerged, but no charges were brought. As Brad Friedman noted on his Brad Blog last week, despite Sproul's checkered past, Mitt Romney's campaign hired him as a political consultant late last year.

Friedman also noted that the voter form scandal, along with the recent revelation of a video showing a GOP voter registration worker screening out Democrats, is far worse than the claims made against ACORN over fraudulent voter registration in the past. Even before the latest news of suspicious voter forms, Friedman noted:

While Republicans had long been critical of fraudulent voter registration efforts they inaccurately attributed to ACORN, the non-partisan, four-decade old community organizing group (which has since been forced into bankruptcy as a result of the years-long GOP effort to mischaracterize them and their work) there is no evidence, to our knowledge, that any of its tens of thousands of registration workers ever screened out potential registrants from one party or another before allowing them to register, as seen in CO.

Neither is there evidence that any of their workers ever changed party affiliations on registration forms, as is being alleged tonight in Palm Beach County, or destroyed Democratic forms, as has been alleged over the years, as noted by Republican Rep. Cannon. [Rep. Chris Cannon (R-UT), during a hearing on voter fraud, said that "the difference between ACORN and Sproul is that ACORN doesn’t throw away or change registration documents after they have been filled out."]