Who belongs to this untapped market? You do, of course 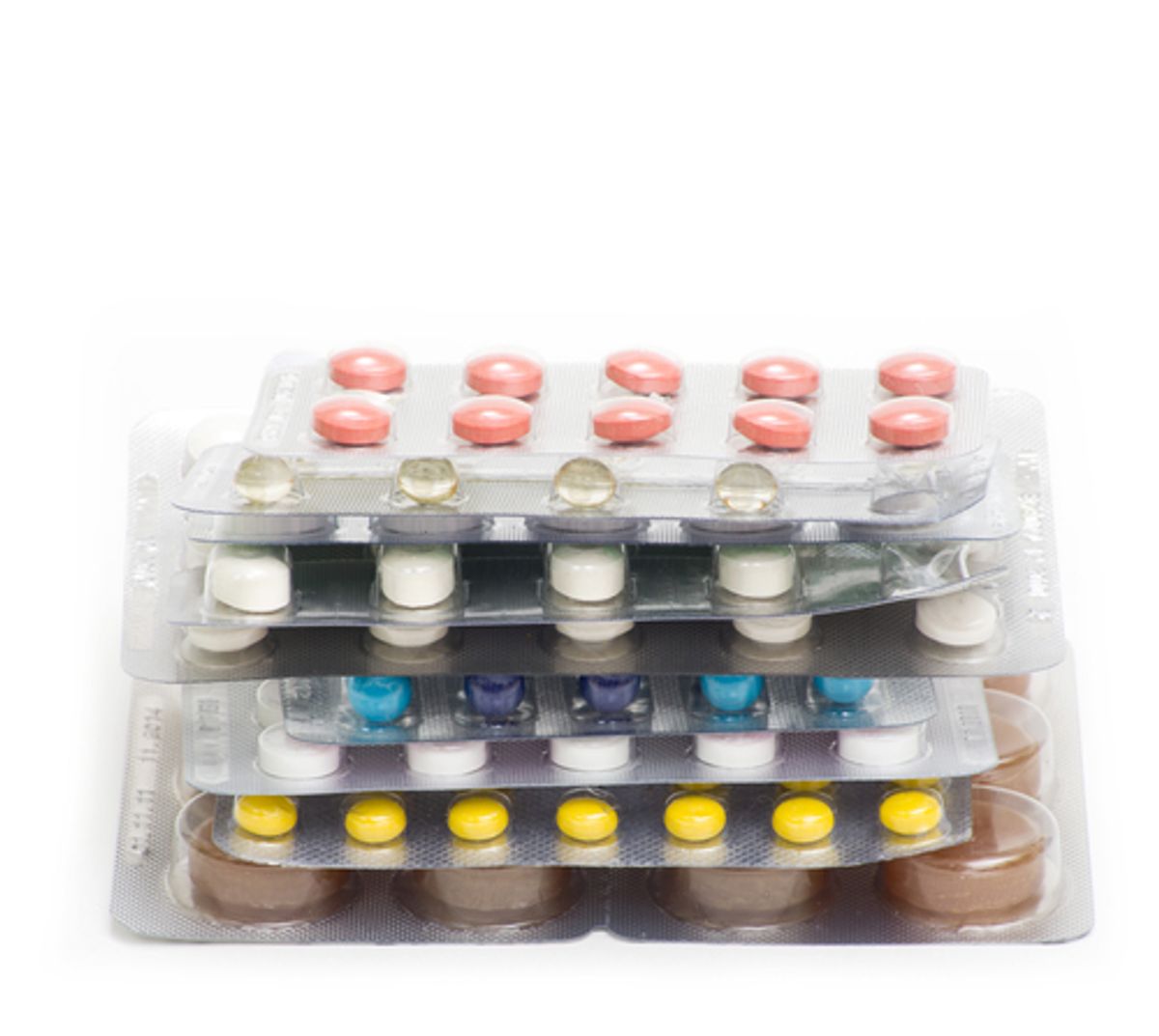 There is good news and bad news about attention deficit/hyperactivity disorder (ADHD) -- that is, if you’re a drug company. The bad news is the kid market has peaked out with 4.5 million U.S. children now carrying the label. The good news is adult ADHD is an emerging market. In fact, adult ADHD, with symptoms similar to pediatric ADHD such as impulsivity, distractibility and difficulty paying attention, following instructions and meeting deadlines, is the next big thing.

"Immature adult market continues to offer greatest commercial potential," read a 2008 press release to the pharmaceutical industry from the market research agency Datamonitor: "Estimated to be twice the size of the pediatric ADHD population, the highly prevalent, yet largely untapped, adult ADHD population continues to represent an attractive niche to target."

So who might consider themselves part of this “untapped” market?

Like astrology in which anyone relates to Scorpio's horoscope, almost everyone who takes an adult ADHD quiz will discover they are “sick.” To qualify as having attention deficit/hyperactivity disorder according to the most recent draft of the American Psychiatric Association's DSM-5, soon to be published, you need to suffer from six or more of the following symptoms for at least six months.

Although some people who are sufferers claim great improvements with ADHD drugs, the broad criteria and aggressive marketing from drug companies leave open the possibility that many more people will become medicated who really don’t need to.

Big Pharma is cashing in no doubt, but at what cost?

It is no accident so many have drunk the ADHD Kool-Aid (one ADHD drug is actually a grape syrup marketed with the slogan "Give 'em the Grape"). Big Pharma has funded several patient front groups to sell the disease of ADHD without people knowing they are being sold.

The next year it did almost as well--raking in $1,174,626, from Lilly, J&J's McNeil division, Novartis and Shire according to its filing. There was even a little pork left over! Although the group listed its most significant activity that year as providing "support for individuals with Attention Deficit/Hyperactivity Disorders," it also spent $330,000 on its annual conference and $114,950 on a 20th anniversary gala that year. Compensation for its then CEO, E Clarke Ross, was $187,747 and the next two highest paid officials earned $130,217 and $121,095.  Nice "non-profit" work if you can get it.

CHADD's communications department produces the bimonthly magazine Attention, which has plenty of advertising space and is disseminated to CHADD members and "over 40,000 doctors' offices." Its list of Officers and Board of Directors for 2009-2010 includes psychiatrist Suzanne Vogel-Scibilia, whose credentials include being "a consultant for psychopharmacology projects at the National Institute of Mental Health," but who is also a past president of themother of all patient front groups, the National Alliance on Mental Illness (NAMI.. Former CHADD CEO Ross also treads the primrose path between government and industry, working at NAMI and for the National Association of State Mental Health Program Directors.

In 2010, CHADD was lobbying for recognition of adult ADHD with the Social Security Administration and "the inclusion of AD/HD and other neurobiological disorders in the definitions/eligibility categories for government benefits programs such as SSI, SSDI, Medicaid, developmental disability, and vocational rehabilitation programs." Hey, someone's got to pay the outrageous $791 Adderall XR bill, why not taxpayers?

Apparently the ADHD adults might need cash payments as well. According to CHADD’s Leadership Blog, the group told a Social Security Administration advisory panel that: "A subset of adults with AD/HD is unable to be gainfully employed because of the chronic, substantial inattention and executive functioning challenges caused by the disorder."

CHADD asked the SSA to recognize adult ADHD as "a disability that can inhibit the ability to work, and to ensure that reasonable job accommodations and supports are available for individuals who cannot engage in substantial and meaningful employment without them."

Another ADHD front group called the Attention Deficit Disorder Association (ADDA), promotes itself as "the world's leading adult ADHD organization." Its president, Evelyn Polk-Green, says she has ADHD and both her kids have been diagnosed with it. She is also a paid speaker and consultant for J&J subsidiary, McNeil Pediatrics.

In 2009, McNeil sponsored a Facebook page to stimulate sales called "ADHD Allies: A Place for Adults with ADHD," which listed Polk-Green as an Allies "Leader." The Facebook page, which expired in August, mentioned no ADHD drugs but provided a link to an online ADHD self-assessment questionnaire, advising people to, "Take this test and discuss your answers with your healthcare professional."

There is another way to sell the disease of adult ADHD and the costly drugs that treat it -- screening. Just as Big Pharma seeks to screen kids for "mental problems," expectant mothers for "depression" and teens for "bipolar," it now screens for adult ADHD.

In 2009, Shire launched a Nationwide Adult ADHD Mobile Awareness Tour, which included a "mobile screening initiative" called the RoADHD Trip. The caravan, anchored by "the RoADHD Trip Tractor Trailer" which turned into a tented area with eight "self-screening stations," traveled the country, visiting major cities such as Chicago, Indianapolis and Dallas. In each city, Shire said it was partnering with the Attention Deficit Disorder Association, "a leading adult ADHD patient advocacy organization, in an effort to assist up to 20,000 adults to self-screen for this disorder."

And there was a doctor component, too. A "field-based team of experienced psychiatric nurses" would "provide in-office education to physicians and their staff on ADHD in adults," promised Shire.

If you weren't in one of the cities on the RoADHD trip, you did not have to miss out. J&J’s McNeil came up with a similarly edgy mass marketing scheme for Concerta the same year in New York City. "Pedestrians mulling around Times Square in New York City can learn more about ADHD by responding to an advertisement on the CBS jumbotron, via text message," reported an article in Medical Marketing & Media.

The 15-second ad (no attention problems there) read "Can't focus? Can't sit still? Could you or your child have ADHD?" and ran on a 26x20-foot screen four times an hour. When pedestrians texted "ADHD" to a certain number, they "received a near-instantaneous text message in return containing a link to the 'Concerta Mobile Web Experience,' a branded mobile-optimized platform for McNeil's ADHD drug,'" reported the article.

And wait, there was more. Visitors to the McNeil Web site got a coupon for a 30-day free trial of Concerta.

What is the harm in advertising the "disease" of adult ADHD? Since there is no blood or other diagnostic test to confirm it and quizzes are just guesswork, the category easily grows with advertising, a phenomenon called disease-mongering. You have it when a clinician says you have it--which is just fine with Big Pharma.

Nor will you will ever know if you have adult ADHD (assuming it exists) because the ADHD drugs--Adderall, Vyvanse, Intuniv, Ritalin, Concerta, Desoxyn, Dexedrine, Strattera, Provigil, Nuvigil and the Daytrana patch--"work" the same on everyone.

Are you "treating your ADHD" or just doing what truck drivers, factory workers, athletes, students, people working two jobs, anyone not getting enough sleep and party animals have done for over 50 years? Using speed--a drug so pleasurable, meth dealers often say, "first taste free." You'll never know, but now that the pusher is Big Pharma, you are a patient, not a recreational drug user or worse.

An April 26, 2010 segment of “60 Minutes” reported on a survey of nearly 2,000 students at the University of Kentucky in Lexington, that found 34 percent of undergraduates had taken ADHD drugs without a prescription, with the number climbing the longer students were in school. Fifty to 60 percent of juniors and seniors were taking them, Alan DeSantis, a communications professor at the University of Kentucky who was shocked at the drugs' popularity on campus, told Katie Couric.

Nor are students the only eager users. “60 Minutes” reported that in 2009 there were more than two million prescriptions written for Provigil, a stimulant first developed to treat the symptoms of the rare sleep disorder narcolepsy but now used by truck drivers on long hauls, doctors working around the clock and even fighter pilots on extended combat missions, approved by the Air Force.

This is not the first time the U.S. has threatened to become a nation of "legal speed freaks" noted pediatrician, Lawrence Diller, author of "Running on Ritalin: Should I Medicate My Child?" in a San Francisco Chronicle oped.

"There have been three previous waves of doctor-prescribed stimulant abuse since World War II, the last being Dexedrine for weight reduction in the 1970s," Diller wrote. "In every previous case, American society, through Congressional hearings and state laws, decided that the overall harm of prescription stimulants to the society was greater than the good they provided."

But it is the first time stimulants were sold on billboards in Times Square for an adult ADHD "market" of an estimated nine million people.