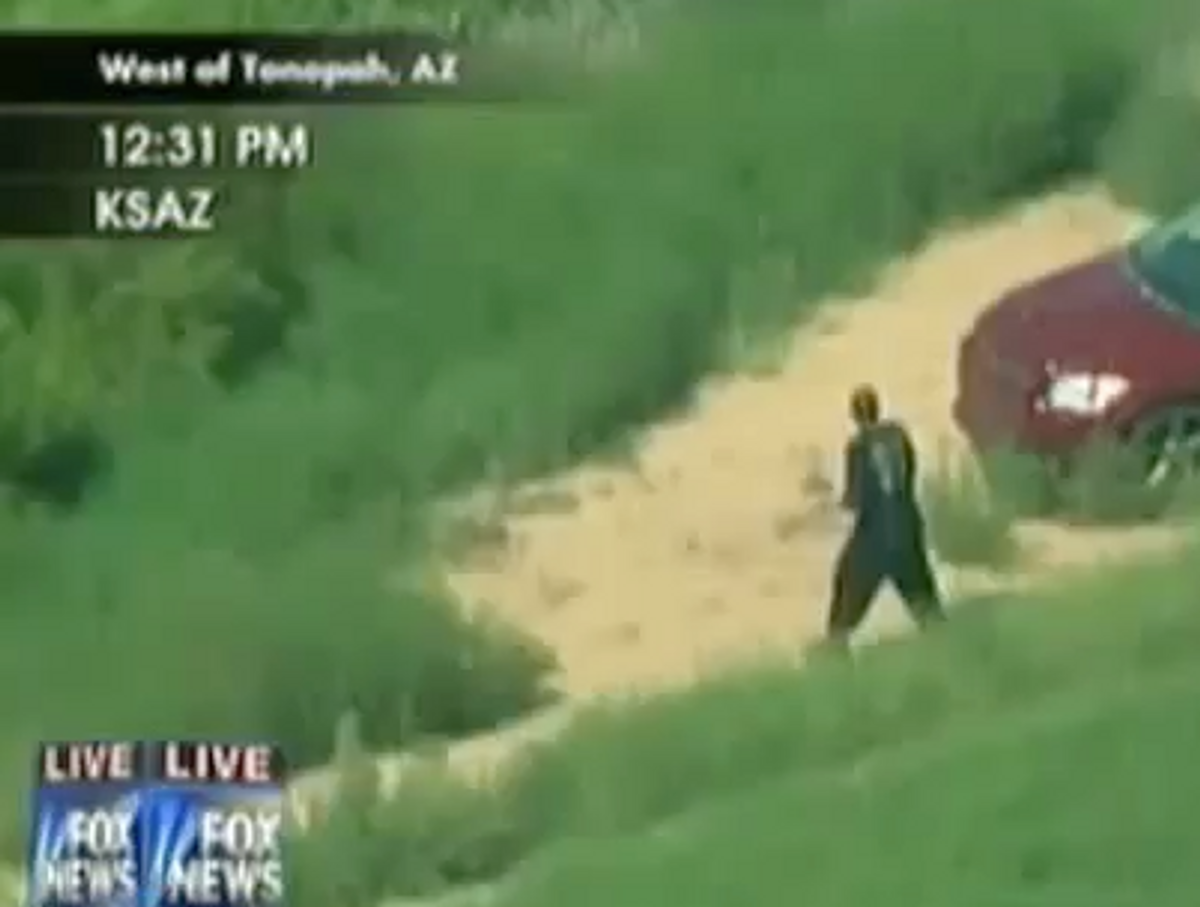 The man who killed himself while Fox News cameras rolled following a car chase last week has been identified as 33-year-old Jordan Romero.

According to reports from Arizona police and the victim's family, Romero was already on parole for a weapons charge and had just left prison at the time of the car jacking last Friday.

Nature Romero, a relative, told ABC15, "He's a good person.  His intent was not to hurt anyone.  He was just going through a lot and all he wanted to do was hurt himself."

Fox News has apologized profusely for mistakenly airing the suicide, blaming basic human error. The broadcasting of the harrowing suicide has raised questions about the ethics of airing car chases at all, with Romero's case highlighting the desperation and tragedy that can underpin these dramatic scenes.