In August, 34,000 more people lost their jobs in the eurozone 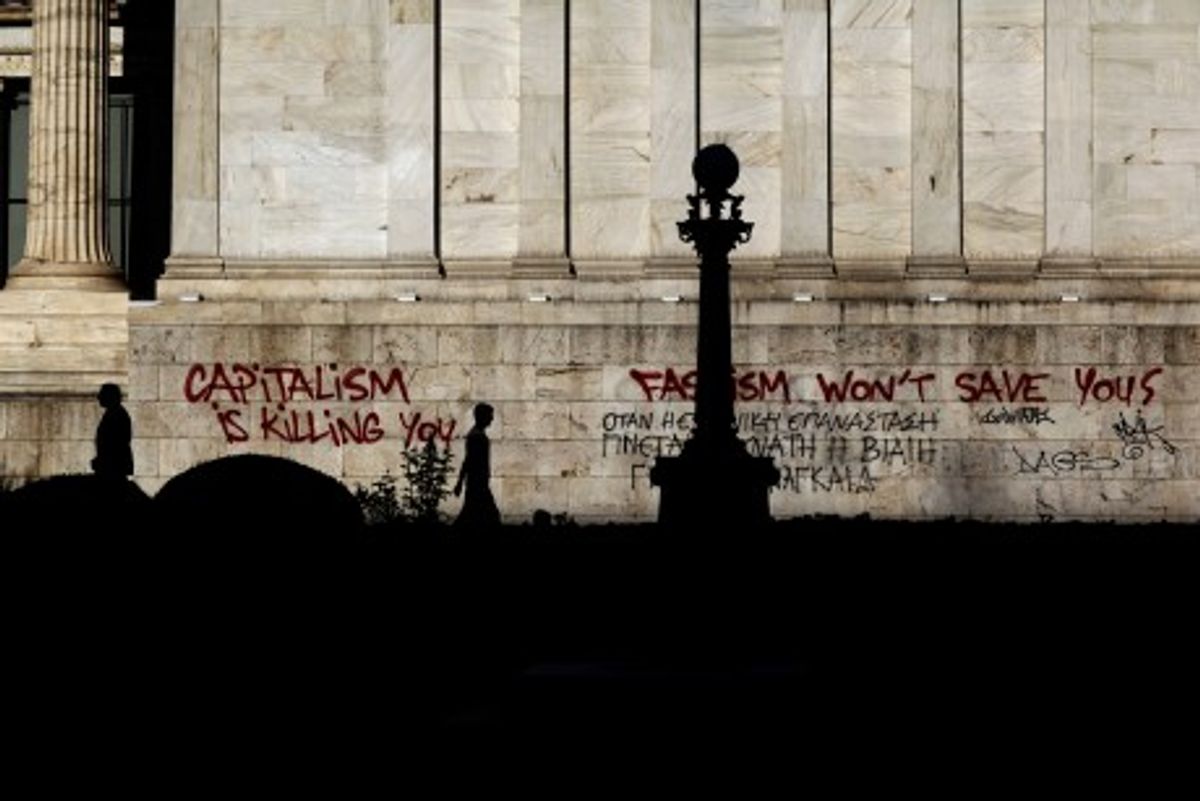 BRUSSELS — Unemployment across the 17 countries that use the euro remained at its record high rate of 11.4 percent in August, official data showed Monday, renewing concerns that efforts to slash debts have sacrificed jobs.

While European leaders have managed to calm financial markets in recent months with promises to cut spending and build a tighter union, they have been unable to halt the rising tide of joblessness.

In August, 34,000 more people lost their jobs in the eurozone, according to data released Monday by the European statistics agency, Eurostat. The unemployment rate — the highest since the euro was created in 1999 — is the same as July's, which was revised up from 11.3 Monday.

Economists note that the very spending cuts that are intended to ease the financial crisis by lowering public debt are what's pushing unemployment higher and threatening the continent with recession. Some experts urge leaders to instead loosen spending to encourage growth.

But many European countries — like Greece, Spain and Italy — have very little room in their budgets for such a stimulus. Greece, for instance, is already relying on a European bailout to pay its bills — and its rescue creditors are pushing for more cuts, not spending.

Greece and Spain have the highest unemployment rates in the eurozone, around 25 percent for both.

Other economists say that the labor market reforms these countries are pushing through will eventually get them back on the path to economic growth. The question is merely how bad it will get before that happens — and whether the governments will be able to stay the course in the face of widespread popular protests.

Tens of thousands of people poured into the streets of Madrid, Lisbon and Paris this weekend to protest austerity. In Spain, the demonstration descended into violence, as protesters clashed with riot police.

Howard Archer, the chief economist for HIS Global Insight, said it will take some time before Europe's labor market rebounds.

"It is unrealistic to expect any turnaround in the near term at least in eurozone labor markets given ongoing weakened economic activity and low business confidence," he said. "Indeed, there looks to be a very real danger that the eurozone unemployment rate could reach 12 percent in 2013."

European countries outside the eurozone are faring slightly better than those inside. For all 27 countries in the EU, the unemployment rate for August held steady at 10.5 percent after the July rate was also revised up slightly.