They're costing their families a fortune, and political pressure has begun mounting to overhaul the system 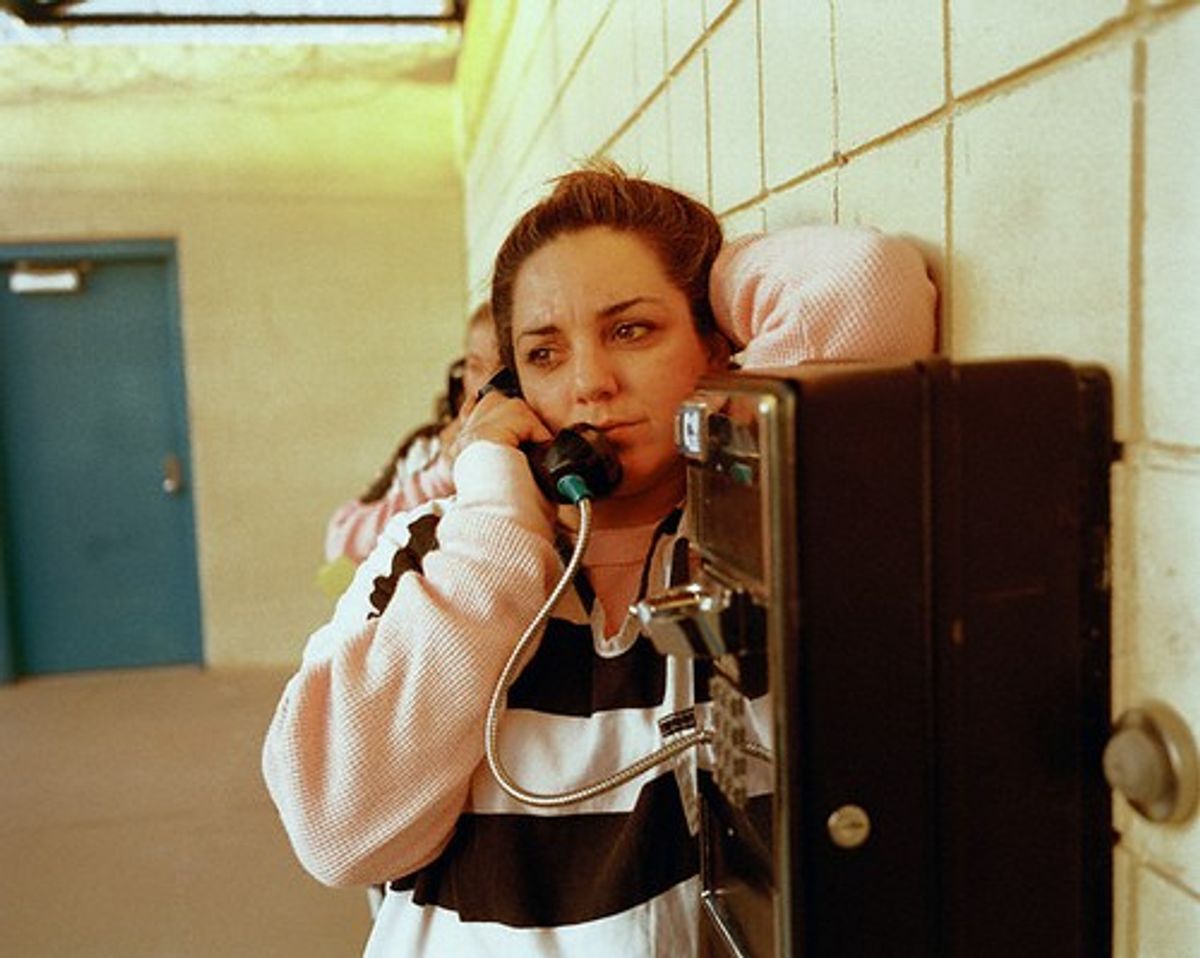 Paying a $4.25 connection fee and then 75 cents per minute thereafter seems costly, unless, perhaps, we're talking about a phone call from our future Mars colony back to Earth. It is, though, what an operator at the phone company Global Tel*Link says it costs for a call from Pennsylvania's Carbon County Correctional Facility to anywhere beyond the local calling area. That's in line with the rates other companies charge for prisoners around the country to make simple long-distance phone calls. To compare, prepaid cell phones on the outside top out at about 20 cents a minute, and a standard residential landline plan at just half that.

If you find it difficult to rally sympathy for prisoners' hefty monthly phone bills, consider two things. First, we know that contact with the outside world while in prison is tied to better outcomes after prison. Second, those costs are generally borne by families and friends, either through collect charges or the refilling of debit accounts, what the Center for Constitutional Rights' Annette Dickerson calls "a transfer of punishment." More than a decade ago, a Washington, D.C., grandmother named Martha Wright protested the high cost of taking calls from her grandson, who had been relocated from Virginia's now-shuttered Lorton facility, a short Metrobus ride away, to Ohio, then New Mexico, and finally Arizona. A class-action suit followed. In 2001, the federal district judge on the case deferred to the Federal Communications Commission (FCC), and that's where the Wright petition has sat since.

A report released last week from Massachusetts's Prison Policy Initiative called "The Price to Call Home" dissects how a 20-minute call from Carbon County Correctional ends up costing 20 bucks. States sign exclusive prison contracts with phone companies, leaving few options for the support network of prisoners far from home who want to stay in contact without traveling long distances. It also means that while prisoners' outside contacts are responsible for paying for calls, the real customers are states and their prison systems. (It's one reason, perhaps, that prison chat boards are full of complaints about poor customer service and dropped calls.)

Meanwhile, those who benefit from the prison phone system have little interest in seeing calls cost less. In 42 U.S. states, you see, there's a commission—"kickback," as the report describes it—that is returned to the state as a portion of the revenue generated by inmate calls. Officials argue that those funds are needed to pay for things like family visits, rehabilitation programs, and the care of ailing prisoners. When New York state banned the practice five years ago, the commission stood at 57 percent. Authorities aren't eager to broadcast the details, but a request under Pennsylvania's right-to-know law found that for fiscal year 2007, inmate phone commission returned some $7 million to the state.

There's a long history, of course, of the American prison population serving as a resource from which the powerful extract value. Inmate calling is a captive, lucrative market dominated by phone companies you've never heard of, like the aforementioned Global Tel*Link, Securus Technologies, and CenturyLink, all born after the forced breakup of AT&T in the mid-1980s. Those companies argue that this niche market is, as one Securus executive testified before Congress in 2009, "special." For one thing, there's the matter of collecting on all those collect-call charges. For another, there are extra precautions needed so that the prison phone systems aren't used to harass witnesses, plot escapes, or generally engage in criminal activity.

Kickbacks aside, in many ways the problem is that we don't really know how "special" the prison phone environment is, and we have little proof that the economics of a decades-old prison model that began with actual pay phones (remember them?) and human operators are still valid. Today, there are prepaid calling plans that eliminate the need to float collect-call fees, software that can monitor human speech, and voice-over-Internet-protocol technologies (VOIP) capable of reducing costs; the tab on one 20-minute call to Carbon County Correctional in Pennsylvania equals the monthly bill on my home Vonage plan. Interestingly, we do see innovation at the margins, like startups that equip prisoners' family and friends with numbers local to the prison but that, thanks to the magic of the Internet and VOIP technology, ring through their long-distance phones, thereby avoiding long-distance fees.

The popularity of that little VOIP scheme is prompting the federal prison system, with its standard 23-cent long-distance rate and 6-cent local rate, to adapt. According to the Government Accountability Office, the Bureau of Prisons is considering a location-neutral rate, making up some of the difference with modest fees on its new secure e-mail system. At the state level, though, there seems to be little to encourage tapping new, efficient programs to benefit users.

Over at the FCC, the Wright Petition is asking the federal government to cap state prison long-distance rates at 25 cents a minute, which might spur questions about those much-higher state commission rates. Yet there's no rush at the FCC to tackle the prison-phone challenge. "You know the two or three things in the corner of your desk that you might get to if you get through with everything else?" says Lee Petro, Wright's counsel. "Martha Wright's petition has been sitting in that pile." The FCC isn't the world's fastest-moving agency, and proposals that look like aid to prisoners can have an inertia all their own. But it's not particularly good for anyone if, in the most efficiently connected age the world has ever known, artificially high costs keep prisoners cut off from the outside world.