He talks tough on China, but Romney's invested in a Chinese company fined thousands for selling fake college tests 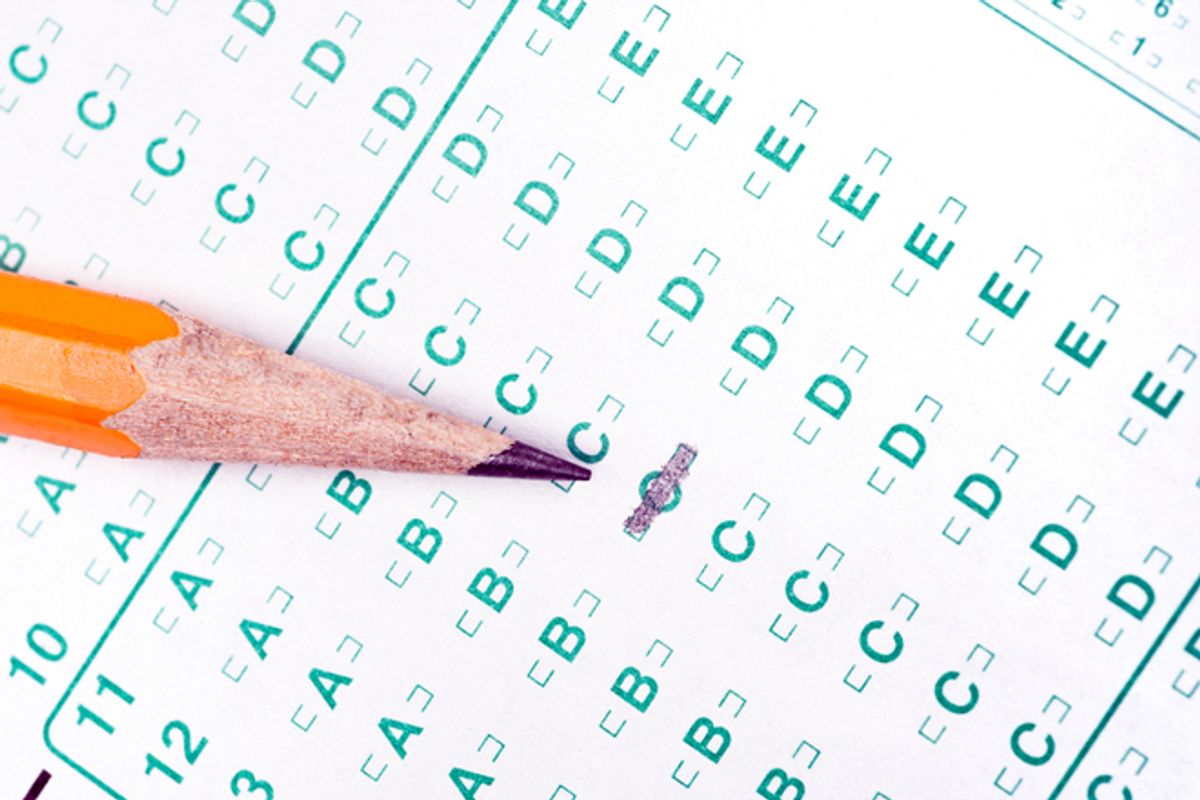 In the latest Romney campaign reboot, the candidate has made a central theme of President Obama's alleged softness on China. "Fewer Americans are working today than when President Obama took office," the narrator of a Romney ad released last week intones. "It doesn't have to be this way if Obama would stand up to China. China is stealing American ideas and technology."

The 30-second ad, titled "Stand up to China," says Obama failed on no fewer than seven occasions to stop China’s violations of intellectual-property laws. FactCheck.org notes that the ad mangles the facts, but beyond that, Romney’s whole focus on China carries perils, not least because he has invested in and profited off of Chinese companies known for violating American businesses’ intellectual property.

Romney’s recently released tax returns show that he invested in the parent company of Youku, a sort of Chinese YouTube that was a haven for pirated movies and TV shows, though the company is now apparently cleaning up its act.

Another notable Romney investment, which has so far gone unnoticed, was in a Chinese private education company that was cited repeatedly in the late 1990s for selling bootleg American graduate school entrance exams and was forced by a Chinese court to pay hundreds of thousands of dollars in fines in a landmark copyright case.

According to his 2011 personal financial disclosure form, Romney’s blind trust invested between $15,001 and $50,000 in New Oriental Education & Technology Group, the largest provider of private educational services in China, though his recent tax returns show he sold at least some of that position. Among other services, New Oriental helps Chinese students prepare for the tests needed to gain admission to American universities, like the Test of English as a Foreign Language (TOEFL), the GRE or the GMAT, the business school entrance exam. The company has said that as many as seven in 10 mainland-Chinese students who attended foreign universities have gone through one of the schools' test-preparation classes.

A 2001 expose in the the Chronicle Of Higher Education reported that New Oriental, “like other Chinese test-preparation schools, has been pirating and selling Educational Testing Service publications -- thus compromising their integrity and costing the testing service money by violating its copyrights.” Educational Testing Service (ETS) is the private nonprofit giant responsible for the TOEFL, the GRE and other tests.

ETS began to get suspicious of New Oriental in late 2000 when they saw “a surprising increase in Chinese student test scores,” University Wire reported at the time. In response, ETS sent a letter to American universities warning them to give extra scrutiny to Chinese students. In November of that year, Chinese authorities raided the school where they “seized thousands of illegal copies of the tests that were being sold logo and all in the bookstore of the New Oriental School,” as the AP reported at the time. The tests sold in the bookstore included “live questions” being used on current tests, leading ETS to believe that New Oriental had paid people to take the tests, memorize the questions, and later reproduce them. The school had already been caught hawking bootleg tests in 1996 and 1997, and despite apologies and promises to stop each time, it apparently did not.

In 2001, ETS and the Graduate Management Admission Council (GMAC), which administers the GMAT, sued New Oriental in Chinese court. In 2002, the school’s founder and president, who had developed a high profile as China’s leading expert on gaining admission to foreign universities, abruptly resigned. The Straits Times reported the resignation was due to the ETS piracy scandal, but the school denied this.

In 2003, a court in Beijing ruled in ETS and GMAC’s favor and forced New Oriental to pay about $1.2 million in fines, along with over $100,000 in legal fees, and required the school to turn over all illegal copies of ETS and GMAC materials, and publish an apology. New Oriental appealed, and while the decision was upheld, the fine was reduced to $774,000 in 2004.

The ruling became a landmark case in Chinese intellectual property law, as it was the first case argued after China joined the World Trade Organization and a rare win for a plaintiff. "This ruling should give international companies more confidence about operating in China and having their significant intellectual property rights recognized and enforced by the Chinese courts,” the president of GMAC said in a statement. The company has since changed its ways; in 2007, New Oriental and ETS made up when they entered into a licensing agreement.

Since September 2006, when New Oriental began trading on the New York Stock Exchange under the symbol EDU, the price has skyrocketed from just over $5 to $17.44 a share today.

It’s not clear from Romney’s personal financial disclosure forms when his trust purchased the position in New Oriental, and the Romney campaign did not respond to a request for comment. New Oriental did not respond to a request either, but has told Businessweek that it doesn’t comment on past litigation. As the campaign has often said of Romney’s investments, his trust, like that of most other politicians, is “blind,” meaning he has no control over how the money is invested and cannot see where his money is kept. While this is true, it still puts Romney in an awkward position to be making money off a company that has a poor record on intellectual property at the same time as he criticizes his opponent for being weak on intellectual property violators.

And while Romney now says that it’s not fair to criticize investments in his blind trust, he did just that in 1994 when running against the late Sen. Ted Kennedy. “The blind trust is an age-old ruse,” Romney said then. “You can always tell a blind trust what it can and cannot do. You give a blind trust rules.”