Billionaires are up in arms over Obama's new tax plan. He should follow the wisdom of FDR and tell them to stuff it 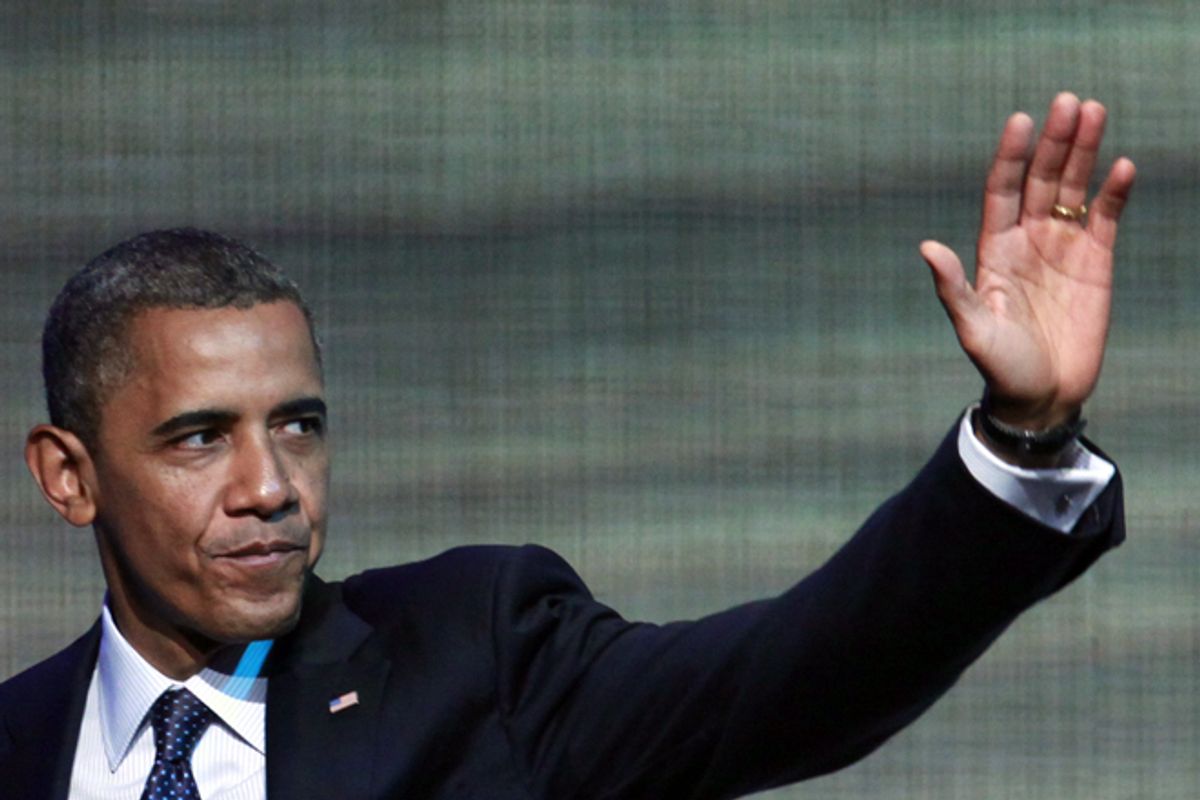 So Obama, defending his plan to raise taxes on the rich, says this:

And billionaire hedge-fund manager Leon Cooperman, a former Obama supporter, responds with this:

Cooperman, like so many of his fellow super-rich, is upset at Obama's class-warfare "tone." But in response, as Chrystia Freeland documents in her definitive New Yorker treatment of billionaire Obama hate, Cooperman raises the level of divisive rhetoric light-years beyond Obama's, straight into a galaxy of ludicrous imbecility. It is beyond irrational to compare Obama with Hitler, or to argue that in any meaningful way his administration has waged class warfare against the rich. If we've said it once, we've said it a million times, Obama has been great for the rich!

The growing antagonism of the super-wealthy toward Obama can seem mystifying, since Obama has served the rich quite well. His Administration supported the seven-hundred-billion-dollar TARP rescue package for Wall Street, and resisted calls from the Nobel Prize winners Joseph Stiglitz and Paul Krugman, and others on the left, to nationalize the big banks in exchange for that largesse. At the end of September, the S. & P. 500, the benchmark U.S. stock index, had rebounded to just 6.9 per cent below its all-time pre-crisis high, on October 9, 2007. The economists Emmanuel Saez and Thomas Piketty have found that ninety-three per cent of the gains during the 2009-10 recovery went to the top one per cent of earners.

Vein-popping blood-pressure spikes are hard to avoid when one reads about the hurt feelings of America's billionaires. Seriously, if you're looking for ways to provoke real socialist revolution in the United States, the behavior investigated by Freeland is surely the best way to go about it, outside of mass-mailing invitations to a storm-the-barricades party to every American on food stamps. Flaunt your entitlement! Bemoan the hardship of your 14.1 percent tax rate! Complain that you are not getting enough credit for endowing the local symphony!

But the real wonder is that Obama doesn't take more advantage of this obvious public relations bonanza. It is impossible to imagine anything that could play better for Obama with working-class voters than the fact that "hostility toward the President is particularly strident among the ultra-rich." Franklin D. Roosevelt knew what to do with banker ire -- just a few days before Election Day in 1936 he famously told a crowd at Madison Square Garden that "I welcome their hatred."

Obama should be doing the same.

Or maybe he is. Because if we want to understand why polls show Obama up comfortably in Ohio, at least part of the reason has to be that Wall Street billionaires hate him -- and like the other guy.