"The Libertarian Case for Mitt Romney" is hilarious 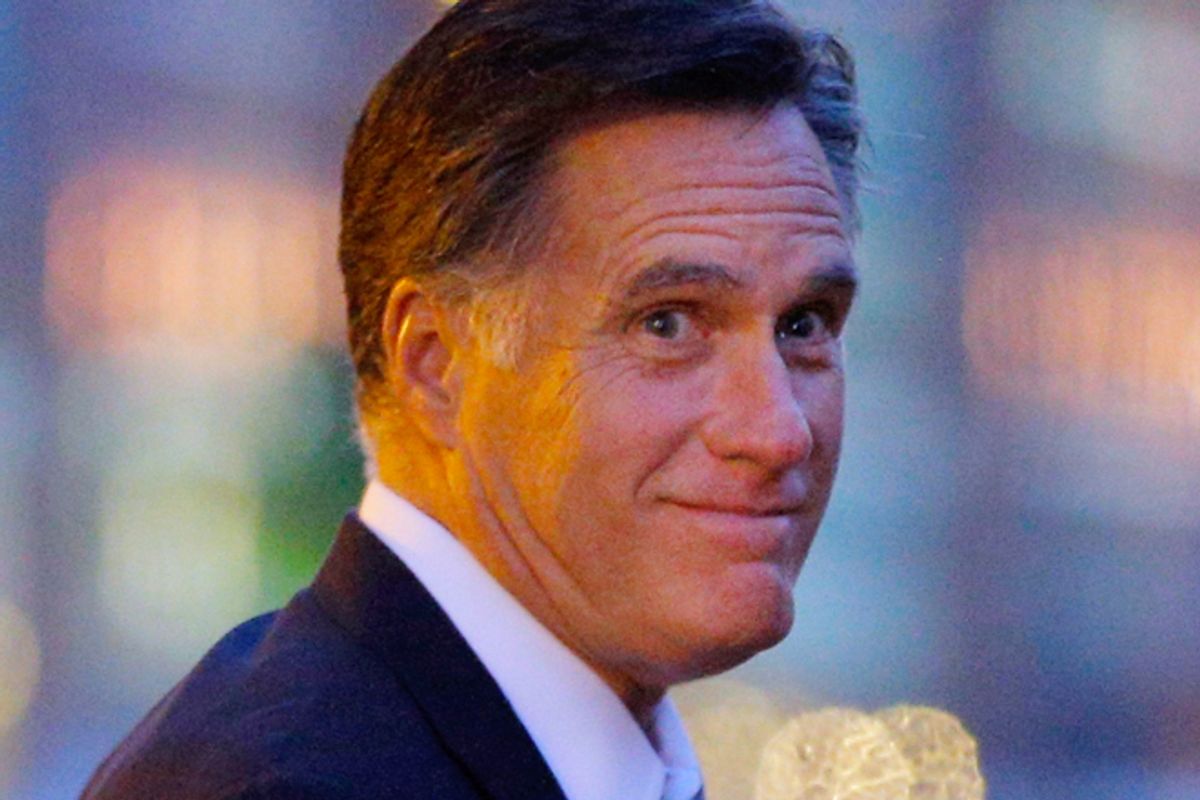 The funniest Borowitzian parody political blog post of the day is "The Libertarian Case for Mitt Romney" by Stephen "VodkaPundit" Green. It is 1,500 words long and, really, its only flaw as a political argument is that it never actually bothers to make any sort of case for Mitt Romney.

The post is about how libertarians should vote for Mitt Romney because Obama is Stalin, basically. Or at least he is Woodrow Wilson. Excerpts:

It took a century to take us this far along the Progressive path to a Technocratic State of high-tech feudalism, but we’re almost at the end of the line. Another four years is probably all that’s needed to get there.

Wait, this is the best part:

China currency manipulation, the Afghanistan surge, the civil war in Syria, the Drone War over the Middle East, gay marriage, the Life of Julia, the War on Women, Republicans want your father to take away your free birth control then impregnate you and force you to carry the child to term even if it kills you — these are largely distractions.

So if you are a hysterical crazy conspiratorial libertarian who honestly believes that Barack Obama is in the process of engineering a "Cloward-Piven crash" in order to destroy the American Idea, then voting for Mitt Romney makes perfect sense, because it is a matter of the survival of the Republic. Conversely, if you are a libertarian because you hate paying taxes and knowing that some people receive welfare then Mitt Romney is your guy, but you are the reason no liberals take libertarians seriously. (You and Ron Paul.) If you're what libertarians always insist libertarians are, though, there is really no case for voting for Mitt Romney, and you should just stick with Gary Johnson, or not voting.

Because there is no way Romney is going to 1) "start talking about cutting the actual year-over-year totals that taxpayers shell out for big-ticket items such as Social Security, Medicare, and defense"; or 2) " tell the Pentagon what he told countless businesses while working at Bain Capital: Do more with less"; or 3) "make clear that his limited government philosophy means the feds shouldn’t be intervening in the private lives of individuals unless it’s absolutely central to the survival of the nation."

Romney is not going to eliminate Medicare or cut defense one cent and on "social" issues he's running to the right of Bush in 2000.

Of course, it doesn't matter whom libertarians vote for. There are hardly any actual libertarians, and most of the sort of voters occasionally labeled libertarians (such as the ones supposedly breaking for Romney in record numbers) are actually just sorta moderate Republicans.