Crew members from two boats have been arrested 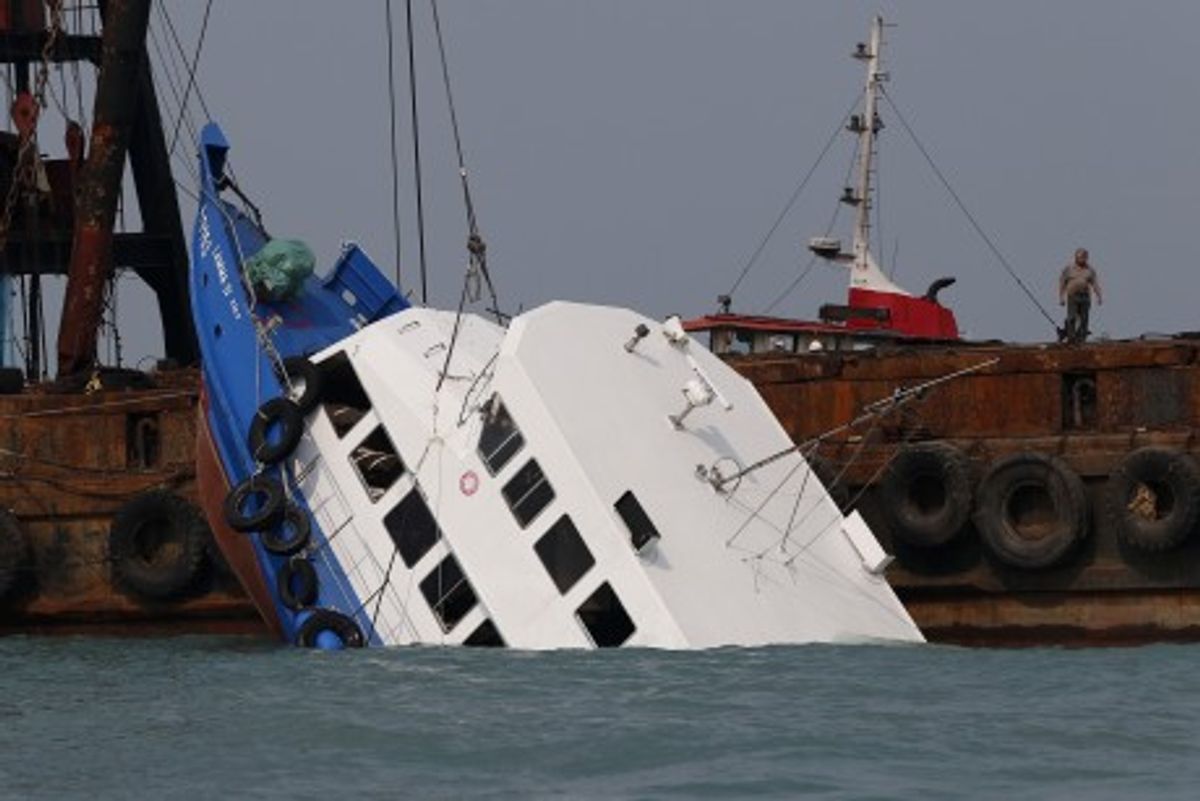 HONG KONG — Hong Kong police on Tuesday arrested six crew members from the two boats involved in a collision that killed at least 37 people in Hong Kong's deadliest accident in more than a decade.

Police Commissioner Tsang Wai-hung said crew members from both boats were detained on suspicion of endangering passengers by operating the craft unsafely, but he provided no other details.

Salvage crews were raising the Lamma IV, which sank after colliding with a ferry Monday night as it carried partygoers to a fireworks show celebrating China's national day. A body found aboard the vessel Tuesday afternoon raised the death toll to 37.

More than 100 people from the party boat were rescued and sent to hospitals. The ferry was damaged but completed its journey, and some of its passengers were treated for injuries.

The ferry collided with a boat owned by utility company Power Assets Holdings Ltd., which was taking its workers and their families to famed Victoria Harbor to watch a fireworks display in celebration of China's National Day and mid-autumn festival.

Police didn't know the exact number of people aboard the boat at the time of the accident and were interviewing survivors to determine if others were missing. Hong Kong Chief Executive Leung Chun-ying has ordered a full investigation.

There was no immediate word about how Monday night's collision occurred on the tightly regulated waterways of one of Asia's safest places, although it appeared human error was involved. The evening was clear and both vessels should have been illuminated by running lights when they crashed near Lamma island off the southwestern coast of Hong Kong island.

Survivors told local television stations that the power company boat started sinking rapidly after the 8:23 p.m. collision. One woman said she swallowed a lot of water as she swam back to shore. A man said he had been on board with his children and didn't know where they were. Neither gave their names.