Things are looking up at the perennial last-place network 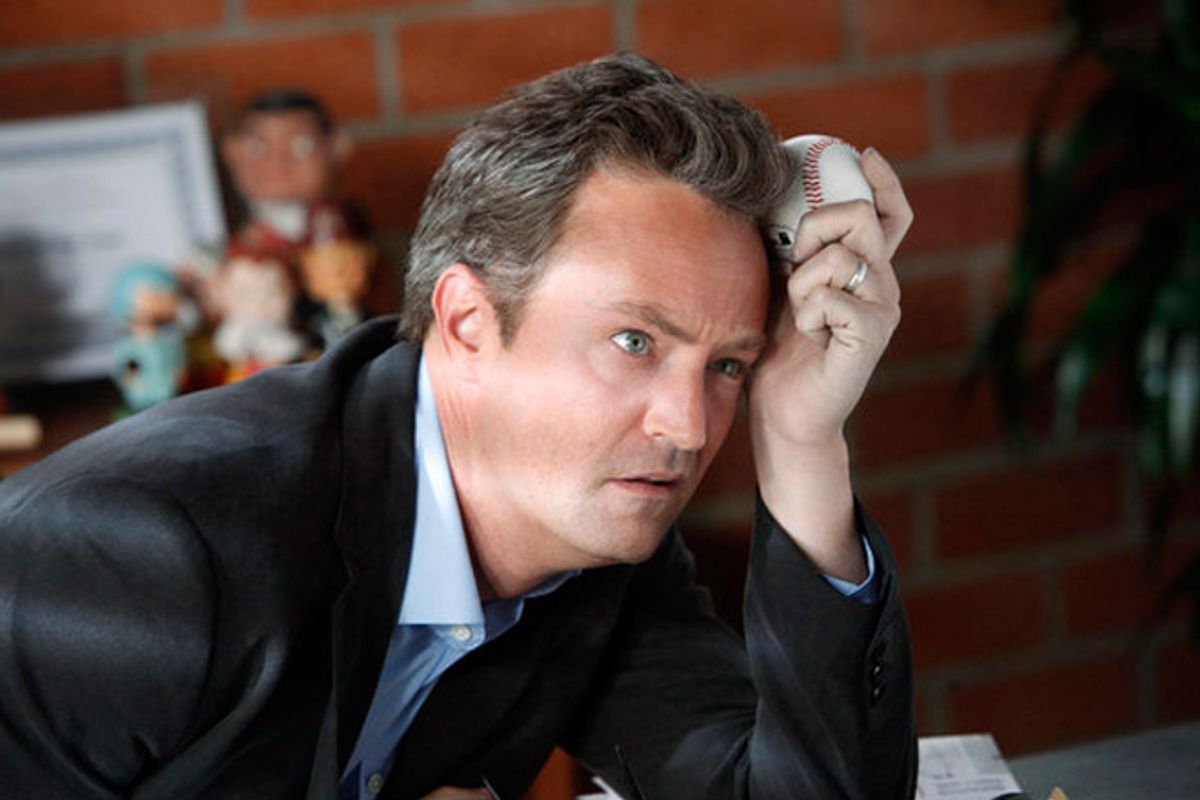 Last night, word leaked out that NBC will not be going ahead with “Mockingbird Lane,” its high-profile reboot of “The Munsters.” Despite detailed explanations of how the new project would be edgy and different from the 1960s sitcom, and the promise of a big, strong cast that included Eddie Izzard and Portia de Rossi, it always sounded like a pretty bad idea, or at least one that would be very difficult to execute well. The restraint shown by NBC in not ordering the series, one NBC has been talking about and up almost since the arrival of Bob Greenblatt, its still relatively new president, is another good sign for the network, which is having a surprisingly good autumn. Aside from airing “Guys With Kids” this fall, NBC is having the best pilot season of all the networks.

Here’s what happened: “The Voice's” ratings did not crumble in the face of the new Britney Spears–led “X Factor.” “Go On,” the likable, appealing Matthew Perry  sitcom about a support group, is doing better than any other new comedy; the same goes for drama, with NBC’s “Revolution,” about a world in which the electricity fails. (Three episodes in, I still think “Revolution” is so much great premise, so much wasted potential. On last night’s episode, everyone was still wearing a perfectly clean, perfectly unmarked henley, characters were making Shaq and “Shawshank Redemption” references, and only two supporting characters were dealing directly with the lack of electricity issue, while everyone else was stuck in some poorly choreographed B-movie. But I digress.) All of this added up: NBC, which has been the fourth-ranked network since “Friends” ended in 2004, finished the month in first place.

This is all very good news for NBC, but it is a very relative kind of good news. NBC has done well compared with other networks, but not necessarily to premiere seasons' past. There are few shows this fall that have been monster break-outs, in either ratings or water-cooler chat. “Revolution” and “Go On” may be the best of the new shows, but NBC has still resorted to a bit of creative counting to trumpet their success. The Peacock is now airing ads saying “40 million people have made 'Go On' TV's No. 1 new comedy,” but that’s a misleading statistic. “Go On” has been averaging a little under 10 million viewers per episode over its first four episodes. That means to get to 40 million viewers, NBC  added up the number of people who watched each episode, much the way websites count page views — over the course of a month and with no regard for unique viewers. It’s not 40 million different people that have been watching “Go On," just 40 million people, some of them counted multiple times, throughout September. I guess "40 million people, but not 40 million different people, so really something closer to 10 million people, have made 'Go On' TV's No. 1 new comedy,” does not have such a great ring to it.  Similar math has been used so that NBC can say “29 million people have made 'Revolution' TV's No. 1 new drama.”  NBC is having a good fall, but that doesn’t mean quite what it used to.