Mikhail Sebastian was looking for a beach getaway. Now he may be stuck in American Samoa for the rest of his life 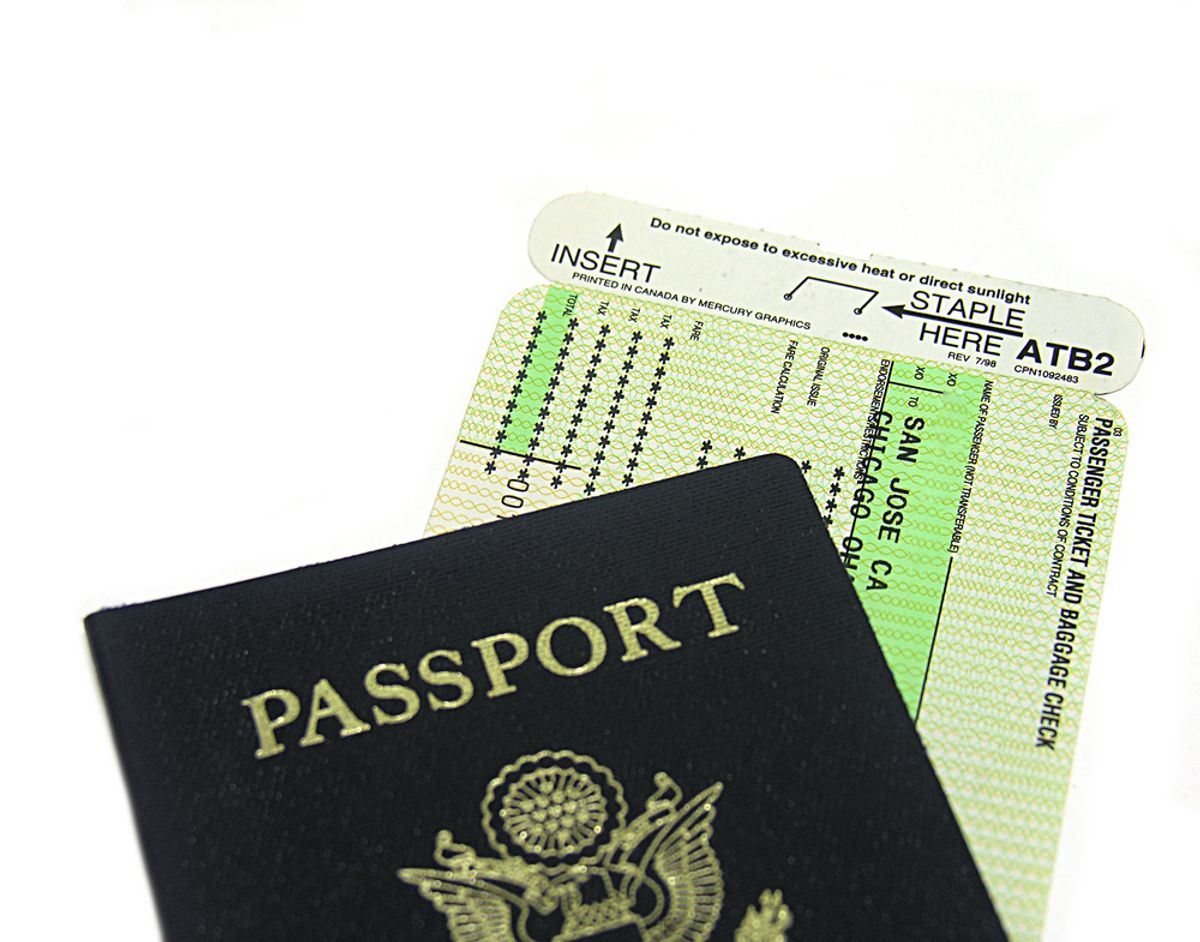 Instead of a five-day holiday to the lush, tropical US territory in the South Pacific, the 39-year-old has spent more than nine brutal months there caught in an immigration law hell. Experts agree it’s an unprecedented illustration of America’s broken immigration system.

The key sticking point: Though he’s lived legally in Houston and the Los Angeles area for years under a special arrangement with the Department of Homeland Security, Sebastian is stateless, with no citizenship at all. The federal government argues that during his vacation he “self-deported” from the United States — despite the fact that American Samoa is a US territory.

Now the part-time travel agent and barista is stuck on the 76-square-mile island as federal and local officials hash out what to do with him. Though the local government is putting him up with a local family and giving him a $50 weekly allowance, Sebastian can’t work under American Samoan laws and can’t travel off the island.

Most days, he can be found at the local McDonald’s using an internet connection to post online appeals, while drawing the sympathy of doting locals, who have been circulating petitions to get him back home. He’s living a sweaty Pacific island version of “The Terminal,” the movie in which Tom Hanks plays a traveler who loses his citizenship and is stuck in an airport.

Charity Tooze, a spokeswoman for the United Nations High Commissioner for Refugees’ (UNHCR) office in the United States, which is advocating for Sebastian, said: “There’s a big gap in the legal structure of the United States when it comes to stateless people, and Mikhail has fallen right through it.”

To understand Sebastian’s case, one has to grasp the problem of statelessness in America.

At least 4,000 people in the United States don’t have citizenship in any country, through no fault of their own, according to advocacy group Refugees International.

In some cases, countries use nationality as a political tool, stripping people of their citizenship when they’re abroad. Other times states simply cease to exist, and no one will recognize their former citizens.

That’s what happened in Sebastian’s case, which is no simple matter. He is an ethnic Armenian born in what is today Azerbaijan, but when the Soviet Union broke up, Azerbaijan refused to issue him a passport because, he claims, of his Armenian background.

But Sebastian adds that he has been unable to convince Armenian authorities to grant him a passport either. The explanation, he says, is that Armenia isn't convinced of his ethnicity and won't grant him citizenship under its laws.

The US immigration system can offer stateless people a path to legal residency and possible citizenship if an asylum claim is accepted.

But often, as in the case of Sebastian, stateless people end up in a legal twilight zone of sorts. His asylum application was rejected in 1996, the year after he came to the US on a business visa in his USSR passport and decided he wanted to stay in the country.

After a judge ruled in 2002 that he should be deported, Sebastian was jailed for six months. But since no country would accept him, officials released Sebastian with a work permit and the stipulation that he regularly check in with immigration authorities, records show.

“People like this find themselves in a very precarious position, where there aren’t really any remedies for them at all,” said Maureen Lynch, an expert on statelessness affiliated with the International Observatory on Statelessness in the United Kingdom.

They can end up living in permanent quasi-legality — often until their deaths, Lynch said.

More than 70 countries have signed on to two international conventions that bind them to provide a way for the stateless to regularize their legal status.

But the United States never has.

And though lawmakers have introduced legislation in the past to offer a pathway to immigration regularization, it has failed each time.

Because he can’t travel outside the United States, Sebastian says he’s been visiting the most exotic American destinations he can find — Guam, Puerto Rico and Hawaii, among others. To facilitate his travels, he has a so-called “World Passport” from the World Service Authority, which David Gallup, the group's president, describes as a global-governmental organization. A World Passport is a document that’s supposed to confer world citizenship; it can be issued to anyone, other than criminals, terrorists and citizens of certain countries, like Cuba and Iran, Gallup says.

Last December, he decided, the South Pacific was next on his list. He says he checked with US immigration authorities and was told that visiting American Samoa wouldn't cause him any problems. The American Samoans sent him an authorization to travel with the World Passport — because of American Samoa’s unusual relationship to the United States, everyone traveling there and back passes through customs.

Here’s the chain of events no one disputes: After visiting American Samoa, Sebastian took a side trip to the neighboring independent country of Samoa before crossing back into the US territory. When he tried to board a plane on the way back to the mainland, airline officials called US immigration authorities. They decreed that a World Passport wasn’t a valid travel document and he couldn’t board the flight back.

That doesn’t make sense to American Samoan officials, who wonder how Sebastian can be considered deported from the United States if he is now on American territory.

In a written statement to GlobalPost the Department of Homeland Security’s Immigration and Customs Enforcement agency wrote that Sebastian had, in effect, self-deported himself: “In 2002, an immigration judge with the Executive Office for Immigration Review (EOIR) ordered Sebastian to depart the United States. At that time, he was not in ICE custody as the agency had deferred action on his removal. In the meantime, he had been granted employment authorization. In December 2011 when Mr. Sebastian traveled to American Samoa and Samoa, he was prohibited from returning to the United States due to the immigration judge’s order.”

On the island, authorities have been appealing to the highest levels of the federal government. The territory’s governor, congressional delegate and the local Office of the Attorney General have all begged the US to take Sebastian back.

And a thick web of pro-bono immigration attorneys and UNCHR have taken up Sebastian’s case.

But Homeland Security won’t give in and Sebastian’s supporters worry that he could be stuck forever. If that happens, American Samoa would have to change its laws to allow Sebastian to work or own land, officials say.

“As a US territory we can’t tell the US what to do. And we don’t have the same influence a state does,” said Vincent Kruse, a lawyer with American Samoa’s Attorney General who has been working on Sebastian’s case. “It’s definitely very frustrating because we just want to help Mikhail go home but we’re starting to think about the possibility that he may be here for the long run.”

In August Eni F.H. Faleomavaega, American Samoa’s delegate to the US House of Representatives, appealed directly to Secretary of Homeland Security Janet Napolitano in a letter, calling the situation “unprecedented.”

“There are no pre-existing cases that would provide a better understanding in addressing his situation,” Faleomavaega wrote, asking her to resolve the situation.

But in a Sept. 13 letter, the Department of Homeland Security rejected that appeal, prompting strong words from Faleomavaega as he once more demanded Napolitano’s personal intervention.

"It is clear to me that the US Department of Homeland security has no sense of compassion for Mr. Sebastian," he wrote Napolitano last week, citing Sebastian's "extreme" living conditions and calling his treatment by federal authorities "inexcusable."

Sebastian just wants to get back to California to reopen his asylum case — records show federal officials had previously approved its reopening but rescinded the offer after they realized he was stuck in the South Pacific.

Back in McDonald’s, Sebastian says he isn’t reveling in his mini-celebrity on the island of just 55,000 people. He’s feeling powerless and at his lowest points has even contemplated suicide.

“This whole situation is like a hell for me,” he said.