I could still screw up my life

I worked hard not to end up like my brother. But the neighborhood where I'm from could be my downfall 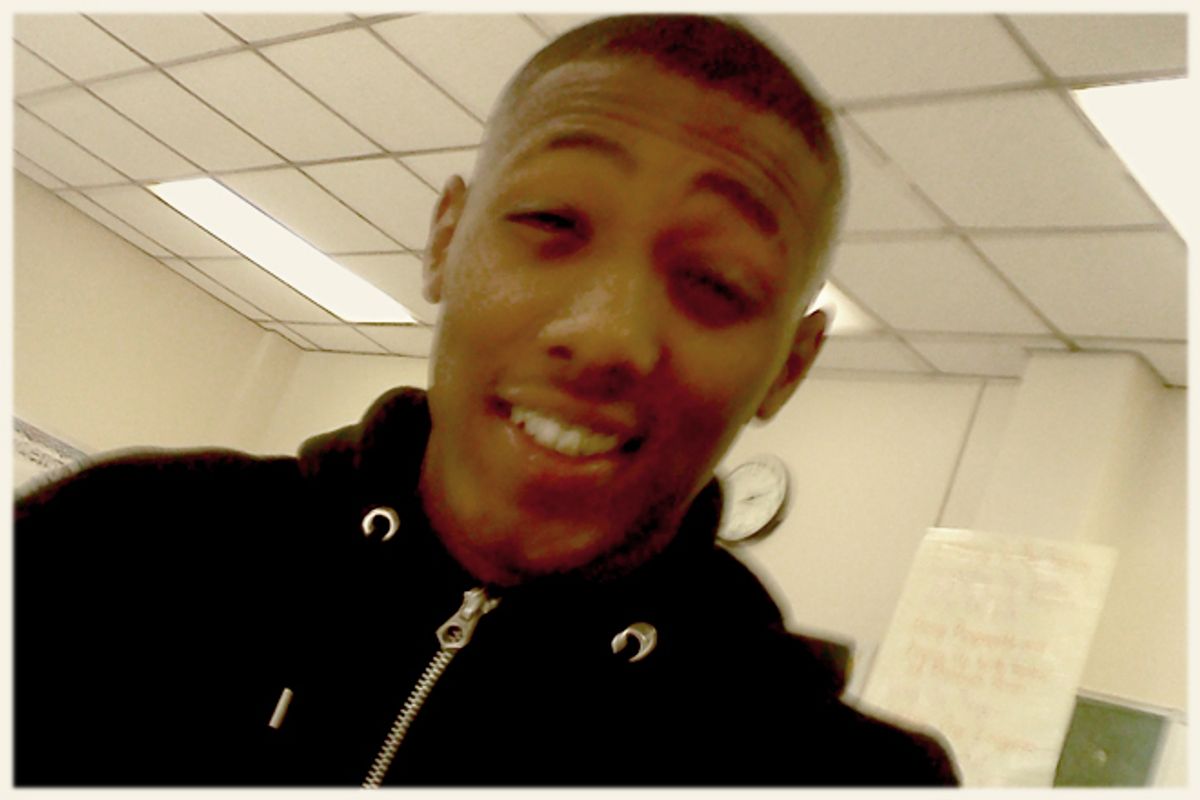 The following was told to Dick Gordon, host of the APM radio show "The Story," and ran as part of the American Graduate Project to combat the dropout crisis in America. It's presented as part of "The Story's" partnership with Salon. Listen to the whole program here.

In my eighth grade year, I didn’t care about school. Most of the time I wasn’t even going to class. When I did go, I was in ISS all the time – in-school suspension. It got to the point that I’d come to the school in the mornings, and they would send me right there. Already had my desk reserved and everything.

I had a bad attitude almost my whole life. The smallest things would make me snap. In the classroom the teacher tells you to do something and you're surrounded by friends used to you being like, “Oh I ain’t doing nothing,” so you feel like you have to stand up. I had a certain level of “hardness.” Very ignorant. It didn’t lead to anything but me sitting in ISS by myself while my friends were in class laughing.

I did my work, though. When reports cards came, people would be like, “Yo! You making A’s and B’s.” Because I’d go home and do my work. At school, I was having fun. I’d come to class, make a couple jokes, put my head down, go to sleep. But by the time I got home, I made sure I did everything. That was my ambition, I guess.

Everything changed in my ninth grade year. I can still remember the day it happened. I was sitting in class getting ready for football practice. And my mama texted me and was like, “You gotta get home today, don’t go to practice.” My mama loved my playing football, so I knew there had to be something going on.

When I got home after school, the house door was wide open. I saw my mama sitting in the front crying. She came running up to me. “He gone, he gone.” I’m like, “What you mean?” She’s like, “Your brother’s dead.”

Turns out my brother was super-intoxicated, and he went to go commit a crime and the crime went bad. He was shot three times, and he died.

I went downhill after that. I stopped going to school. Started fighting. Just doing crazy stuff. All because I’m thinking, “Somebody got to pay for this.” I thought about quitting school, but I knew that was the stupidest idea. I wanted to graduate. I needed to accomplish something my brother didn’t accomplish. My mama didn’t get a chance to see him walk across the stage.

That’s when I came up with the idea of going to the Middle College at NC A&T State University [a boys’ school that is part of the North Carolina New Schools Project]. It wasn’t easy to get in. I had an interview. The woman told me, based on my attendance record, I really wasn’t qualified. But she also said she was going to give me a shot, because of my grades and my personality.

And I came in making straight A’s. I mean, I’ve been busting my tail off all through high school. But at the same time, even if you’re making good grades, if your behavior is not reflecting your grades, then your grades are eventually going to suffer.

And that’s what broke my pride. For a short period of time I resented her. I wouldn’t even step in the house after school. I ignored her phone calls and everything. But at the end of the day I did come back to her and told her she was right. I had to take a look at myself. As much as I didn’t want to hear what she was saying, it was true.

Now I’m in my senior year. All my classes are honors. English 12, e-commerce, marketing and astronomy. My GPA is over 3.5, I got both of the honors societies on my resumes. And next semester, I’ll have mostly college classes. I want to go to college afterward, and major in international business and mass communications. I want to help my niece have a better life. She’s my brother’s child. By the time she’s my age I want her to be sitting back, you know, relaxing. I guess those are my ambitions.

But I know I could still mess it up at any moment. I’ve got everything going my way, but East Market Street is what’s going to bring me down. Eastside Park in Greensboro. As much as I want to deny it, that’s probably what’s going to destroy my future. The more I keep going there, the more it’s going to take me down.

Everything you don’t want your child around is in that park. Gangs, violence, drugs, sex, ignorance, guns. And it’s not just my friends who are there. It’s family members. That’s where my dad’s side of the family is. So it’s not one of those things where it’s just friends I could drop. This is my family. I have to see them. My aunts, my nieces, my cousins.

I’ve learned a lot about choices. Choices will make or break your future. I know what I got to do. But a lot of my friends, they don’t have no direction, no nothing. They don’t know that neighborhood is going to be their downfall.