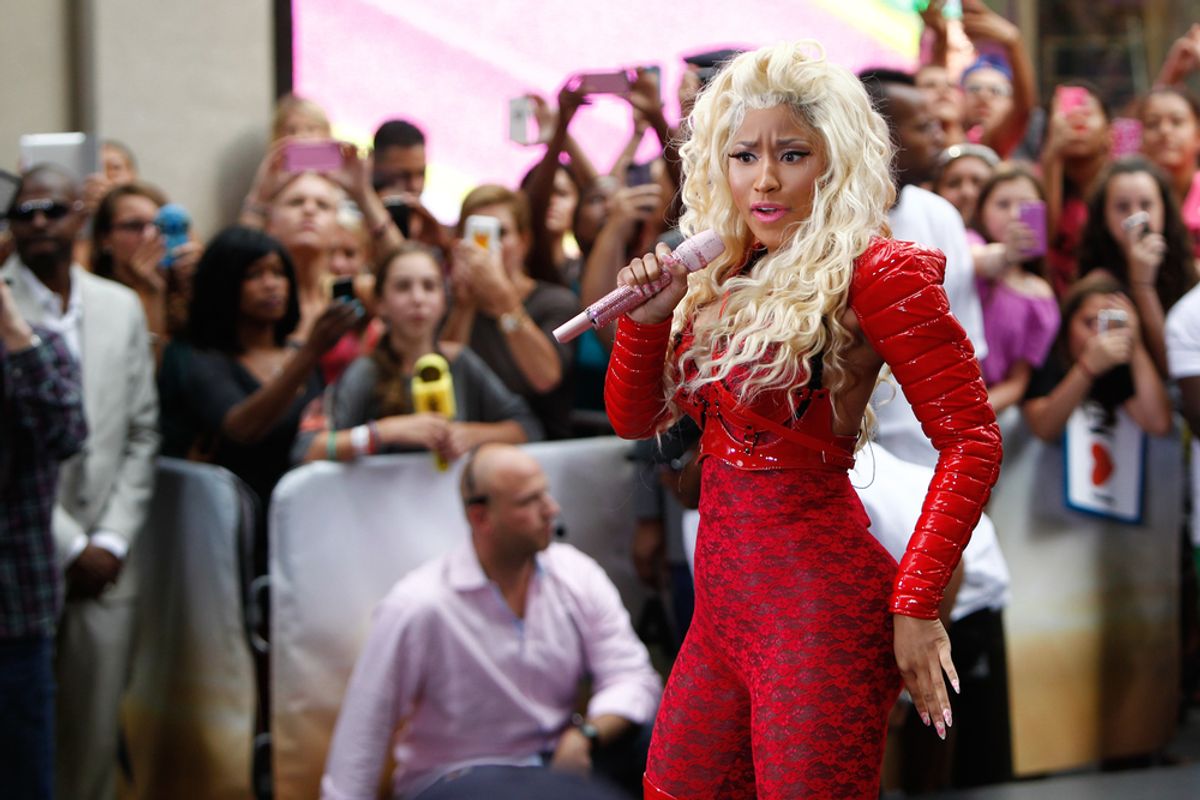 So the rumors that rapper Nicki Minaj and fellow "American Idol" judge Mariah Carey are feuding are true. Last month producer Ryan Seacrest had to dismiss the speculation, saying on the "Today" show that "There are not too many dull moments between the two of them, but at the end of the day, we all hug and laugh and go home and get ready for another day. They get along fine, but they're strong and candid in their opinion."

Now, TMZ has footage of the two stars at each other's throats. Or at least, Minaj is at Carey's, according to the transcript:

Nicki  Get this s**t in self control.  Get in control.  Get in control.
[American Idol judge] Randy [Jackson] Settle down, settle down
Nicki  Don't lose your head.  Don't lose your head (inaudible).  Don't tell me I'm a gangster.
Nicki  (inaudible) every 5 minutes.  So every time you patronize me, I'm-ma take it back, and if you've got a f**king problem, handle it.
Nicki  I told them I'm not f**kin' putting up with her f**king highness over there.  Figure it the f**k out.  Figure it out.
Nicki  I'm not gonna sit here every f**king minute to have you come down and harass me every minute everyday.

According to TMZ's sources, Minaj threatened Carey with violence before the video began, saying, "I'm gonna knock you out." Producers are worried about their long-term behavior on the show, but maybe this gives us a taste of future drama in Minaj's possible reality TV show.