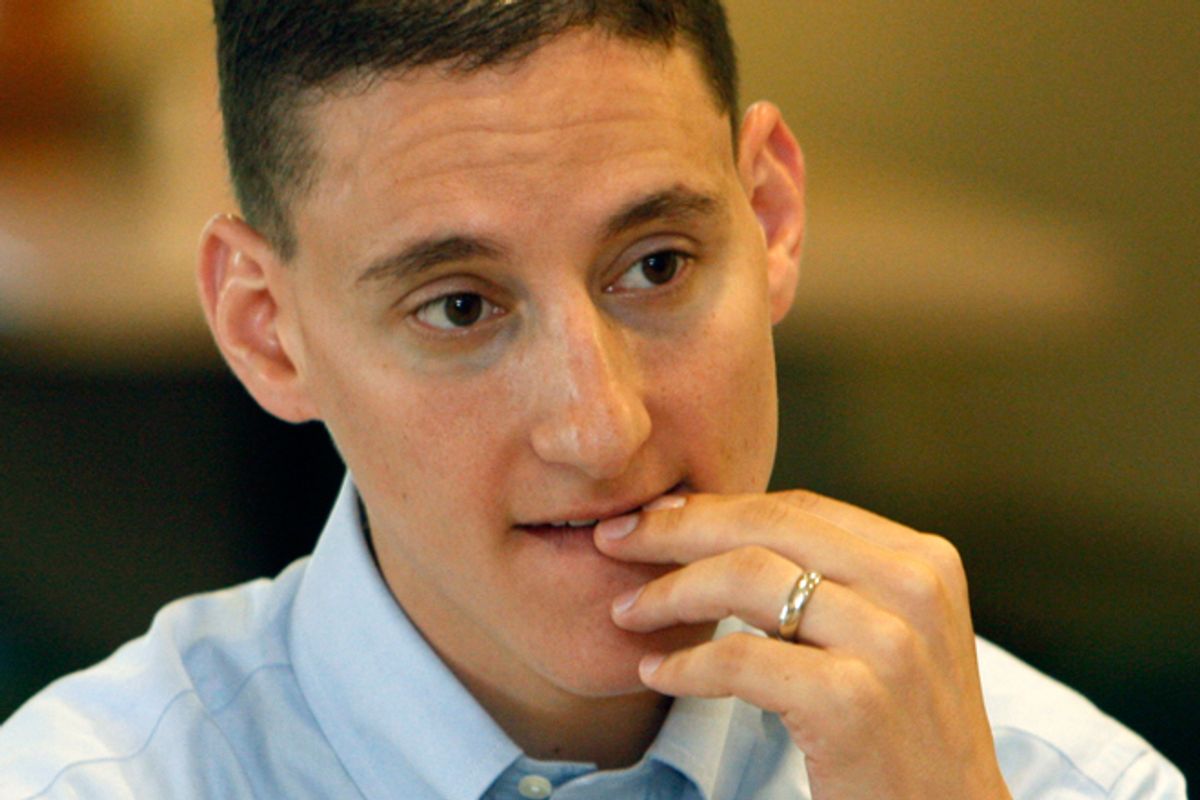 Earlier this year, Ohio’s Republican State Treasurer Josh Mandel, who is currently locked in a heated bid to unseat Democratic Sen. Sherrod Brown, got in trouble for skipping meetings of a three-member commission he chairs. He attended his first meeting of the Board of Deposit, which determines which banks hold the state’s public monies, in March after the AP and other news organizations reported he had skipped the previous 14 meetings. During one meeting in late January, Mandel was instead attending a $2,000 a ticket breakfast fundraiser in Washington, D.C.

Mandel said at the time that he sent representatives instead of attending personally because he learned in the Marines the importance of empowering staff, but that didn’t satisfy many in the state. “Mandel, who is running as if there's no tomorrow against Democratic U.S. Sen. Sherrod Brown, needs to consider the maxim that good government is the best politics. And at the state treasury, good government means minding the store,” the Cleveland Plain Dealer editorialized. The watchdog group Ohio Citizen Action added, “never attending or just coming to one to make a big show after you’ve been so heavily criticized is a problem.” Previous Treasurer Kevin Boyce attended 11 of 24 meetings, while Richard Cordray, who now heads the federal Consumer Financial Protection Bureau, only missed one meeting when he served in the post, according to a local TV station’s investigation. Since the news reports came out, Mandel has attended every meeting of the Board of Deposit -- for a total of seven between March 19 and Sept. 28.

But it’s not just meetings of the Board of Deposit that Mandel has skipped. The Ohio state treasurer serves on an additional seven boards or commissions, according to his office’s annual report, for which Mandel’s attendance record has not been scrutinized thus far. The eight boards have met a total of 48 times since Mandel took office, and he hadn’t attended a single meeting of any of them until catching heat for skipping the Board of Deposit meetings, according to information obtained through open records requests by the liberal research group American Bridge and provided to Salon. Mandel still hasn’t attended any of the other boards’ meetings, and his seven appearances at the Board of Deposit -- all since the controversy began -- remain the only times he’s attended any of the meetings. In his first 14 months in office, his attendance record was zero.

In addition to the State Board of Deposit, Mandel lists as his “additional duties” the Ohio Public Facilities Commission, the Sinking Fund Commission, the Agricultural Financing Commission, Financial Planning and Supervision Commission, Mine Subsidence Underwriting Board, Ohio Student Tuition Recovery Authority, and Petroleum Underground Storage Tank Release Compensation Board.

One reason for Mandel's poor attendance record might be that some of the boards he makes a show of sitting on barely exist. The Sinking Fund is apparently mostly defunct today, though it still exists in statute; Mandel’s own website states the board hasn’t met since March 19, 2008. It currently has “no issuing authority” after the Legislature transferred that power to other commissions. Given that it hasn’t met in four years and has no power, it’s unclear why Mandel lists it as a responsibility of his office. The Financial Planning and Supervision Commission is also a bit mysterious, as there is no single commission with that name. Rather, the name is used for various ad hoc commissions established to deal with local school districts or units of local government that face fiscal emergencies and have to be rescued by the state. A spokesperson for Mandel’s campaign did not respond to requests for explanation or comment.

Justin Barasky, the communications director of Sherrod Brown’s campaign, said the new attendance data show that Mandel is more concerned about higher office than his current one. "Josh Mandel's wildly out-of-control political ambition has led him to completely ignore his job and turned the Treasurer's office that he's supposed to run into nothing more than a place to change clothes in between campaign stops. Josh should be ashamed of the way he's handled himself as Treasurer and the unqualified political cronies he's installed to mind the store while he's out raising cash for his Senate run and attempting to physically intimidate opposition staffers,” Barasky said in a statement.

Mandel has also come under fire for hiring campaign aides and college friends who apparently lacked relevant skills and experience. One top aide responsible for overseeing municipal bonds was even sent to attend an introductory class on municipal bond law. It’s ironic because while running for the position in 2010, Mandel assured voters, “Unlike the current officeholder, I will ensure that my staff is comprised of qualified financial professionals -- rather than political cronies and friends.” The liberal Ohio political blog Plunderbund has sued Mandel’s office after it claimed Mandel refused to respond adequately to multiple requests for public records.

But this week, the Republican Senate hopeful is dealing with a different controversy, this one sparked when he physically pushed a Democratic campaign tracker and then apparently lied about it. Interestingly, he was on his way to a Board of Deposit meeting when the confrontation took place.