California schools on the brink

How much government is too little? The Golden State -- and the nation -- may soon find out 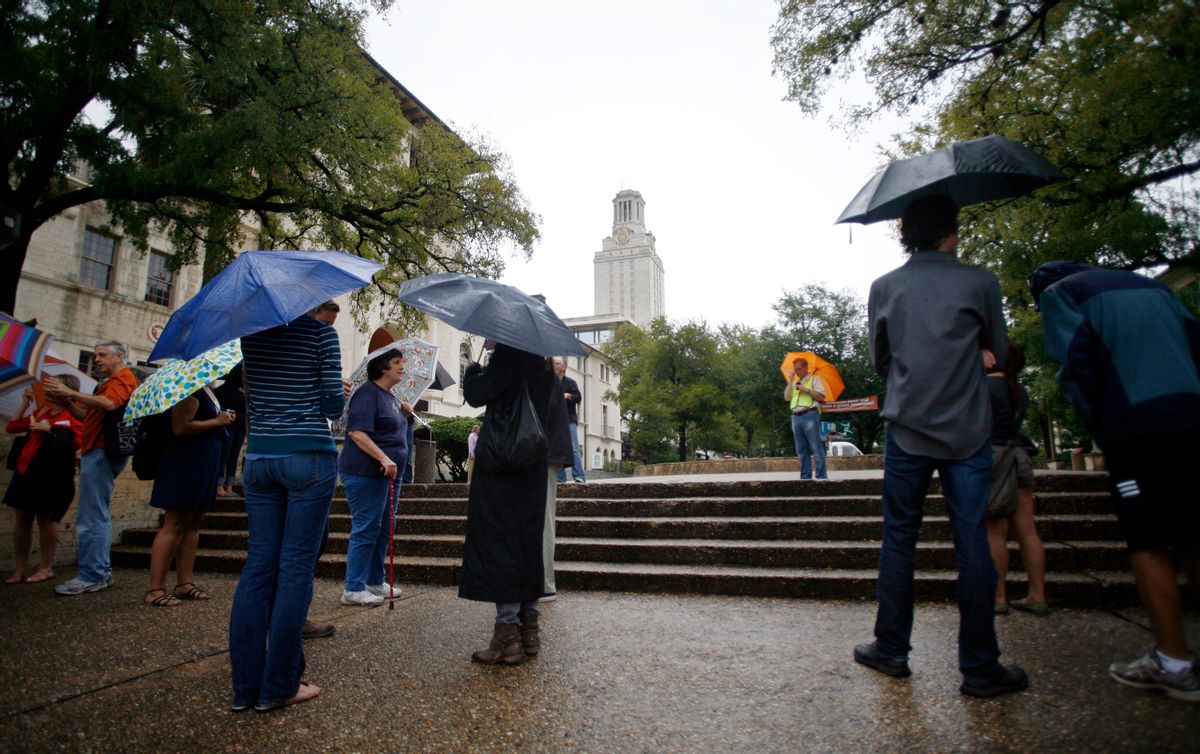 California’s public education system, once the finest in the nation, is on the edge of the abyss.

If the state’s voters don’t approve a package of emergency tax increases at the ballot box in November, the system – already pushed to the brink by decades of budgets cuts, swelling class sizes, skyrocketing inner-city dropout rates, shrinking libraries and disappearing arts and music programs – will start to shut down altogether.

That’s the dire scenario laid out by John Deasy, superintendent of the Los Angeles Unified School District, the largest in the state, who says he won’t be able to afford to keep his schools open beyond April unless voters approve a new injection of cash.

“The school year will have to end ... about a month and a half early,” Deasy told a group of district students recently. “We won't have enough days for seniors to graduate. The year will end before APs [Advanced Placement exams], before graduation ... And things will get progressively worse each year from now on."

In an election year in which the role and size of government is at the center of the political debate, California shows what happens when government is pared to the bone: K-12 education is easily the state’s biggest line item, accounting for roughly half the budget, so if schools can’t afford to stay open past spring break it would mean a massive top-to-bottom systemic failure.

On the face of it, voters are sympathetic to Gov. Jerry Brown’s efforts to stave off disaster. His ballot initiative to increase sales taxes and place an extra tax burden on the richest California households, Proposition 30, was leading by 19 points (54 percent to 37) in the most recent poll.
But the issue is far from settled. Persuading voters to approve tax increases in a depressed economy is always a challenge, and support for the governor has been slipping as the election approaches. There is also a rival tax-hike initiative on the ballot, Proposition 38, whose private sponsor, Los Angeles civil rights lawyer Molly Munger, argues that any new tax revenues should go directly to schools without passing through Sacramento, the state capital.

Munger’s initiative, which would levy income taxes across a much broader swath of Californians than would Brown’s, is running well behind, but her TV advertising campaign is playing heavily on voter mistrust of the state Legislature and, according to the governor’s supporters, could end up having a spoiler effect. Or, as Dan Walters, the dean of Sacramento political columnists, describes the worst-case scenario: “A murder-suicide pact.”

Neither initiative would be necessary were it not for California’s budget rules, which call for a two-thirds majority in the Legislature for any proposed tax increase. Gov. Brown spent months trying to cajole just four Republican legislators into joining the Democratic majority so the worst of the red ink would stop bleeding away, but to no avail.

This is not a one-off crisis traceable to the 2008 economic collapse. California’s school funding meltdown and the state’s political deadlock are two sides of a broader issue that has hung over American politics for more than 30 years.

California was the birthplace of the modern era’s first significant tax revolt – Proposition 13, which was approved by voters in 1978 – and nothing has been quite the same since. Homeowners may have been happy to get the government off their backs and pay lower bills. But the initiative capped property taxes to the point where it made the state disproportionately dependent on income tax revenues, which fluctuate according to the business cycle and so make budgeting much more volatile. It also introduced the two-thirds rule in the state Legislature, which, together with the growing obstructionism of the Republican Party, has made it next to impossible to raise taxes in Sacramento.

The most glaring casualty of the anti-tax mantra has been public education. In the 1970s California ranked in the top 10 states for per-pupil spending; now it ranks 47th. It once pioneered class-size reduction; it now ranks dead last in pupil-teacher ratios. "That's pathetic and terrible when we [in California] are in the ninth largest economy in the world," Superintendent Deasy said.

With Mitt Romney and President Obama trading barbs about the uses and abuses of government in their presidential contest, Californians will have to decide whether taxes are, in fact, a necessary evil and embrace them to prevent public education collapsing before their eyes.

Both Munger and the Republicans complain that the governor’s initiative will put too little money into schools, reserving the bulk of the new revenues for paying down state debts. It’s an argument designed to appeal to the electorate’s impatience and its suspicion of the political class. But Deasy says it is also misleading, because a lot of the debt the state has incurred is being carried by the school districts and needs to be cleared before anything else can happen.

LAUSD is entitled to receive $5,200 in state funding per pupil per year, but in recent years – ever since the economic crisis hit – the state has been coughing up less than $4,000. That has forced the district to borrow hundreds of millions of dollars on the open market to cover the shortfall, and pay interest on what it borrows.

Deasy said the governor’s plan would pay back that money over three years and then provide several more years’ funding to put his schools on a more stable footing. Munger’s plan, by contrast, would offer money to the schools but do nothing to address the structural debt problem. "If the governor's measure passes, the pain stops,” he said. “If [Proposition] 38 passes, the pain doesn't stop."

And if neither one passes? Then local communities will be forced to raise money piecemeal by appealing to their local cities and counties, most of which are broke, or by putting local parcel taxes on the ballot at the next election. Parcel taxes, though, require a two-thirds majority to pass, just like the state budget. And they almost never do.

The impact of a new round of cuts will inevitably be felt the most in the poorer schools, many of which are failing already. Felix Ruano, a senior at the 2-year-old Ambassador School of Global Leadership in L.A.'s Mid City, reports that a quarter of his class dropped out last year, and a quarter of the teachers were laid off. The chemistry teacher -- the only science teacher left -- has to muddle his way through physics and biology. The library is weeks away from closure. And all but one of the restrooms has been closed because there aren't enough custodians to clean them.

The system, in other words, is collapsing already. As Deasy put it: "There's nothing left to cut."

Andrew Gumbel is a Los Angeles-based journalist and the author of "Steal This Vote: Dirty Elections and the Rotten History of Democracy in America," among other books.