New reasons to say "I don't" 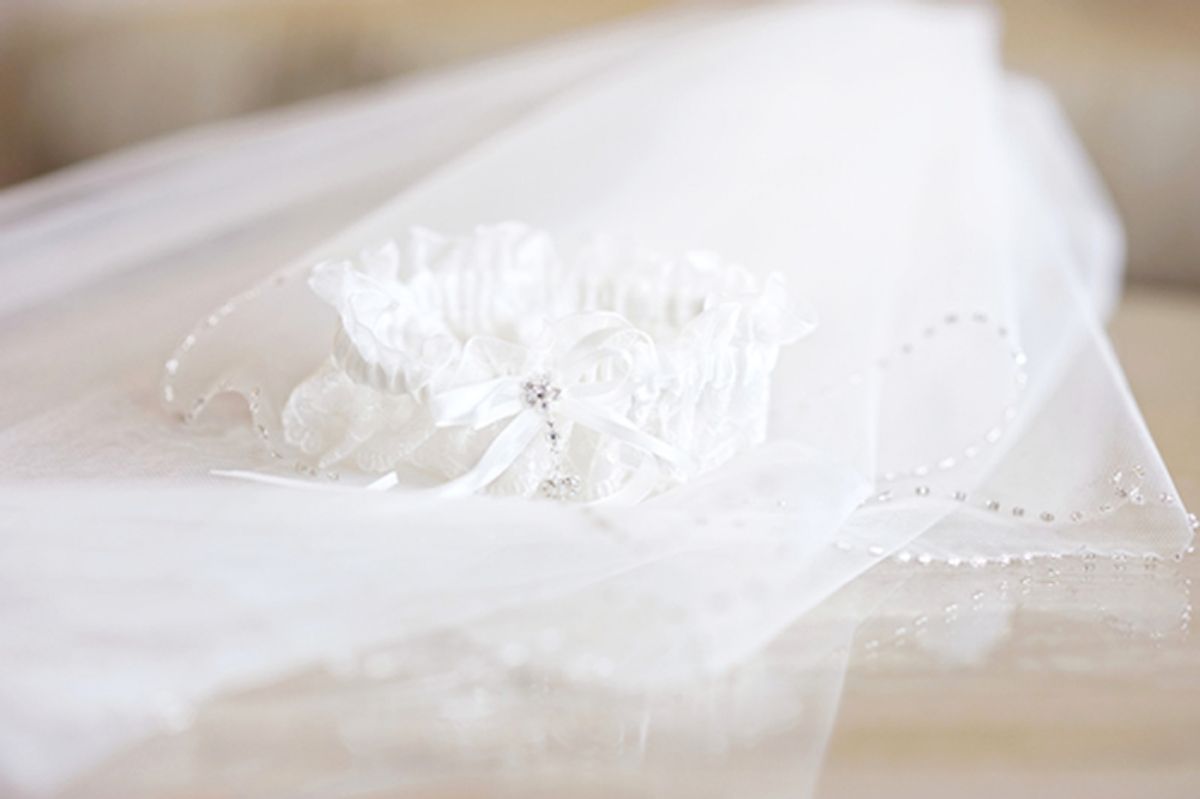 There is nothing so spectacular as the birth of a marriage—the pomp, the flowers, the gown, the string quartet, the sobbing mothers-in-law—nor so messy as the postponement of one. Wedding-day freak-outs are by now a standard plot point—or, as in “Runaway Bride,” the whole point—of any saccharine Hollywood romantic comedy, but the real-life kind have somewhat less cinematic endings: in 2005, a Georgia bride-to-be faked her own kidnapping and inspired a statewide manhunt before turning up in New Mexico, the victim of nothing more than cold feet.

New research from the University of California, Los Angeles, suggests that couples should listen to such premarital doubts long before they walk down the aisle, as uncertainty during an engagement can portend a strained marriage and early divorce. (Unless you’re Julia Roberts, in which case it portends winding up with Richard Gere and living happily ever after.) For brides in particular, the data show, doubt may be a reason to say, “I don’t.”

Justin Lavner, a doctoral candidate in psychology at UCLA, and his colleagues studied a pool of 232 newlywed couples to discover how the presence—or absence—of premarital doubt corresponded to the spouses’ relationship satisfaction and four-year divorce rate. Says Lavner, “I was interested to see, one, were there warning signs before marriage and, two, was it something the couples themselves picked up on?”

Each of the 464 spouses was under the age of 35, childless, and on his or her first marriage. In private interviews shortly after their weddings, they were asked about any doubts they’d had before the big day, the rockiness of their engagement, and their current happiness with the relationship. Forty-seven percent of new husbands admitted to feeling uncertain about getting married, as did 38 percent of new wives. (The researchers also noted any family history of divorce and measured the subjects’ neuroticism using a personality questionnaire, to later control the results.) They then tracked the couples—periodically recording marital happiness and any instances of divorce—for four years.

When Lavner and his coauthors crunched the data, they found that the divorce rate among women who’d had doubts before saying “I do” was two-and-a-half times higher than those who had strode down the aisle carefree. In addition, those who remained in their marriages were more likely to be unhappy. And for men? There seems to be little correlation between doubt and later divorce. In other words, a wife’s doubt predicts a failed marriage—not her husband’s.

This squares with what psychologists call “error management theory”: because a woman’s window for child-rearing is much narrower than her male partner’s, she must be diligent about choosing a reliable mate. It makes sense, Lavner says, that a woman’s doubt is more predictive of later divorce. From an evolutionary standpoint, “Women should be especially attuned to relationship problems in order to have the best chance of rearing their kid in the best relationship.” When a partner doesn’t meet a woman’s needs, she has a powerful motivation to go in search of a better match.

Obviously, more research remains to be done: a prospective study would allow psychologists to follow couples from engagement to marriage and collect better data. (Humans are notoriously unreliable narrators when it comes to past emotions.) And Lavner’s questionnaires were assembled in the early 1990s; the sociology of marriage has changed significantly since then. Future research will allow psychologists to parse whether all doubts are created equal: is a woman who worries about her fiancé’s drinking as likely to wind up divorced as one who worries she’s too young to settle down?

As for doubt itself, Lavner cautions, “Obviously it’s not a perfect predictor. Only 20 percent of women who had doubts got divorced. But it was a meaningful predictor. You should pay attention.”

Before calling off any weddings, couples might simply try a little raw honesty. “It doesn’t mean you should run away. But it appears that it’s not just going to go away when you get married.”