The 30,000-year-old remains include visible tusks, mouth and rib cage 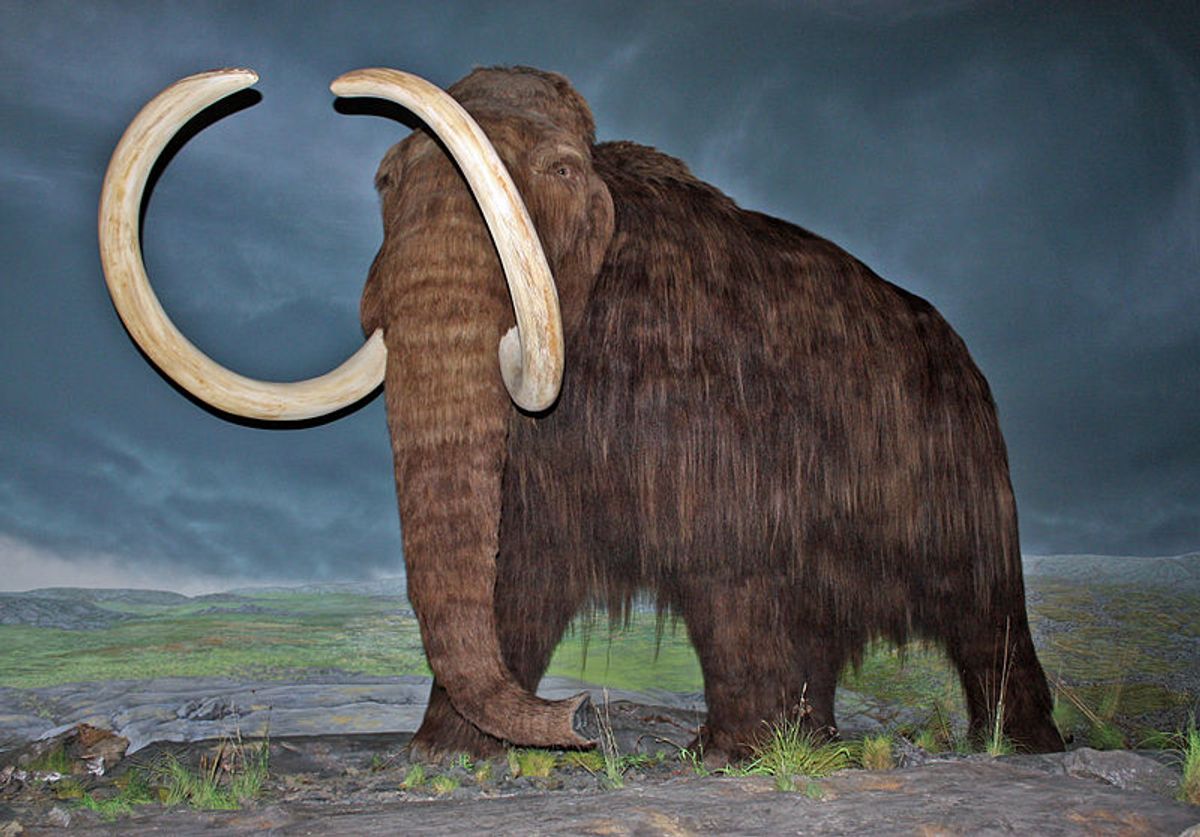 An 11-year-old Russian boy stumbled across the 30,000-year-old remains of a woolly mammoth, the New Scientist reported Thursday:

Yevgeny Salinder found the 500-kilogram beast in the tundra of the Taymyr peninsula in northern Russia. Scientists laboured for a week with axes and steam to dig it out of the permafrost it's been encased in for centuries.

Woolly mammoths have been found in the permafrost in Siberia since at least 1929, but this is one of the best preserved. Its tusks, mouth and rib cage are clearly visible.

The article notes that such discoveries fuel ongoing interest in cloning a mammoth. Scientists in South Korea, Russia and Japan are already working on mammoth cloning projects using stem cells. "Scientists are now setting their sights on the extinct woolly mammoth, after global warming thawed Siberia's permafrost and uncovered remains of the animal," AFP reported earlier this year.