You do not mess with Big Bird 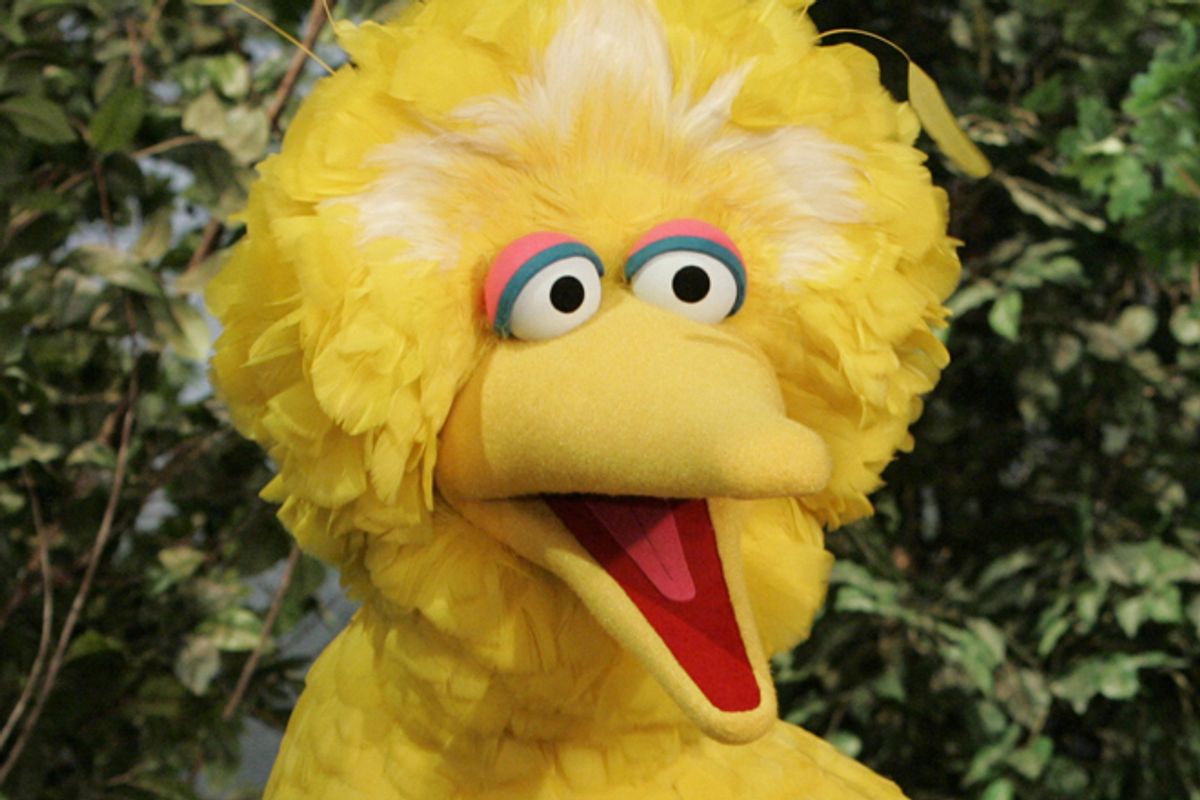 In a debate in which Mitt Romney emerged as the near universally declared winner (perhaps because it wasn't a truth-telling competition), there was one unexpected casualty of the night: public broadcasting.

Before the debate was even over, the sputtery, passive performance by PBS's stalwart star Jim Lehrer as debate moderator was already being panned as the worst thing to happen to television this year that didn't involve a Kardashian. And more significantly, the network's 43-year-old altitudinous icon, Big Bird, got a surprise dis when the man who would be president declared, "I'm sorry, Jim, I’m going to stop the subsidy to PBS. I like PBS. I love Big Bird. I actually like you, too. But I’m not going to keep spending money on things, borrowing money from China to pay for it."

The comment quickly blew up on Twitter, where the "Sesame Street" resident immediately became a trending topic, and brand-new tweeter @FiredBigBird (now @BigBirdRises, since being suspended this morning) swiftly took to tossing off his reactions to the whole thing. You know why? Because it's one thing to try to go all folksy, man of the people, we won't make poor struggling Americans pay for your highfalutin Der Ring des Nibelungen marathons and your "Frontline" documentaries about homosexual artists, and it is quite another entirely to go after Big Bird. You. Do. Not. Screw. With. Big. Bird.

What Romney, in his adorably out-of-touch way, failed to grasp with that statement is that practically every American under the age of 50 has a powerful childhood association with that goofy oversize lug. An entire generation can trace its first understanding of death to the moment that Big Bird let it sink in that "Mr. Hooper's not coming back." And another generation learned about loss and community and resilience after 9/11 when "Sesame Street" had Big Bird's own nest destroyed in a storm. (The show aired Big Bird's odyssey again after Katrina.) And I defy even a robotic millionaire to get through Big Bird's choked-up rendition of "It's Not Easy Being Green" at Jim Henson's memorial service and not completely lose it when he says, "Thank you, Kermit."

Romney's glib assertion that he can help wipe out the debt by cutting funding for public broadcasting is pretty hilarious when you consider that the current taxpayer burden for it is a little more than a dollar a person. As Neil deGrasse Tyson tweeted Wednesday night, "Cutting PBS support (0.012 percent of the budget) to help balance the federal budget is like deleting text files to make room on your 500 GB hard drive."

But more than that — and despite coming out of the evening looking stronger than he has in weeks — Romney made the error of looking like a man who is not on the side of innocence, whimsy, learning or childhood. Nor did he seem to grasp that Big Bird is an integral part of a show that was created for and remains at its core about community and diversity, one that has for decades been an essential tool in helping low-income children prepare for school. Going after Big Bird is like putting down baseball and rainbows and YouTube videos of otter pups. You just don't.

In 1969, the same year Big Bird was born, another PBS star, Fred Rogers, appeared before the United States Senate Subcommittee on Communications to plead to keep $20 million in government grants. He was speaking of his own show, but the truth holds for Big Bird's as well, when he called it "an expression of care each day to each child." And a man who thinks that's not worth a dollar a person to invest in that might win on Wall Street, but he shouldn't expect to be welcome on the street so many of us grew up on.