An economist debunks the job truthers

Nerds don't lie. If there were a problem with the numbers from the Bureau of Labor Statistics, we'd know 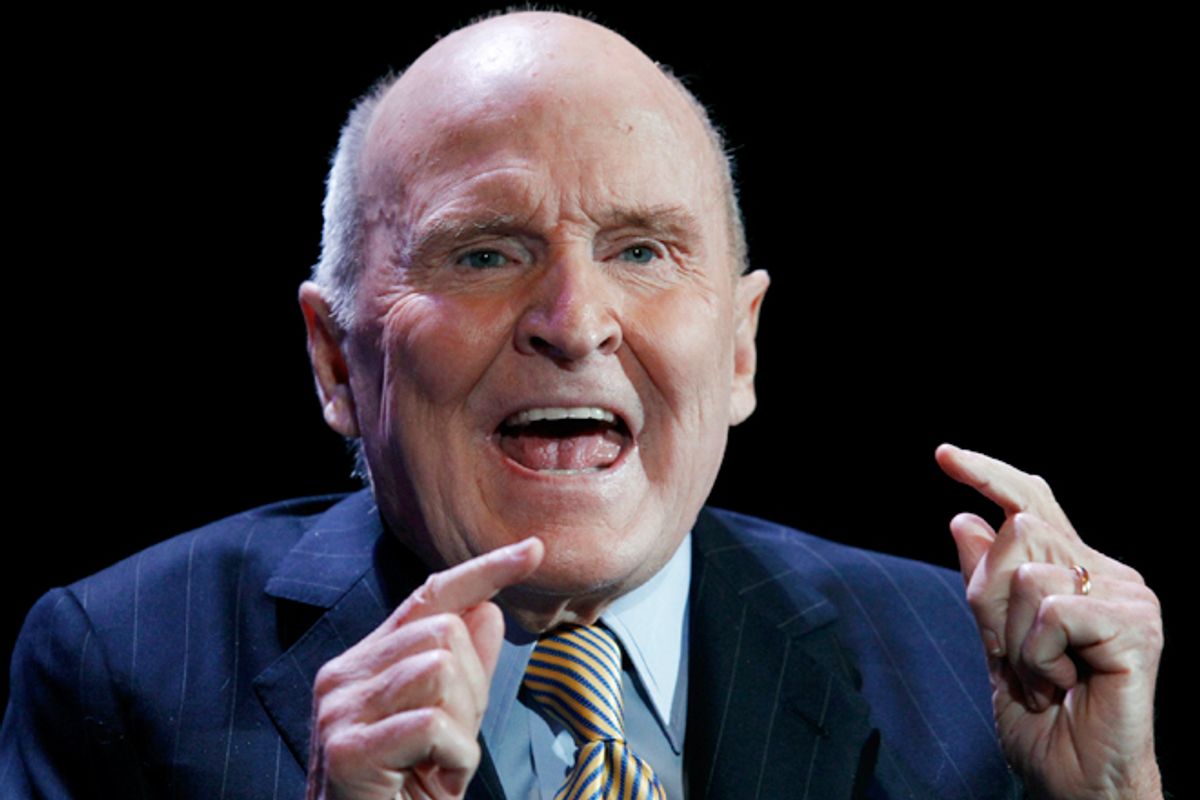 Call it the October jobs surprise! With five weeks to go before a presidential election, the government's report of a sharp drop in the unemployment rate sparked instant suspicion from Republicans. My Salon colleague Alex Seitz-Wald documented the backlash this morning in his post "Jobs Report Truthers Return." The bottom line: Conservatives are claiming that political pressure from Obama must have pushed the Bureau of Labor Statistics to fudge the numbers. None other than former General Electric CEO Jack Welch immediately tweeted:" "Unbelievable jobs numbers … these Chicago guys will do anything … can't debate so change numbers."

Do they have a case? Justin Wolfers, an up-and-coming economist about to begin a prestigious stint at the University of Michigan, emphatically says no. He explained why to Salon.

(Worth noting: Wolfers' wife, Betsy Stevenson, served as chief economist of the Bureau of Labor Statistics from September 2010 to September 2011.)

So why is it wrong to wonder whether the BLS stats have been fudged?

I'll give you three answers, in order of how convincing I find them.

First, if you know and understand the BLS and its structure -- its statutory structure and its employment structure -- you understand this simply isn't how things happen. The BLS is independent of the Department of Labor. If you go to the BLS website, you won't even find a picture of the Secretary of Labor there. It's completely firewalled.

The one exception to this would be the Commissioner of the BLS. The president appoints a BLS commissioner, but for most of this administration it's been a Republican. When his term ran out, Congress refused to confirm Obama's appointee. So the current commissioner is, in fact, a career guy from within BLS, and if you know the institution at all, the BLS is an institution of nerds, by nerds.

So you could even argue that Republicans have protected the BLS from political influence by refusing to confirm an Obama appointee?

Those would be your words, not mine!

But there is literally not a political appointee in the building. Furthermore, the process involves so many staff, and the culture of independence is one of the, if not the most, deep-seated values within the organization. The problem with the conspiracy theory is that there are so many staff who work on the numbers in various stages that such a conspiracy would be pretty much implausible. Were one to even attempt to do that, there would be so many whistleblowers that you would have heard about it already.

I know these people, I've seen how they work, I know the culture -- it's unthinkable.

And the third argument -- which I find the least convincing, but it's at least worth mentioning -- is if you were going to fiddle the numbers, this isn't how you would do it. There's a strong counterargument that Obama has actually been somewhat unlucky. The BLS discovered two weeks ago that they had been undercounting jobs growth in the previous year by 32,000 a month. So Obama could have had much stronger headlines for each month of the previous year. Would the president have wanted such dire headlines? Quite clearly, no. And if you were going to manipulate anything, what you would manipulate would be the headline payroll number, which was 114,000 -- bang on expectations.

So what explains all the revisions? Last month's and July's payroll numbers both got big upward revisions. Where do these new numbers come from?

The payroll number literally comes from a survey of firms. The BLS asks them how many people are on your payroll, and some firms just get around to filling out their surveys late, and they send them in late. So what we've learned here is that there are a bunch of firms over the last few months which were basically too busy hiring people to fill in their forms on time. This is a fairly standard cyclical response -- you also see it when firing becomes a really big issue -- sometimes firms are too busy firing people.

Or they’ve fired the people filling out the forms?