Pick of the week: An earthy, sexy new "Wuthering Heights"

Pick of the week: Heathcliff is black and the verbiage is stripped away in this gorgeous new take on a classic 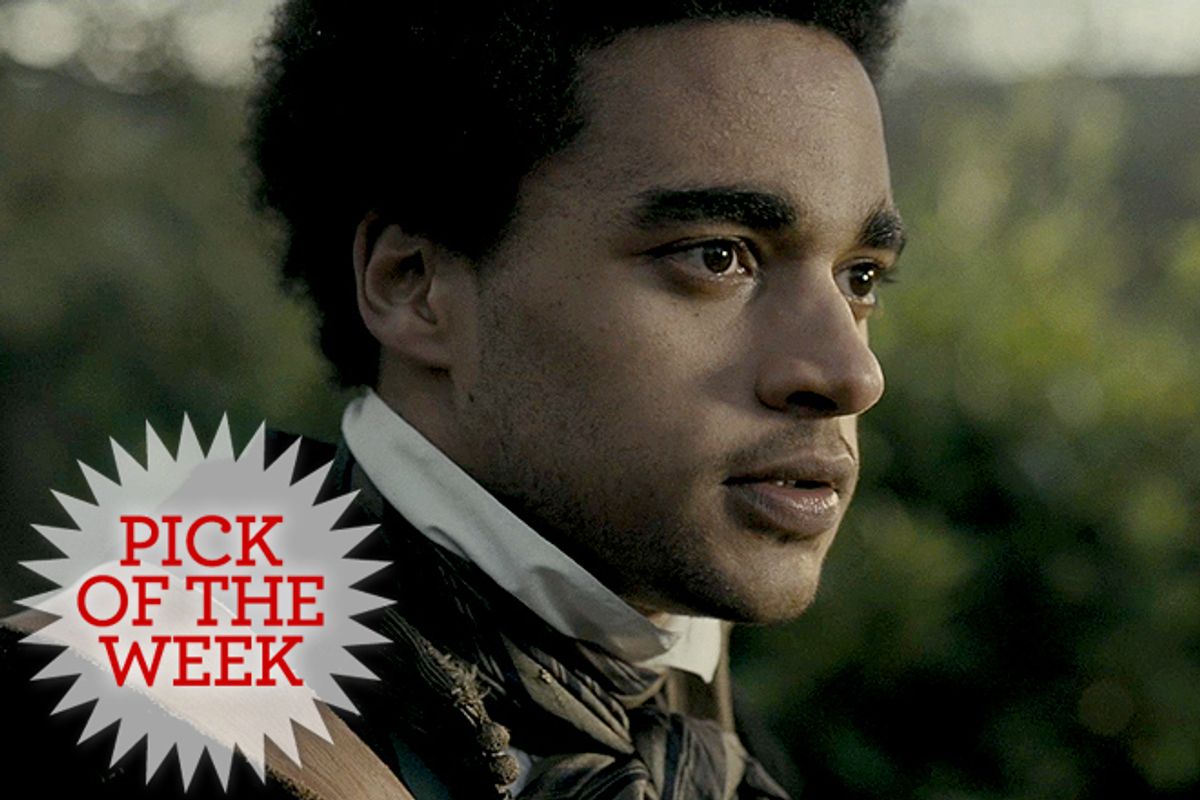 Some people will be thrilled by Andrea Arnold’s raw and daring reimagining of “Wuthering Heights” – and you can count me among them – and other people will be irritated or massively bored. But whatever you make of it, this movie isn’t like any British costume drama you’ve ever seen before. Arnold, the Scottish filmmaker whose previous work includes the gritty urban thriller “Red Road” and the intense sexual melodrama “Fish Tank,” isn’t going after Emily Brontë’s classic romance in some spirit of avant-gardism or postmodernism or anything like that. If anything, this is a pre-modern, stripped-down “Wuthering Heights,” an attempt to dig through the pages and pages of florid melodrama back to the elemental truths of life and love on the damp and frigid Yorkshire moors.

Considerable attention has been paid to the fact that Arnold has cast two actors of Afro-Caribbean heritage to play Heathcliff, the archetypal tortured romantic hero of Brontë’s novel. (Solomon Glave plays the foundling Heathcliff, in the early portion of the story, and the supremely handsome James Howson plays the adult gentleman who returns to reclaim his lost love.) But that only seems like a bizarre contemporary twist if you go by the film and TV versions, in which we’ve only seen white actors like Laurence Olivier, Ralph Fiennes or Tom Hardy take on the role. I mean, maybe Arnold has some political or cultural agenda about how Britain has always been a polyglot society, long before the era of immigration, but also maybe not. Fact is, in Brontë’s book, Heathcliff is pretty clearly not white, and what’s more he’s a character who befuddles the racial distinctions of the day.

In most descriptions of “Wuthering Heights,” Heathcliff (that’s his one and only name) is described as a dark-skinned Gypsy or Roma child, who is found wandering the streets of Liverpool and taken in as a foster child by the sternly religious Mr. Earnshaw of Wuthering Heights (Paul Hilton in the film). But his actual origins are never made clear, and one neighbor even speculates that he might be "a little Lascar or American castaway." In other words, nobody has the slightest idea who he really is or where he came from, but to use obnoxious contemporary language, he’s clearly a racial “other.” So suggesting that he might be an abandoned or runaway slave from Africa or the United States or the West Indies, as Arnold does, is entirely consistent with Brontë. What’s more, this only strengthens the sense that Heathcliff and his tomboyish stepsister and paramour Cathy Earnshaw (Shannon Beer as a girl, and the lovely Kaya Scodelario as a young woman) are outsiders, isolated from the repressive Victorian society that exists somewhere out there, growing up wild amid the crags and moors like a rain-sodden Adam and Eve.

If you could feel Arnold pushing against the boundaries of cinematic form in “Fish Tank” and “Red Road” – both magnificently photographed by Robbie Ryan -- those were nonetheless conventionally plotted films with reasonably tight structures. Perhaps assuming that most viewers will already know the basic story of Brontë's novel, Arnold and Ryan go much further here into spectacular, wide-screen abstraction. Shot in a subdued color palette that often comes close to black-and-white, “Wuthering Heights” features extended scenes of long outdoor takes, and a level of spectacular nature photography that suggests a leaner, meaner, British-centric Terrence Malick. Arnold captures the almost wordless, half-animalistic childhood existence of Heathcliff and Cathy as they wander the bleak and wondrous landscape, clutch each other on horseback, play erotic games amid the mud and rocks or comfort each other after Heathcliff – treated as little more than a servant – absorbs another vicious beating. There’s very little dialogue in the first half of the movie (the screenplay is by Arnold and Olivia Hetreed), and what there is feels like an almost irrelevant intrusion.

I have mixed feelings about this, to be honest. I saw “Wuthering Heights” for the first time at a late-night film-festival screening last spring, and it held me spellbound from beginning to end. I felt the purity and intensity of the passion between Cathy and Heathcliff, felt the bottomless tragedy of the fact that it couldn’t last, felt the sinful force of Heathcliff’s destructive pride and rage after Cathy rejects him in favor of Edgar Linton (James Northcote), her boring bourgeois neighbor. More than that, I felt the rain on my face, the frozen ground through my shoes, the pain and tension of the atavistic family warfare between Heathcliff and his vindictive stepbrother Hindley (Lee Shaw).

But I also don’t have any illusions that this kind of movie, or this approach to making movies, has broad appeal. I watched “Wuthering Heights” with a friend in the business, a passionate film lover who probably watches more movies than I do, and while I sat riveted, she simply faded out after a while. Afterward she told me she thought it should be cut down by 20 or 30 minutes. The art-film purist in me doesn’t want to agree with that, and neither my friend nor I get to vote on what Andrea Arnold’s aesthetic goals should be. But given how hard it is to persuade people to pay attention to any movie that isn’t niche-marketed or frontloaded with “pre-awareness,” I’m not sure I want to see a filmmaker with her prodigious talents painting herself into some kind of Béla Tarr, zero-audience film-festival corner.

Those are larger issues than we can solve right now, so I guess we’re stuck with the usual kinds of caveats: I love this movie, and love the way it burrows through an English-lit classic to deliver a sensory, kinetic experience that’s true to the book but also entirely different. I hope you love it too, but don’t come back to me and claim you weren’t warned: This may test your patience, it’s not for everyone, it’s a stretch to call this “entertainment” and so on. As far as Heathcliff being black – well, deal with it. Arnold’s simply right about that one, and it’s Laurence Olivier and Ralph Fiennes and all those costume-drama versions of the story that are wrong.