Heart's Ann and Nancy Wilson have been rockin' for nearly 40 years, but they're as relevant as ever 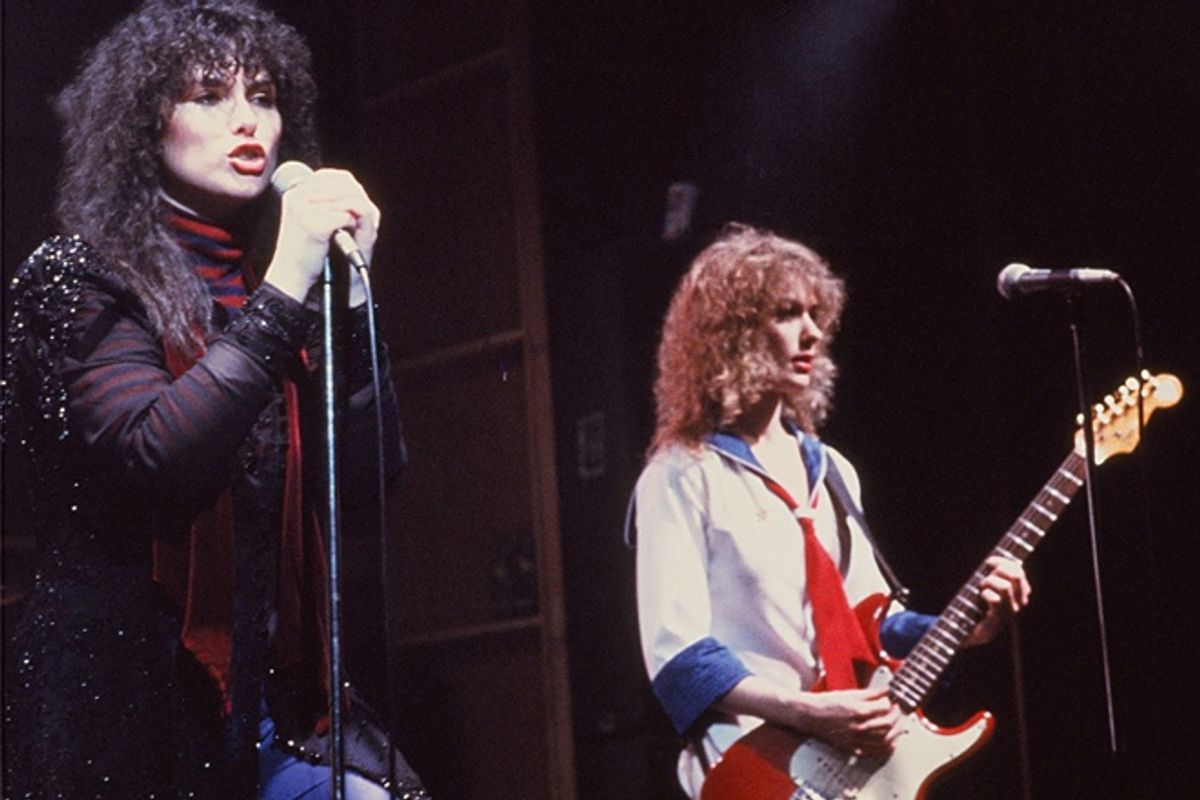 On Thursday, Heart was nominated for the Rock and Roll Hall of Fame’s Class of 2013. The band’s appearance on the ballot wasn’t a huge surprise: Besides the fact Heart was also nominated last year, the group has never been more popular — or more prolific. Earlier this year, the band’s principal members, sisters Ann and Nancy Wilson, lovingly curated a career-spanning boxed set, "Strange Euphoria." A few months after that came their brutally honest memoir, "Kicking & Dreaming: A Story of Heart, Soul, and Rock & Roll."

But at the same time, this Rock Hall recognition feels long overdue. Nearly 40 years after Heart started, the Wilsons remain remarkably underrated musicians. Their songs seamlessly integrate folk-rock tenderness and rock and roll aggression, creating the perfect balance of ferocity and vulnerability. As lyricists, they’re driven by a songwriting tradition where precise, elegant language is most effective. Subtle word choices and poetic imagery are a consistent hallmark of Heart’s songs — from the industry snake portrayed in 1977’s “Barracuda” through to the suckerpunch heartbreak of 2010’s “Hey You” (“Have you had enough of me?/Hey you”). And they’re unselfish artists who thrive on collaboration, whether with each other or trusted foils such as childhood friend Sue Ennis and producer and studio collaborator Ben Mink.

These creative partnerships certainly fuel Heart’s ambition. Yet the band also possesses an intense inner drive, which manifests itself in fiery concerts. Nancy Wilson is liberated as she plays guitar — whether strolling to the front of the stage to tease out the biting acoustic intro to “Crazy On You,” or fluidly unleashing the country-strut boogie “Straight On” and dirty roadhouse blues of “Heartless.” Vocally, Ann Wilson channels Robert Plant with ease on the band’s frequent cover of Led Zeppelin’s “Rock & Roll,” while a version of the Who’s “Love, Reign O’er Me” — another set favorite in recent years — is sonic catharsis at its finest. Ann pulls from deep in her emotional reserves (and the top of her range) for the titular phrase, which she repeats over and over with increased power and intensity.

Still, musical talent is only part of the reason why Heart endures. In interviews, the Wilsons are relatable — not untouchable rock stars, but three-dimensional, imperfect women. Both Ann and Nancy are candid and casually funny, confident and humble, passionate and poised. You wouldn’t know they’ve been rock stars for decades; they feel more like two instant friends, the kind of people you could spend hours with, lost in coffee and conversation.

Above all, the Wilsons have integrity. Being true to themselves (and their creative vision) is important, and something they take very seriously. In August 2011, the women spoke in Cleveland as part of the Rock and Roll Hall Of Fame’s guest-speaker series. During the talk, the idea of authenticity was a recurring theme. “To do rock, in a sense you have to marry rock,” Ann Wilson said. “And you have to give yourself to it; you have to really be there in it and be authentic. And give everything, basically. Sacrifice. And a lot of women aren’t comfortable making the types of sacrifices you have to make. Body and soul.” Even when talking about the '80s — a glossy era mostly driven by hits Heart didn’t write, and one that challenged their artistic sensibilities — she was brutally honest about what she had to endure: “I had to learn how to sound invested — I’m not proud. It was my time to be a bull in a china shop with my authenticity.”

She may have been talking about music, but the underlying struggle — trying to juggle work and life, or art and commerce, and maintaining a sense of self in the process — is a familiar one for many women. In that sense, it’s comforting to hear someone so confident and successful also admit what sacrifices she had to make to get there. Plus, Ann’s matter-of-fact assessment is refreshing: It’s hard to find musicians brave enough to identify flaws in the most commercially successful phase of their career — and even more difficult to find ones secure enough to admit their own mistakes

Heart’s fearless nature is a large reason why the band is so inspiring. The Wilsons are outspoken feminists: They frankly discuss gender disparities and speak out against institutional music industry sexism, something which plagued Heart’s early career. In fact, in the Wilsons’ Rock Hall talk, the theme of being women in rock and roll cropped up again and again. “Even though the conversation is being had more loudly now — the conversation about women in rock, it’s a real conversation now — I still think some things haven’t changed much,” Ann said. “I still think young women who are getting into music, into rock especially, have the same set of obstacles we were talking about earlier. There are still some pretty weird image expectations.”

While the Wilsons have always been role models to musicians of all genders (especially in Seattle), they especially try to be a supportive presence for other women. They extol the virtues of other strong female performers. At the Rock Hall event, Ann praised Adele (“amazing”) and Lady Gaga (“has a good, churchy, strong voice — I don’t even think she’s even begun to touch her potential yet as a singer”). Nancy told the story of taking her twin sons to see Katy Perry: “I thought that there are some beautiful things about people like Katy Perry, who are bold enough to go up on a pink cotton-candy cloud with one guitar — in a tutu — and sing all by herself.” It doesn’t seem right to call the Wilsons matriarchs of the music scene, though. If anything, they’re the grizzled industry veterans who went through the wringer and lived to tell about it.

Indeed, the reasons for Heart’s remarkable staying power and influence seem rather simple: Like fellow Rock Hall nominees Rush, the band isn’t retired or resting on its creative laurels. In fact, just two days before the nomination, Heart released its 14th studio album, "Fanatic." The record is a raucous statement of rock and roll defiance, full of rumbling electric guitars, jagged riffs and raw vocals. It isn’t the kind of album bands are supposed to make nearly 40 years into their career. But then again, Ann and Nancy Wilson have never lost their restless creative spirit. The self-described “emo girls from Seattle” and “woman wanderers” simply continue to embrace their duality — emotional, sonic and otherwise — and are satisfied taking the road less traveled.