What Obama was thinking about during the debate, according to "Saturday Night Live" 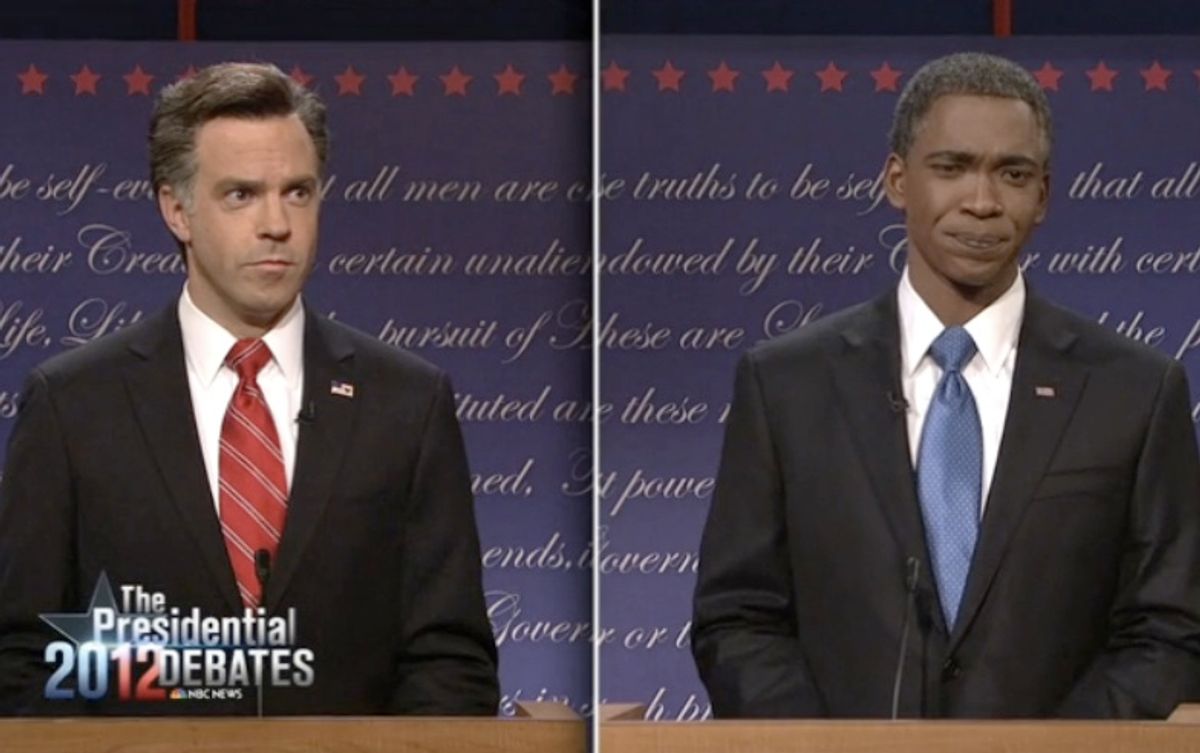 "Saturday Night Live" reenacted the first presidential debate, and offered one theory for President Obama's lack of energy. While Mitt Romney was going on about his plan for governing, with its "41 basic elements, six abrupt reversals of positions, and three outright lies," Obama had bigger things on his mind: "The anniversary gift! I can't believe I forgot the anniversary gift. This is bad."