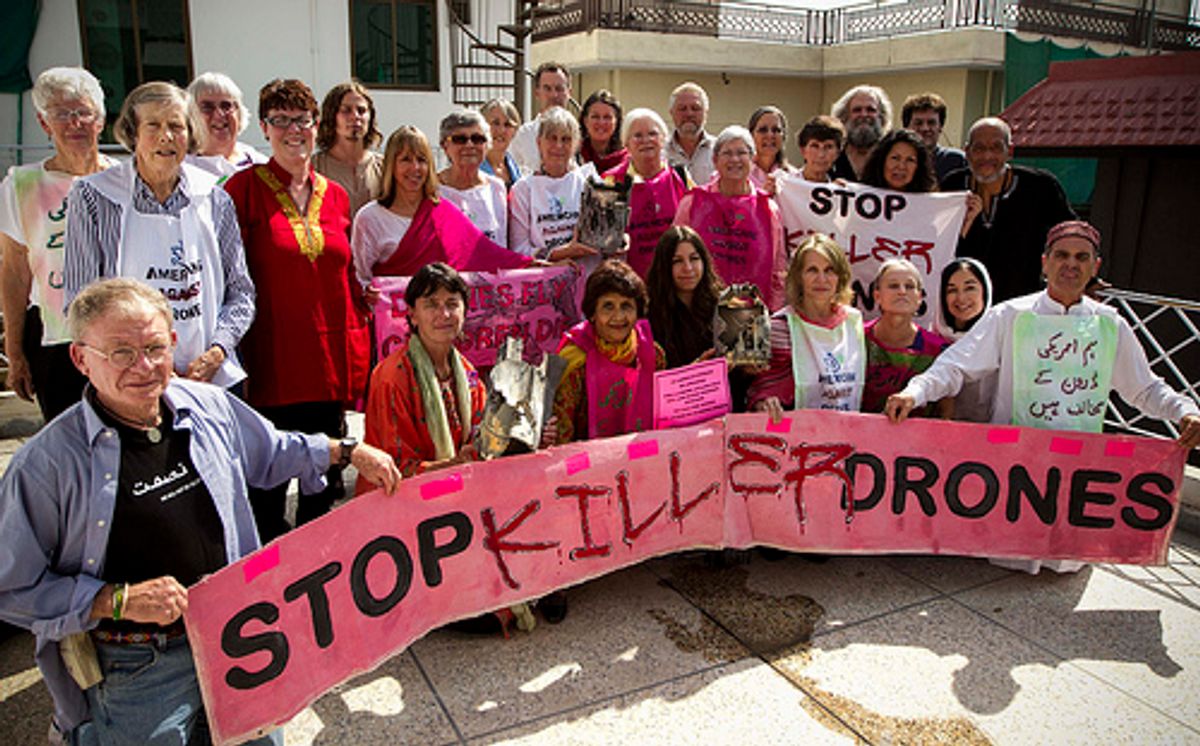 As Salon reported last week, a delegation of over 30 activists with anti-war group Code Pink traveled to Pakistan to "draw greater attention to the harm wrought by drone attacks, while reaching out and building solidarity with Pakistanis on the ground."

The group had planned Sunday to march, accompanied by Pakistani activists and cricketer-turned-politician Imran Khan, to an area beleaguered by U.S. drone strikes and Taliban militancy. However, the march was met with warnings from Pakistan's army, who set up roadblocks and prevented the marchers from reaching their destination in South Waziristan. The tribal region has been off limits to foreign visitors since Taliban insurgents turned the area into a sanctuary from NATO forces in Afghanistan.

For the Code Pink delegates the curtailed march has been only one aspect of their trip to Pakistan, which delegation organizer Medea Benjamin told Salon provides a "win-win" situation for awareness raising, regardless of the march's completion.

"While the delegates were disappointed that the Pakistani government prevented them from entering deeper into South Waziristan as planned, they feel they have been successful in putting the issue of drone warfare in the international spotlight," a statement from the group read.

The delegates -- women between 22 and 80 -- have already planned their next action. On Tuesday, many of the women will "fast from sunrise to sunset ... in front of the Islamabad Press Club," a release reported Monday. A statement from one of the delegates explained the reasoning behind the short but public fast: "I have never fasted before, but I want to do this as a small, symbolic act to express my solidarity with the Pakistani people and my commitment to educate my fellow Americans upon my return home about the human impact of our foreign policy," said Pam Bailey, a freelance journalist from Alexandria, Va.